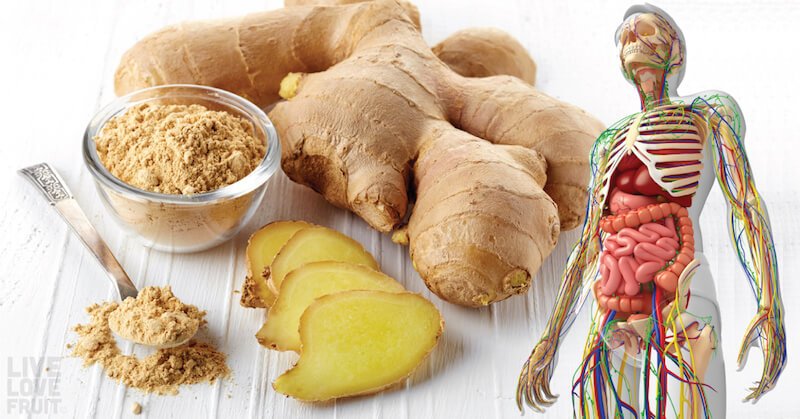 With over 115 different chemical components found in ginger root, you can be sure that ginger health benefits are plentiful.

Ginger is one of the most widely used herb in the world today. It is technically a rhizome; an underground stem that grows horizontally and forms roots downwards while leaves and new stems sprout on top. Buds form at intervals along each stem, which creates the delicious ginger root we consume today.

Ginger tonics have been used by the Chinese and East Indians for over 4,700 years to treat a variety of different ailments. During the Roman Empire, ginger was a prized possession, all thanks to its glorious medicinal properties.

Consume this herb everyday for one month, and you’ll reap every ginger health benefit mentioned below. 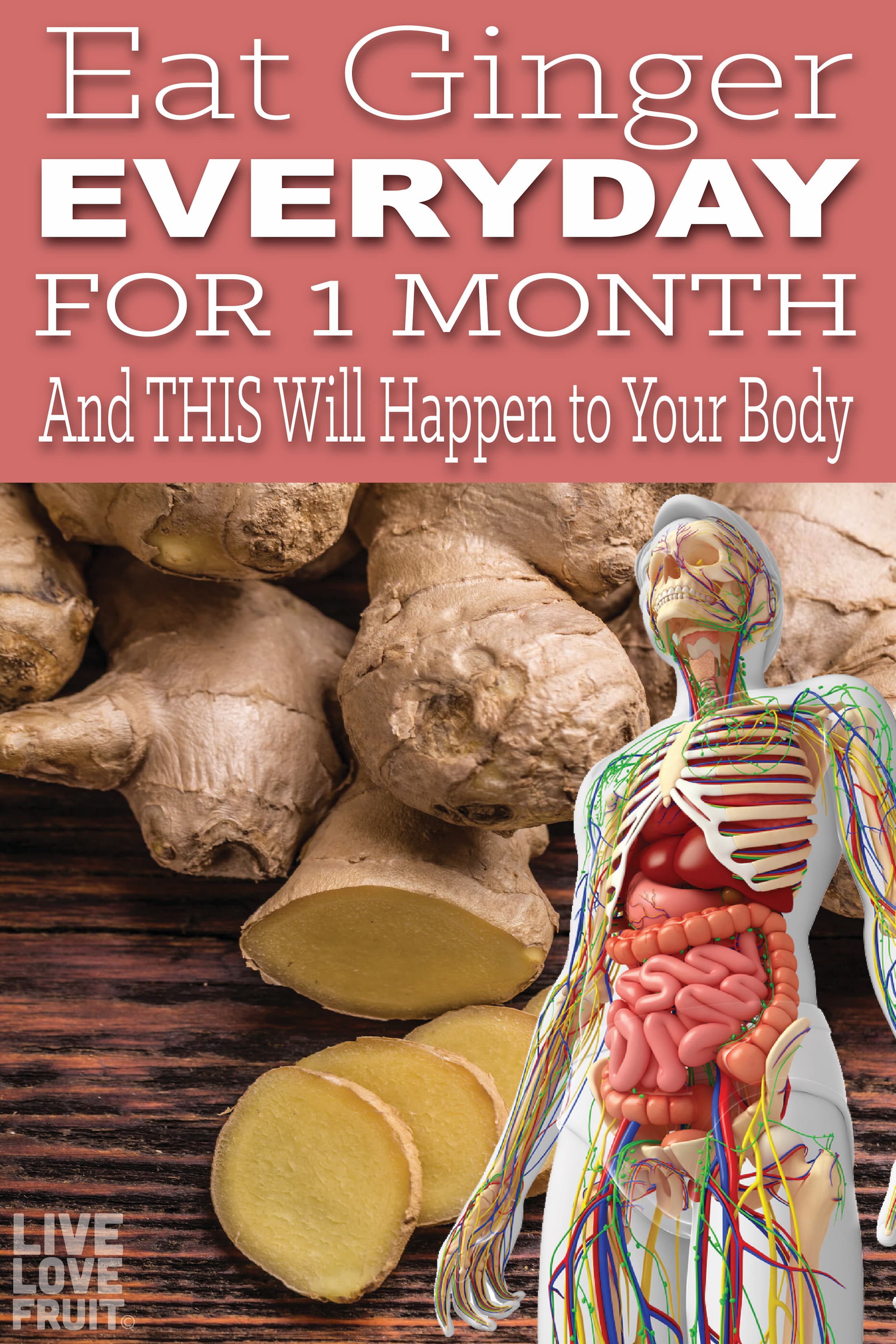 If you’re wondering how to get rid of carcinogens in the body, start with ginger. Several studies have found it beneficial in fighting lung, prostate, ovarian, colon, breast, skin and pancreatic cancers. The active component of ginger, [6]-gingerol, is an anti-inflammatory and anti-bacterial that inhibits the effects of NF-kB and a variety of other factors that trigger cancer cell growth (1).

Ginger is excellent for protecting the health of our heart. The active ingredient, gingerol, is a compound that helps relax blood vessels, stimulate blood flow and relieve pain. It is also an anti-inflammatory agent, so it helps fight heart disease.

Oxidative stress and chronic inflammation both accelerate the aging process. They are key drivers of Alzheimer’s disease and age-related cognitive decline. One study found that ginger extract was able to improve reaction times and working memories in a test group of 60 middle-aged women (7).

Other research shows that ginger can help slow down the loss of brain cells, which is a key trait of those affected by Alzheimer’s disease (8). In addition, some studies done on animals suggest the antioxidants and other phenolic compounds found in ginger can fight the inflammatory responses that occur in the brain.

Ginger is a great natural alternative to antacids. Ginger has gastroprotective effects, meaning that it prevents the loosening of the lower esophageal sphincter (LES) and blocks acid from regurgitating back into the esophagus.

Ginger is also excellent at treating irritable bowel syndrome (IBS). According to a study published in the Journal of the Medical Association of Thailand, ginger can help relax the intestines during a flare-up (9). Another study found that ginger helped relieve IBS symptoms in over 53.3% of participants (10).

Ginger is also useful for those who are bloated, constipated and suffer from other gastrointestinal disorders. It relaxes the smooth muscle in your gut lining, and helps food move more smoothly throughout your entire system.

Ever notice ginger as the main ingredient in many “fat-burning” supplements? There’s a good reason for that. Not only does ginger speed up metabolism, but research has found that eating ginger with other foods helps increase the thermic effect of those foods, thus burning more calories than you would without it (11).

Ginger also helps you feel full, longer, and therefore helps reduce your overall caloric intake for the day. Not only that, but ginger can help keep blood glucose levels in check (12). This is important when trying to lose weight, because well-balanced blood sugar levels help regulate hormones, triggering your body to burn stored fat, and increasing your metabolism to help you lose weight.

As ginger is so effective at warming the body, it can help break down the accumulation of toxins in your organs, as well as the circulatory system. According to Dr. Oz, “By opening up these lymphatic channels and keeping things clean, ginger prevents the accumulation of the toxins that make you susceptible to infections, especially in the respiratory system.”

Ginger is well known for its anti-inflammatory benefits. Gingerol in ginger acts on vanilloid receptors, which are located on sensory nerve endings. Researchers have discovered that ginger’s initial burn affects the pain pathways directly, but also relieves the inflammation, which in itself causes pain.

Studies have found that ginger can help with pain associated with menstruation or menstrual cramps. One study using 150 students with primary dysmenorrhea was divided into three groups; the ginger group took 250mg capsules of ginger rhizome powder four times daily for three days at the start of their menstrual period, and the other two groups consisted of either 250mg of mefenamic acid or 400mg ibuprofen capsules on the same daily schedule. They found that all groups had significant decreases in menstrual cramping, with no significant differences between groups (13). Therefore, if ginger is just effective as pain-relieving drugs, why not just take the ginger and skip the nasty side effects of over-the-counter drugs?

Gingerols are known to naturally improve diabetes and enhance insulin sensitivity. In a recent 2015 study of 41 participants with type 2 diabetes, 2 grams of ginger powder per day lowered fasting blood sugar by 12% (14). Another study from 2006 discovered that they could suppress sorbitol accumulation in human blood cells and sugar-fed rats (15). So not only does ginger help reverse diabetes, but it protects against and improves diabetic complications like diabetic retinopathy.

Unfortunately, when we eat a meal, we aren’t always absorbing all the nutrients. The average person absorbs anywhere between 10-90 percent of the vitamins and minerals in their food (largely due to the amount of processed foods people consume, and excessive mucus that lines the digestive tract).

Ginger helps promote regular digestion and metabolism of your food, and is therefore a great addition to your diet if you’re having trouble absorbing nutrients. According to Dr. Jockers, ginger has been known to boost nutrient absorption (16).

10. Gets Rid of Excessive Mucus

Last but certainly not least, ginger helps get rid of excessive mucus in the body – particularly the respiratory tract. Ginger can help work to reduce the build-up of phlegm in the body that might be left behind after an infection, or after eating foods that trigger inflammation in the body (and thus mucus creation).

Apart from boosting the entire system, the active component of ginger that helps with mucus is called oleoresin. These compounds are believed to stimulate the circulation and encourage any excess mucus to be released from the lungs.

After a month of consuming ginger everyday, you’ll be sure to notice some awesome benefits. I have plenty of ginger juice and smoothie recipes (great if you’re craving fruit), so to give you an example of how you could incorporate it in your diet for breakfast everyday, check out the recipes below:

Then repeat for a month! Let me know in the comments below how you felt after incorporating ginger in your diet for one month! I’ve been doing it for years, and I haven’t felt better. 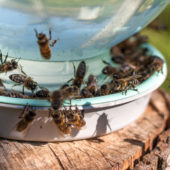