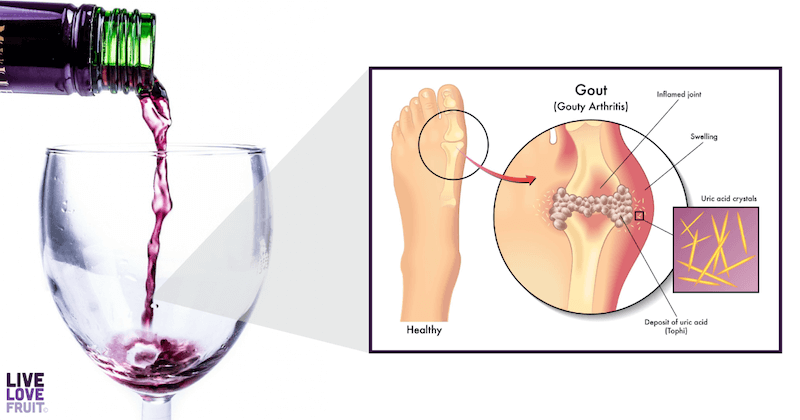 The development of gout is influenced by several uncontrollable factors like genetics and age, which means the best way to prevent the swelling and intense pain of a gout attack is to work with a doctor regularly. However, some factors that contribute to gout, such as diet and weight, are more under an individual’s control.

Because suffering from gout can be so painful, many people may want to take measures to prevent flare-ups as much as possible. Luckily, by avoiding certain gout-inducing foods — in addition to taking medication and following a doctor’s recommendations — it’s possible to prevent some attacks.

How Does Diet Impact Gout?

Though diet isn’t the only factor that leads to gout, it can play a role. To know why, it’s important to understand what causes gout in the body (1).

Gout occurs when an excess of uric acid in the body crystallizes in the joints, most commonly in the big toes, fingers, wrists and knees. These sharp crystals cause sudden swelling and are the source of the pain associated with a gout attack.

Uric acid is produced naturally when the body breaks down purines. Most purine is produced inside the body, though purines are also contained in some foods. Normally, uric acid doesn’t cause problems because the body is able to secrete it easily through urine. However, some people produce too much uric acid or are unable to secrete enough of it. In these cases, the result is gout.

In addition to foods rich in purine, those with gout should also avoid foods with lots of added sugars and refined carbs. Though more research needs to be done, reducing glycemic index seems to correlate with lower uric acid levels (3).

10 Foods That Cause Gout Flare Ups

On that note, here are 10 foods people with gout should avoid.

Alcohol is one of the most important substances for people with gout to avoid. Beer, wine and liquor can all trigger attacks, especially when more than one serving is consumed at a time. One study found that drinking two to four drinks in a day increased risk of repeated gout attacks by 50 percent (4). Alcohol’s association with gout has to do both with its alcohol content, which occupies the kidneys, as well as its yeast content.

2. Yeast as a Supplement

Yeast — along with food that contains it in large quantities — is rich in purine and can contribute to gout. In addition to avoiding alcohol, people with gout should never take yeast as a supplement, and they should avoid it in foods like Vegemite and Marmite as well.

Due to their high purine content, red meats should always be avoided, especially organ meats such as liver, kidneys and sweetbreads. Though some vegetables contain purines as well, eating animal products containing purines increases risk of gout more (5). This issue is likely due to the food’s higher relation to increased weight and obesity, which is also a risk factor for gout (6). People who aren’t already avoiding these foods should strongly consider it.

Like red meats, some seafood contains high amounts of purines. In particular, people with gout should avoid shellfish such as shrimp, scallops and crab as well as herring, anchovies, mackerel and other fish.

Many store-bought fruit juices contain added sugar. Though they don’t contain high levels of purines, juices with an excess of sugar, like other overly sugary foods, could spike uric acid production by speeding up cellular processes. It’s best to avoid juices with added sugar and instead make fresh juice at home.

Soda should be avoided for the same reason as juices and canned fruit: It’s typically high in added sugars and syrups. Because diabetes and obesity are both associated with higher risks of gout, any foods or drinks with excess sugar should be avoided.

Candy should be avoided especially if it contains high fructose corn syrup. In general, excess sugar could lead to gout-related conditions like diabetes. Treats should be enjoyed sparingly.

Refined carbs and added sugar make for a bad combination. Though these treats are delicious, they aren’t healthy. Like other sugary foods, they can lead to increased risk of gout. Though it’s probably okay to eat them every once in a while, they should be consumed in moderation.

By being conscious of diet and taking any prescribed medicine, it’s possible to lessen the risk of gout attacks. Additionally, taking positive measures to help the body manage uric acid can also be helpful. These steps might include drinking plenty of water and working to achieve and maintain a healthy weight. Talk to a doctor to learn more about what you can to do keep gout under control. 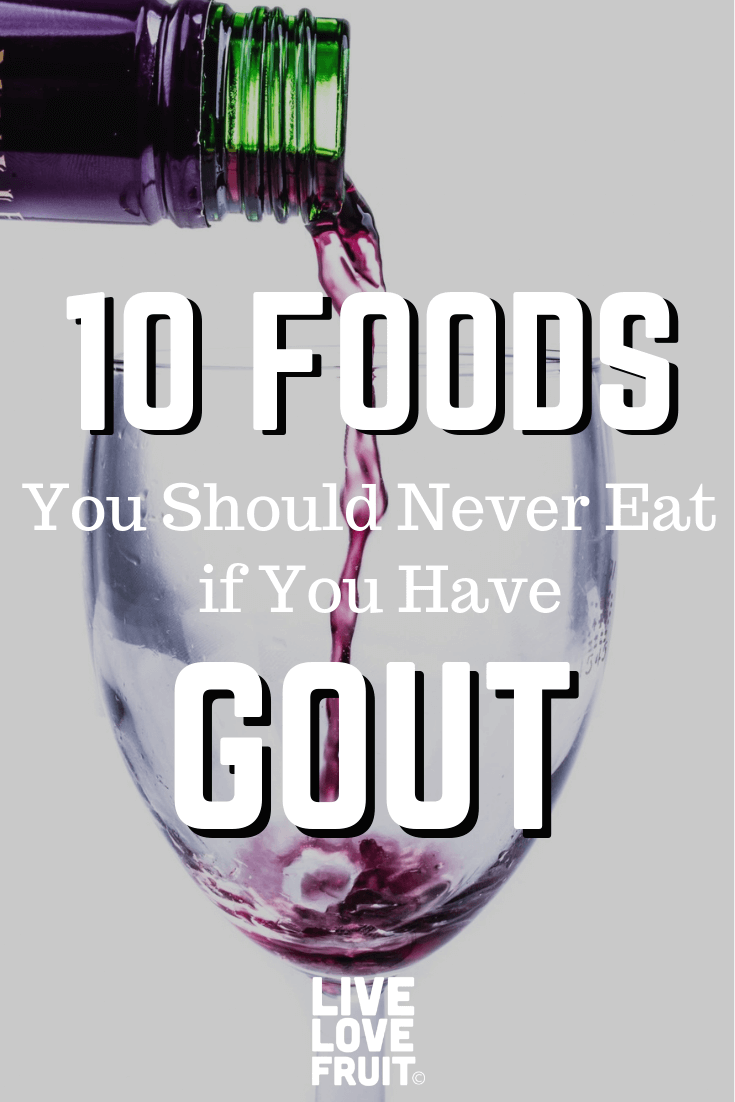