Category: > Remedies > Study Finds That Vitamin D is More Effective Than Flu Vaccine – by Up to 50%
2.6K shares 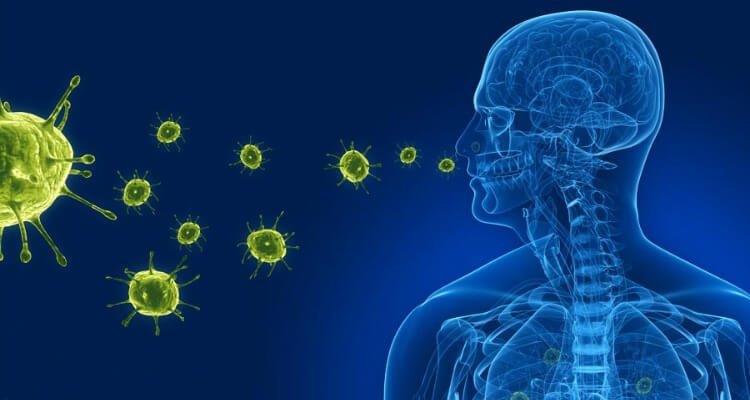 When you get sick, the first thing you think of is vitamin C. However, would you reconsider that if I told you that vitamin D is more effective than flu vaccines and other anti-viral drugs?

After all, the flu spreads most readily once seasons change and sun time lessens. In the summer, we get plenty of sun and thus, our bodies synthesize much higher levels of vitamin D. In the winter, we’re usually bundled up (especially if you live in the Northern hemisphere) and our skin rarely sees the light of day. This is also a time when people get more sick and potentially risk death if they’re elderly.

What is Vitamin D?

Vitamin D, otherwise known as the “sunshine vitamin,” is a pre-hormone made by the skin that is converted to another form by the liver. Its final form is converted by other cells throughout the body into a steroid hormone (1).

Your body can make its own vitamin D when you expose your skin to sunlight. When sunshine directly touches the skin, a chemical reaction takes place that creates vitamin D3.

Vitamin D also stimulates the production of anti-microbial peptides in other white blood cells, and in epithelial cells lining the respiratory tract, protecting the lungs from infection (2).

Unfortunately, not many people get enough vitamin D (even in the summer – thanks to a hefty layer of sunblock). Over 40% of the U.S. population has a vitamin D deficiency, meaning higher rates of disease and illness.

A recent study published in the British Medical Journal found that vitamin D supplementation was a safe and effective way to minimize risk of acute respiratory infections (3).

A meta-analysis of 25 high-quality studies was undertaken, which looked at data from almost 11,000 participants. All studies included in the meta-analysis and systemic review were randomized, double-blind and placebo-controlled.

“Overall, the study said one person would be spared infection for every 33 taking vitamin D supplements. That is more effective than flu vaccination, which needs to treat 40 to prevent one case, although flu is far more serious than the common cold.”

The study found that people who took daily or weekly vitamin D supplements were less likely to report acute respiratory infections, like influenza or the common cold, than those who did not. Those individuals who had the most significant vitamin D deficiencies (blood levels below 10 [ng/mL]), taking a supplement cut their risk of respiratory infection in half. People with higher vitamin D levels also saw a 10 percent reduction in flu risk, which is about equal to the protective effect of the flu vaccine, according to researchers.

The researchers believe that the protective effects of vitamin D can be attributed to the fact that it increases antimicrobial peptides in your lungs. The researchers also postulate that vitamin D supplementation could prevent more than 3.25 million cases of cold and flu each year in the U.K. alone.

This isn’t the only study that has investigated vitamin D’s anti-flu benefits. According to doctors in Japan, the risk of children suffering from the flu can be reduced by 50% if they take vitamin D (5).

Mitsuyoshi Urashima, the Japanese doctor who led the trial, told The Times that vitamin D was more effective than vaccines in preventing the flu. In his study, only one in ten children, aged six to 15 years, came down with the flu when given vitamin D supplementation. This was largely significant, given one in five children came down with the flu when given a placebo supplement.

Vitamin D was found to be even more effective when the comparison left out children who were already given extra vitamin D by their parents, outside of the trial. Taking vitamin D was then shown to reduce the risk of flu to a third of what it would otherwise be.

In Mitsuyoshi’s study, 354 children were given a daily dose of 1200 IUs (International Units) of vitamin D over a period of three months. In the first month, children in the group taking the vitamin became ill just as often as those taking the dummy tablet. But by the second month, when vitamin levels started to build up in the children’s blood, the advantage of the vitamin was clear.

Anti-virals are said to perform better than flu vaccines, which means vitamin D would out-perform both given the results of this study. Anti-virals and flu vaccines are also incredibly toxic, whereas vitamin D supports multiple functions in the body, and even protects against cancer, heart disease, diabetes and other illnesses.

How Much Vitamin D?

The American Journal of Clinical Nutrition published a paper in 2007 that called into question these low-dose recommendations (7). One short exposure to sunlight produces 20,000 IU of vitamin D within forty-eight hours – an oral supplement should, therefore, be much higher than 600 IU in order to have any real effect on the immune system.

While the best way for your body to absorb and utilize vitamin D is via sunlight (at least 30 minutes a day), this isn’t really possible for individuals who live in winter climates. I suggest getting out in the sun for as long as you can in the summer months, and during the winter, take a high-quality vitamin D3 liquid supplement. I take Pure Encapsulations Vitamin D3 Liquid, and it lasts me almost all winter!