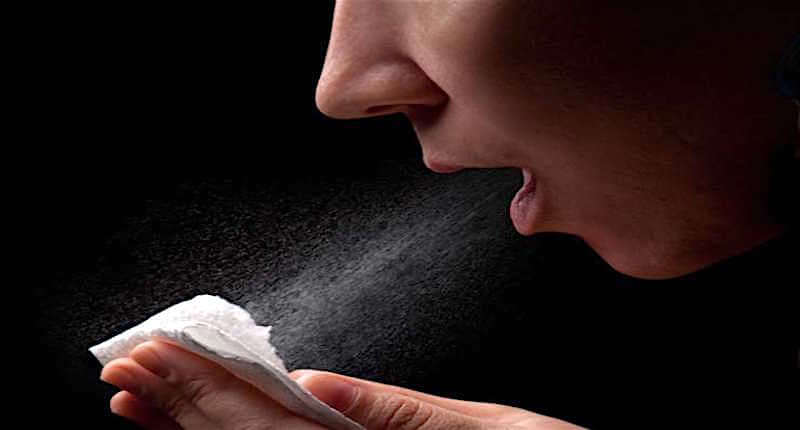 A shocking new study published in the Proceedings of the National Academy of Sciences (PNAS), found that people who receive the flu shot emit over 630% more flu virus particles into the air, compared to non-vaccinated individuals.

The study, in effect, demonstrated that flu shots spread the flu virus – a major reason why flu season continues to get worse, year by year. It also discredits “herd immunity,” seeing as how “the herd” is actually transformed into carriers and spreaders of the influenza virus.

What The Study Found 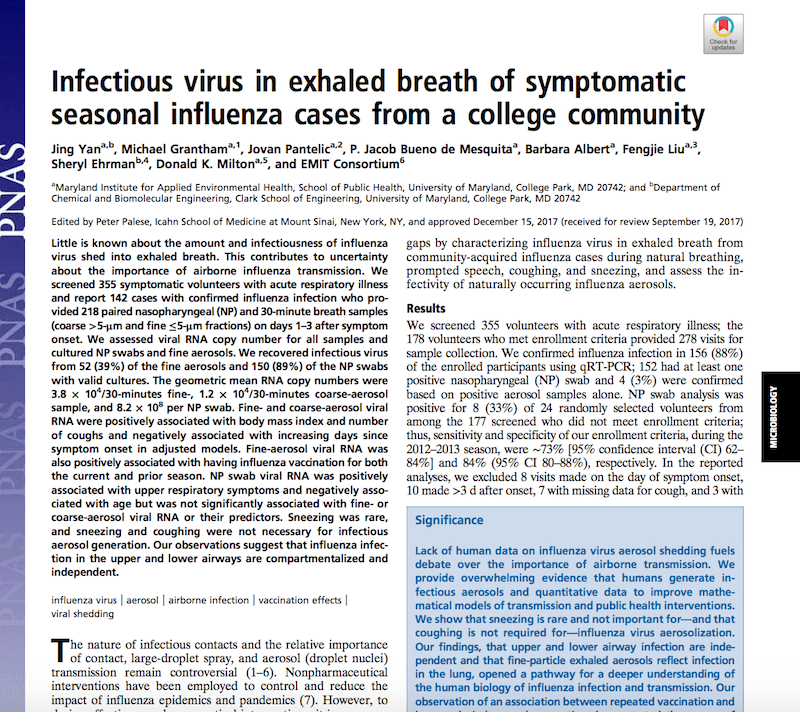 The study entitled Infectious virus in exhaled breath of symptomatic seasonal influenza cases from a college community, examined over 355 volunteers who were sick with flu-like symptoms.

The study found that individuals infected by the flu virus exhale significant quantities of the influenza virus. This means that those who are flu carriers don’t even need to sneeze or cough, but just the simple act of breathing is enough to infect someone nearby. The study also found that males shed influenza viruses in greater quantities than females through fine aerosols, and women cough more frequently.

“In adjusted models, we observed 6.3 (95% CI 1.9-21.5) times more aerosol shedding among cases with vaccination in the current and previous season compared with having no vaccination in those two seasons.”

As Sayer Ji explains in his Green Med Info article, if these findings are accurate and reproducible, that means that flu vaccination makes you more likely to spread the virus on others. Flu shots also have the highest injury rate of all vaccines, so that is another something to take into account.

Maybe this study will change the mindset of those supporting the vaccine industry who blame non-vaccinated people for spreading disease.

The study also helps explain why children who are infected with the flu (or measles, mumps, etc.) tend to be the very children who were also vaccinated against those diseases. The vaccines turn the host into carriers of the disease, who go on infecting other people (hence the flu epidemic). As a result of this, people go into panic and are forced into believing that in order to avoid the flu, they need to get vaccinated. Once they get vaccinated, a second wave of infection starts to spread, thus creating a continuous loop of infection caused by the vaccine itself.

With each new outbreak, comes a harder push on the flu vaccine agenda. Thus, perpetuating the never-ending cycle of new flu cases.

This isn’t the only study that has confirmed how the vaccinated infect the un-vaccinated. Green Med Info has gone through a series of different reports that outline this same phenomena: