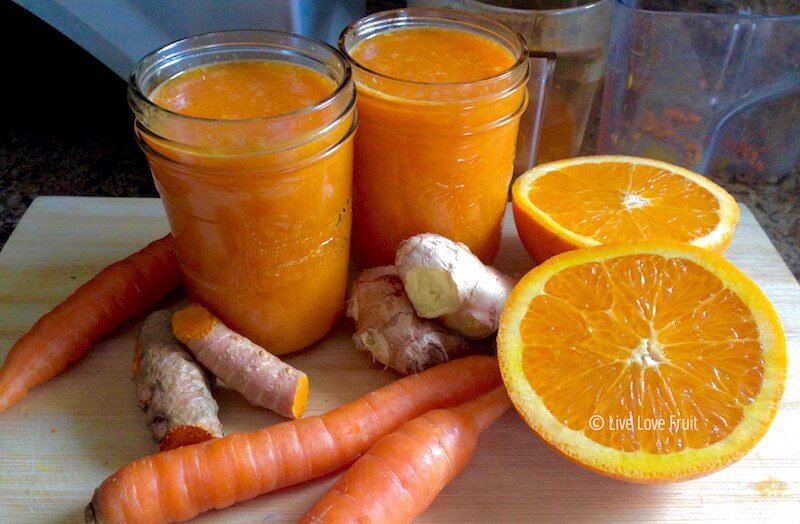 We’ve seen the effects that turmeric juice has on inflammation (as well as the brain), but what about the heart?

Although nothing can really replace exercise, turmeric has been found to produce some of the same cardiovascular health benefits as moving the body. This recent study found that taking just a teaspoon of turmeric per day has the ability to reduce heart attack risk, just as effectively as doing three 60-minute cardiovascular workouts a week.

This 8-week long study involved 32 post-menopausal women, who were either assigned to an exercise group, a turmeric group, or a control group (no change in diet or exercise). Ultrasound was used to measure changes in endothelium (the inner lining of blood vessels), which would overall determine the health of the participants’ blood vessels.

The turmeric group received 1 teaspoon of turmeric a day, while the exercise group underwent supervised aerobic exercise training 2-3 times a week, plus any other activities they might have done at home such as cycling and walking. Each of their sessions last 30-60 minutes with an intensity of 60-75% maximal heart rate.

At the end of the study, researchers found that the turmeric group and exercise group both experienced improved endothelial function at rates that were statistically significant. Their results were nearly identical, suggesting that turmeric has the same effect on the cardiovascular system as doing 60 minutes of exercise.

How amazing is that? This isn’t the only study that has discovered the connection between turmeric juice and the cardiovascular system. A 2012 study from the Chiang Mai University of Thailand found that turmeric could reduce the frequency of heart attack after coronary artery bypass surgery by 56%!

Make sure you use organic turmeric powder, or fresh root. I decided to also include coconut and black pepper in this turmeric juice recipe, as turmeric is more readily absorbed into the blood stream when these ingredients are included with it.