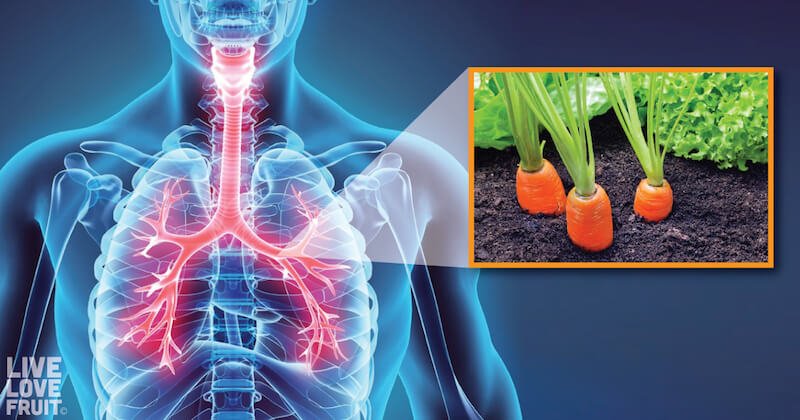 When it comes to lung damage, one of the worst offenders is chronic obstructive pulmonary disease (COPD). But what if there was a natural remedy for COPD? What if people no longer had to suffer the ill effects?

The National Emphysema Foundation states that 3.1 million Americans have emphysema, while 11.2 million have been officially diagnosed with COPD (3).

Symptoms of COPD often don’t appear until significant lung damage has occurred, and they usually worsen over time, particularly if smoking exposure continues.

Signs and symptoms of COPD include (4):
– Shortness of breath while doing everyday activities
– Chronic cough
– Chest tightness
– Wheezing
– Frequent respiratory infections
– General fatigue and lack of energy
– Blueness of the lips or fingernail beds
– Producing a lot of mucus or phlegm
– Having to clear your throat first thing in the morning, due to excess mucus in your lungs

One of the main causes of COPD is tobacco smoking, but it can also be caused by occupational exposure to chemicals and dusts.

The main causes and risk factors for COPD include (5):

• Smoking: the biggest risk factor for COPD is long-term cigarette smoking. The more cigarettes you’ve smoked in your life, the greater your risk for developing the disease. People who smoke pipes, cigars, and marijuana are also at risk.

• People with asthma who smoke: the combination of asthma and smoking increases the risk of COPD even more.

• Age: COPD develops slowly – the majority of those who have COPD are at least 35-40 years old when symptoms begin.

• Genetics: only 1 percent of the population with COPD results from a genetic disorder that causes low levels of a protein called alpha-1 antitrypsin.

Conventional medicine considers COPD to be incurable, irreversible and fatal. Most allopathic doctors believe that lung tissue cannot be regenerated, and palliative care or disease management is the standard treatment for COPD.

New studies have shown that lung tissue, can, in fact, be regenerated – all thanks to a derivative of vitamin A called all-trans-retinoic acid (ATRA).

Just twelve days of daily ATRA injections allowed the mice to grow new, healthy alveoli (tiny air sacs of the lungs, which allow for gas exchange). Dr. Donald Massaro said, “it appeared that the treatment regenerated the adult rat’s ability to produce alveoli, the small air sacs where oxygen and carbon dioxide move between the lungs and the bloodstream. The production of alveoli normally ends in childhood (6).”

Previous studies led by researcher, Richard C. Baybutt, revealed that rats fed a diet deficient in vitamin A developed emphysema. Baybutt explained in his more recent 2003 study that “when the lung content of vitamin A was low, the score of emphysema was high.” He added, “so, the hypothesis is that smokers develop emphysema because of a vitamin A deficiency.”

To further strengthen the link between smoking, vitamin A deficiency and emphysema, Baybutt and his team fed the lung-damaged rats a diet rich in vitamin A. The results? Promising. “We saw that the areas of emphysema were effectively reduced,” he said.

British scientists also announced that retinoic acid (commonly used to treat acne) reversed emphysema-damaged lungs in mice. According to the DailyMail, clinical trials have begun in America to see if treatment could be used on humans.

Lead researcher of the study, professor Malcom Maden of the Medical Research Centre for Developmental Neurobiology, said they “saw quite dramatic results. It is potentially hopefully for emphysema sufferers, and for premature babies who often suffer from loss of alveoli because of treatments given to stimulate lung growth.” The researchers found that retinoic acid made the alveoli grow back again until they returned to normal levels (8).

Beta-Carotene or Vitamin A?

With all of this being said, there can be some confusion when it comes to vitamin A and beta-carotene.

Beta-carotene is a type of carotenoid found in plants that helps produce the bright vivid orange-hues of certain fruit and vegetables like sweet potatoes and carrots. When ingested, beta-carotene gets converted by the body into vitamin A (retinol), which can then be used by the body for a variety of purposes, or it can act as an antioxidant that scavenges free radicals.

The best way to ingest this compound is through food. Experts actually warn that large or even semi-large oral doses of synthetic stand-alone supplemental vitamin A can be dangerous (9). Your best bet? Get your vitamin A and beta-carotene from food instead of supplements.

One of my favourite ways ensuring my body is loaded with vitamin A is by making a juice with plenty of carrots. Just one cup of carrots provides you with over 427% of your daily vitamin A needs.

Aside from making sure you’re eating enough orange-coloured fruit and vegetables, there are other things you can do to treat your COPD symptoms naturally. Below are just a few:

• Avoid Smoke: one of the most important things you could do to prevent COPD or alleviate the symptoms if you already have it is to quit smoking. Yes, that means all forms of smoking (including electronic cigarettes). Avoiding air pollution is also important, which brings me to my next point.

• Purify The Air in Your Home: indoor air pollution can be up to 100 times higher than outdoor spaces – so keeping it clean is so important, especially if you spend a majority of your time indoors. My go-to air purifier is the Intellipure Ultrafine 468. It is one of the world’s most powerful and energy efficient air cleaners, and filters 40 times more efficiently than HEPA filtration standards. Read my full review of the Intellipure here. • Improve Your Breathing: if you can COPD, there are breathing techniques that will help you breathe easier. Diaphragmatic breathing, and pursed-lip breathing are two methods that can increase your blood oxygen levels and help reduce shortness of breath.

• Start Exercising: if you’re having issue breathing, exercise might seem like a bad idea, but being sedentary also won’t help. Getting in regular cardio workouts, even if you go on a brisk walk for 15-30 minutes each day, can greatly help. Exercising also boosts endorphin levels, which improves mood, reduces depression and anxiety, and makes it easier to quit smoking.

• Follow a Healthy Diet: aside from including more foods in your diet that are rich in beta-carotene, eating healthier overall will reduce inflammation levels in the body, and also help you breathe better. Also, steer clear of wheat and dairy, and other mucus-causing foods, as they can plug the airways in the lungs.

• Reduce Stress: if you’re looking to manage your COPD symptoms, managing your stress levels is a must. Stress can make airway inflammation and shortness of breath even worse, so make sure you can find some time in your day to meditate and relax.

• Stay Away from Chemicals: keeping household chemicals and other chemical-based products out of your home is so important for reducing COPD symptoms and for preventing COPD in the first place. Whether it’s scented candles, fragrance, cleaning supplies, or air fresheners, you’ll want to be sure to ditch these for some more natural alternatives.