Category: > Remedies > Turmeric Golden Honey: the Most Potent Natural Antibiotic Not Even Doctors Can Explain
482 shares 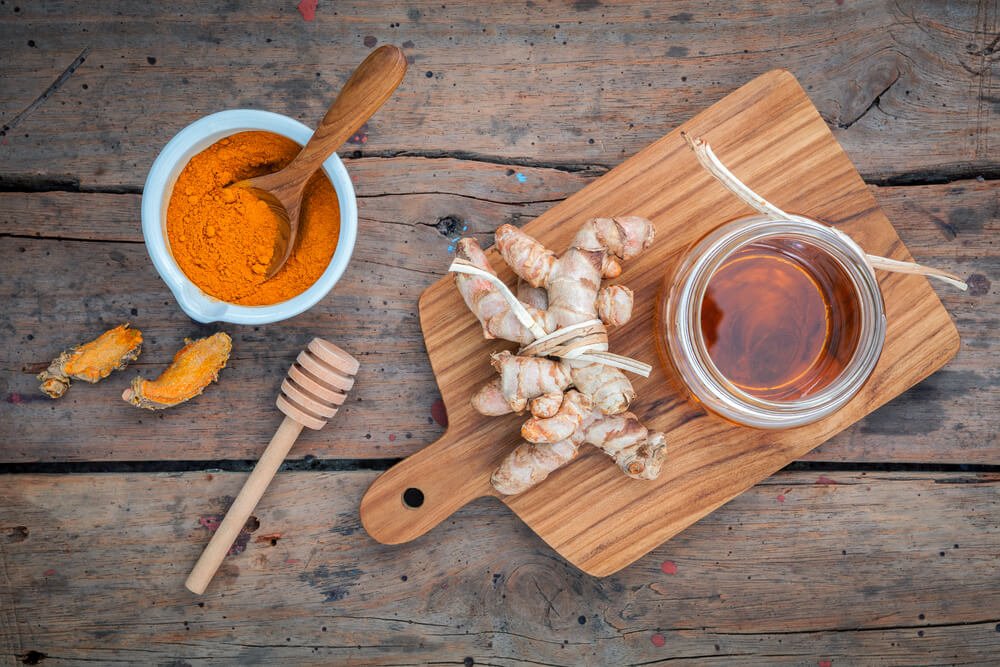 By now, you’ve probably heard of the amazing health benefits of turmeric. From reducing inflammation in the body and preventing cancer to building new brain cells, turmeric has all your health needs covered. But what could be better than turmeric alone? Turmeric golden honey.

The great thing about turmeric is that it is easily available and affordable. In fact, you can order a pound of organic turmeric powder online for just $10 USD (and a little goes a long way – I’ve been working through my pound of turmeric powder for a good year now).

The Health Benefits of Turmeric

Turmeric is a powerful natural remedy for colds, respiratory issues, tummy troubles, cuts, wounds, skin problems, muscle sprains and other health issues. It is an ancient super spice that has been used in Ayurvedic, Indian and Chinese medicine for thousands of years.

What makes turmeric so special? The power lies in its active ingredient, curcumin, which provides anti-inflammatory, antioxidant and anti-bacterial benefits.

Thanks to its anti-inflammatory, antioxidant and anti-microbial properties, curcumin is an excellent way to boost the health of your immune system. A recent study found curcumin an effective remedy against the influenza virus. It inhibited production of local inflammatory cytokines, and also inhibited NF-kB signalling in macrophages (1). Other studies have also suggested that turmeric can help provide a boost to the white blood cells that help your immune system fight off bacteria, viruses and other ailments.

Turmeric is so effective that it has even been studied for its ability to destroy cancer stem cells (arguably, the root of all cancer). Cancer stem cells are tumourigenic (tumour-forming), and are capable of both initiating and sustaining cancer. They’re becoming increasingly recognized as the main cause of relapse and metastasis following conventional treatment.

One study examined the effects of curcumin on the rat C6 glioma cell line. They found a decrease in the side population (SP) of C6 cells after daily curcumin treatment of the C6 cells. Since SP has been associated with stem cell populations, curcumin, the researchers postulate, could be a dietary phytochemical with the potential to target cancer stem cells (2).

Curcumin has proven chelating activities against various heavy metals like cadmium, lead, iron and copper (3). Chelation is a process whereby an agent (like curcumin) that has affinity towards a heavy metal is introduced in the body. The agent binds to the heavy metal and facilitates its excretion from the body. It has also been found to chelate mercury from body tissues (4).

While acute (short-term) inflammation is beneficial, it can become a major problem when it is chronic (long-term). When inflammation becomes chronic, it starts attacking the body’s own tissues, and can lead to a variety of different disease and illness. It turns out that curcumin is a strong anti-inflammatory, and is so powerful that it has even been studied to match the effectiveness of some anti-inflammatory drugs (5).

Multiple studies have proven curcumins effectiveness on improving brain health. One study found that the extracts of turmeric contain a number of natural agents that block beta-amyloid formation (7). Beta-amyloid is a substance responsible for plaques that deteriorate cerebral function in Alzheimer’s disease.

Aromatic-turmerone, a fat-soluble component of turmeric, has also been studied on its ability to influence neural stem cells (NSC). NSC’s are self-renewing cells that generate neurons and glia of the nervous system of all animals during embryonic development. Some of these cells stick around into adulthood to help reproduce neurons throughout life.

One study found that when exposed to ar-turmerone, NSCs increased by as much as 80%. When supplemented in rats, they formed healthy new brain cells in the hippocampus and subventricular zone (8). This is promising for individuals suffering from neurodegenerative diseases like stroke or Alzheimer’s disease.

The Health Benefits of Raw Honey

Raw honey is one of nature’s most powerful antibiotics out there. Mixed with turmeric, these two create a potent combination capable of fighting nearly any virus or bacteria.

Raw, unpasteurized honey is full of antioxidants. It contains over 22 amino acids, 27 minerals (including zinc, iron, potassium, magnesium, calcium and selenium) and 5,000 enzymes. It is also rich in B-vitamins like B6, thiamin, riboflavin, pantothenic acid and niacin.

Honey is an ancient remedy for the treatment of infected wounds. It has been used for healing ulcers, bed sores, and other skin infections resulting from burns and wounds (9). The antibacterial properties of honey have also been shown to speed up the growth of new tissue to help heal wounds (10).

Studies done on manuka honey have found it to be effective against several human pathogens, including Escherichia coli, Enterobacter aerogenes, Salmonella typhimurium, and S. aureus (11). Applied topically, it can kill a wide range of pathogens, including MRSA and flesh-eating bacteria. It was also found that the treated bacteria did not build up any resistance, which would render manuka honey ineffective (12).

The anti-microbial agents in honey are predominantly hydrogen peroxide, but several over non-peroxide factors have been found to be responsible for the unique anti-bacterial activity of honey (13). 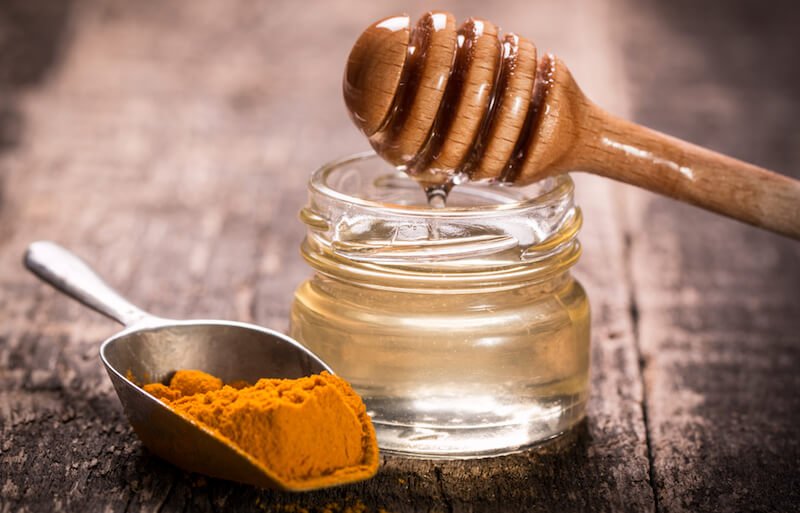 If you feel a cold coming on, don’t reach for the pills. Instead, make this turmeric golden honey. It is deemed by Ayurveda as one of the strongest natural antibiotics out there.

Mix all of the above ingredients and store in a jar in the fridge.

According to the Indo-Tibetan medicine, turmeric should be taken at different times, depending on your health complaint: