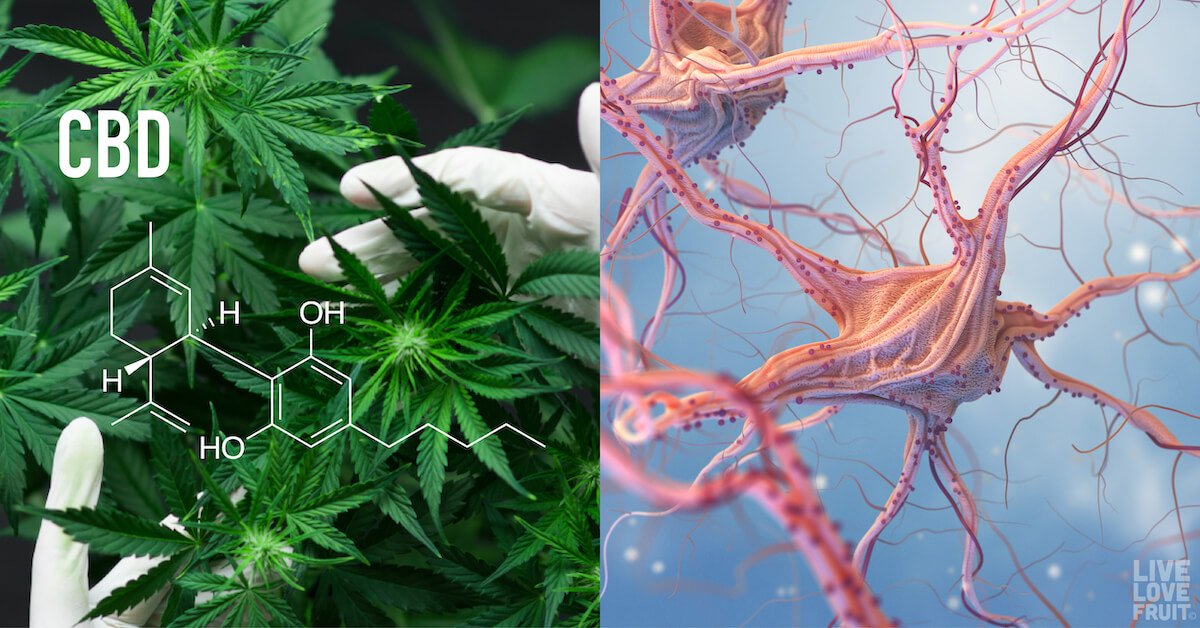 While scientists remain on the quest in finding the root cause of Alzheimer’s disease, patients can finally find some solace in a plant that has been shunned for decades. That’s right – marijuana.

Over the last couple years, studies have found that compounds present in marijuana have the ability to reduce the levels of beta-amyloid in nerve cells – a protein that is a hallmark of Alzheimer’s patients.

This is an important discovery, given over 5.5 million Americans currently live with Alzheimer’s and dementia (1). It is predicted that by 2050, Alzheimer’s disease rates will triple. Identifying an effective treatment for the condition is crucial – and science has been looking at it all along.

The Brain and Cannabinoids

Science has long known that the brain and other organs contain cannabinoid receptors. These receptors are essentially protein molecules that receive signals from various chemicals in the body (such as cannabinoids) that serve as neurotransmitters.

There are different receptors on different types of cells, specific to their purposes.

Only recently has Western science been exploring the phytochemicals in cannabis and their impacts on human health. However, with cannabis remaining on the Drug Enforcement Agency’s Schedule 1 of prohibited controlled substances, further research on humans is severely restricted.

A recent study published in the journal Aging and Mechanisms of Disease explored how tetrahydrocannabinol (THC) in marijuana affected neurons implanted with amyloid beta, a toxic protein associated with Alzheimer’s disease. As this protein builds up, it leaves plaques in the nerve cells of the brain.

Studies have suggested these beta-amyloid plaques disrupt communication between neurons in the brain, which leads to symptoms associated with Alzheimer’s, such as impaired memory.

“Inflammation within the brain is a major component of the damage associated with Alzheimer’s disease, but it has always been assumed that this response was coming from immune-like cells in the brain, not the nerve cells themselves. When we were able to identify the molecular basis of the inflammatory response to amyloid beta, it became clear that THC-like compounds that the nerve cells make themselves may be involved in protecting the cells from dying (3).”

The team of researchers go on to explain that nerve cells in the brain contain receptors that are activated by lipid molecules known as endocannabinoids. These molecules are naturally produced by nerve cells and are thought to aid nerve cell signalling.

Based on this, the researchers decided to test if THC could help prevent nerve cell death. When applied to inflamed cells, THC reduced beta-amyloid levels and eradicated the inflammatory response to the protein, which prevented nerve cell death.

“…these data show that there is a complex and likely autocatalytic inflammatory response within nerve cells caused by the accumulation of intracellular Aβ, and that this early form of proteotoxicity can be blocked by the activation of cannabinoid receptors (4).”

Professor David Schubert stated that “although other studies have offered evidence that cannabinoids might be neuroprotective against the symptoms of Alzheimer’s, we believe our study is the first to demonstrate that cannabinoids affect both inflammation and amyloid beta accumulation in nerve cells.”

Other Compounds in Marijuana Beneficial for The Brain

Cannabis is a complex plant with over 400 chemical entities (5). More than 60 of these chemicals are cannabinoid compounds, some of them with opposing effects.

Cannabidiol (CBD) is a major phytocannabinoid that has also been studied for its effect on the brain, particularly in relation to Alzheimer’s.

A recent study published in the International Journal of Molecular Sciences found that pre-treating stem cells with CBD effectively inhibits the expression of beta-amyloid proteins. This was made possible, as CBD was found to cause a down-regulation of genes linked to Alzheimer’s, including the gene coding that is responsible for the production of amyloid plaques and tangles.

The study, led by neuroscience specialist Rosaliana Libro, found that pre-treating cells with CBD effectively modified the panel of genes that are correlated to the cause of Alzheimer’s disease. By interacting with the vanilloid receptor 1 (TRPVI), CBD down-regulated a collection of genes that are related to the production of tau. CBD pre-treatments also modified the genes involved in the production of beta-amyloid.

“In conclusion, this preliminary in vitro study has demonstrated that [stem cells] preconditioned with CBD have better therapeutic potential compared to [control stem cells], and we believe that their transplantation in the early stage of [Alzheimer’s disease] may play a role in preventing or attenuating the disease onset,” Libro concluded in the study.

These findings are encouraging, given there are no effective therapies to date that counteract the formation of tau or beta-amyloid plaques. CBD is a non-psychoactive cannabinoid found throughout the seeds, stalk and flowers of cannabis plants. Seeing as how CBD and THC prove beneficial for those dealing with Alzheimer’s disease, those who wish to not “get high” and receive the same effects could stick with CBD strains only.

What do you think about using medical marijuana to treat Alzheimer’s and dementia symptoms? Share your thoughts with us in the comments below! 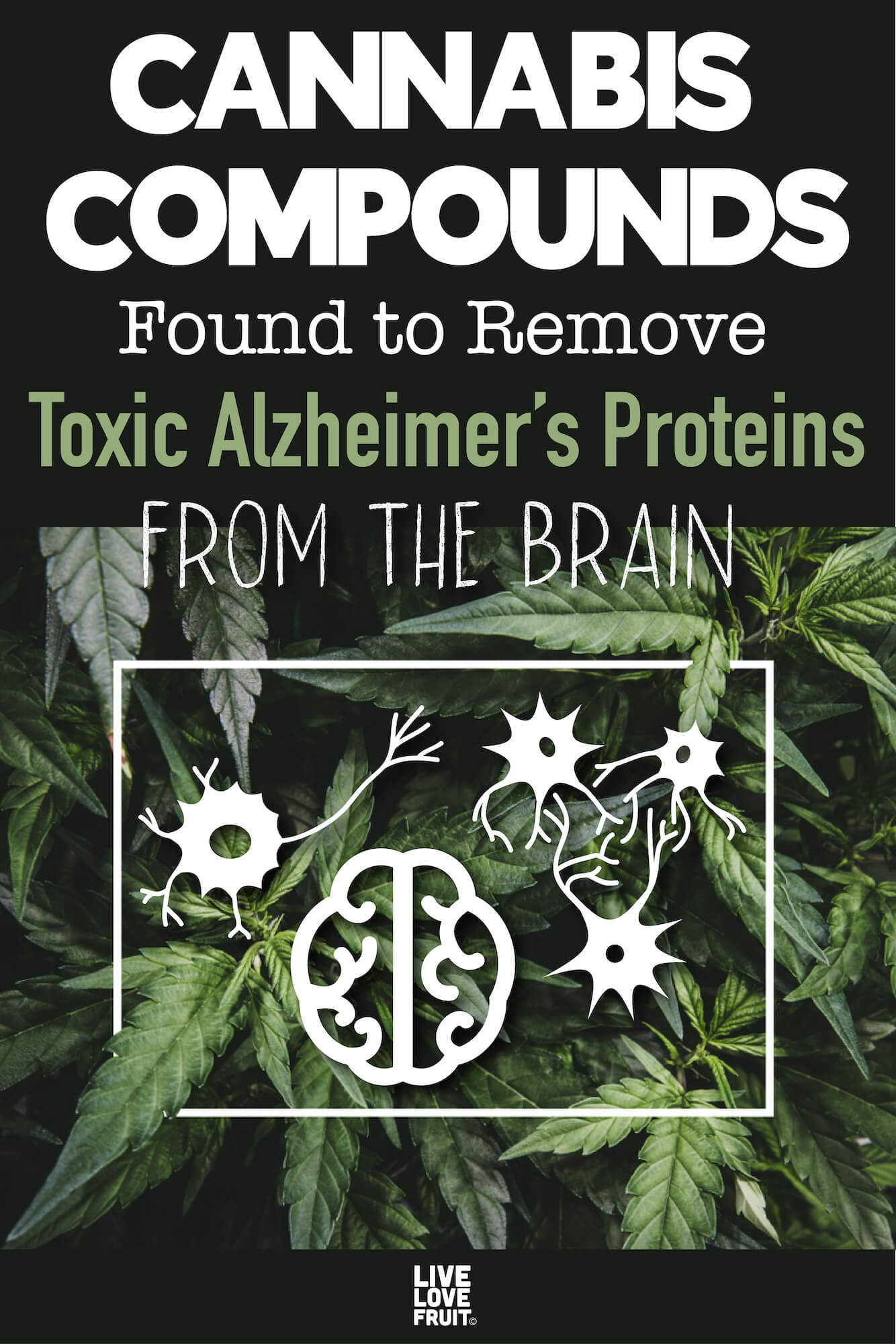