Category: > Recipes > Here Are 6 Tasty Recipes You Can Make With Cannabis
56shares 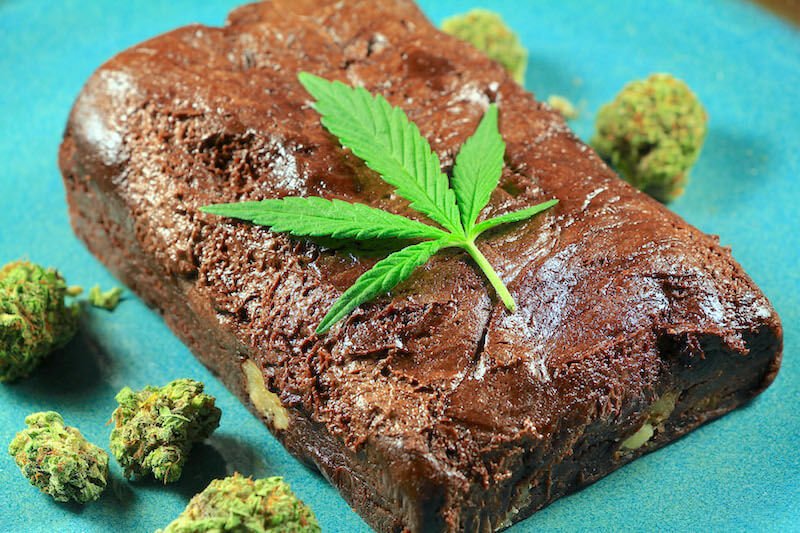 Many people in the United States are now finally able to cook marijuana edibles 100% legally. With this comes more information in terms of recipes and methods of cooking with marijuana (or, more specifically, pot-infused oils). We can now easily learn from other people’s trials and errors, including how much THC to put in each dose of whatever edible you are making.

With all of these recipes floating around now, how do you know which ones are the best ones?

6 Tasty Recipes You Can Make with Cannabis

Here’s what we consider to be the top marijuana edibles recipes!

There are seemingly millions of canna-oil recipes out there, but this one is the best. To start, you will need to decarboxylate the marijuana with heat. Do this by turning the oven to 240 degrees Fahrenheit, and putting all the plant matter onto a baking sheet. This should bake for 40 minutes (rotate the sheet several times) until the matter is dried up.

Next, boil some water (enough to float the oil in the pot). Put in the coconut oil (2 cups of coconut oil per 1 ounce of marijuana) until it melts, then add the marijuana. Simmer everything for a solid three hours, then strain it through a cheesecloth and allow the mixture to cool. Place it in the fridge for a while, and you’re done!

This is a classic in terms of marijuana edibles, but it’s still important to put a lot of effort into making them! Heat your oven to 350 degrees, and melt 4 ounces of unsweetened chocolate squares along with half a cup of canna-oil and a fourth cup of regular coconut oil in a pot. Add in 1 cup of coconut sugar, 3 tbsp. of flax (mixed with 3/4 cup water), and extracts (two teaspoons of vanilla, half a teaspoon of almond). Mix it all together, then add in a cup of flour and a fourth teaspoon of salt.

Sprinkle hazelnuts and dairy-free chocolate chips on top then put the batter in the oven for 25 to 30 minutes. Let cool once taken out of the oven, and serve!

Heat the oven to 325 degrees, and coat a pan with coconut oil. Then get a mixing bowl and stir in four to five cups of quick-cook oatmeal, flour (1 cup), baking soda (1 tsp), vanilla extract (2 tsp), ⅔ cup of melted canna-oil, ⅔ cup of honey, and ⅓ cup of coconut sugar. Then add in a mixture of things like dairy-free chocolate chips, walnuts, coconut flakes, raisins, hemp seeds, goji berries, pecans, and so on. This should be about 2 cups in volume.

Spread out the mixture on the pan evenly, then bake it for between 30 and 35 minutes. Don’t cut the bars until it has cooled off completely.

First, heat the oven to 340 degrees Fahrenheit. Next, put together the following ingredients: one cup of peanut butter, four tablespoons of canna-oil, half a cup of coconut sugar, half a cup of flour, 1 tbsp. flax in 1/4 cup water, and a pinch of salt. Ball the dough (it should make about 15 total) and put them onto a baking sheet (with baking paper on top). Bake for 8-10 minutes.

If you can have pot brownies, why not pot blondies too? Start by preheating the oven to 325 degrees Fahrenheit. Then combine one cup of flour, half a teaspoon of baking powder, a 1/8 tsp of baking soda, ½ tsp of salt, and a 1/3 cup of walnuts (optional). Then mix together 1 tbsp. flax with 1/4 cup water, along with 1 tsp. vanilla, 1/2 cup coconut sugar and 1/2 cup of canna-oil. Mix in the  dairy-free chocolate chips (optional).

Use mini muffin cups to bake it for 20-25 minutes. You’ll know they’re done when the tops are golden brown.

You can infuse chocolate with a cannabis infusion for things to be dipped into, such as strawberries. Put together a cup and a half of dairy-free chocolate chips along with some canna-coconut oil (2 tablespoons) and stir in a pot on high until melted. Once the chocolate is slightly warm (but no longer hot), you can dip in something (i.e. strawberries) and let sit for half an hour or more until the chocolate has hardened. This also works great with banana nice cream!