Category: > Remedies > This Is Why You Should Start Eating Raw Cannabis (It WON’T Get You High!)
800 shares 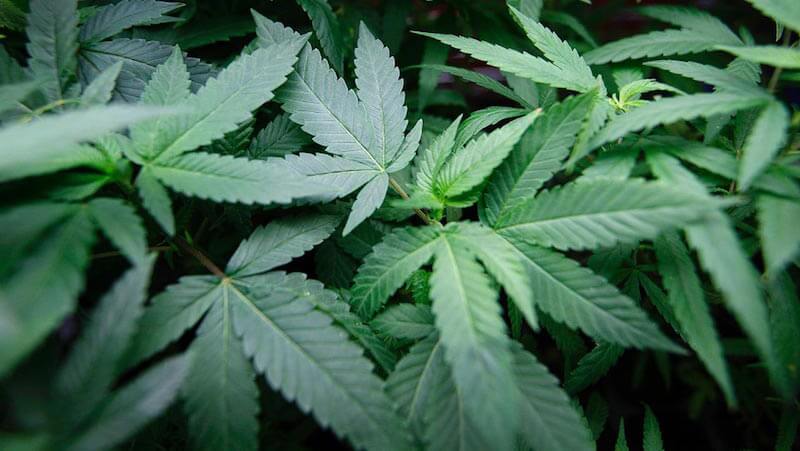 If you have ever cooked or baked with marijuana before, or have any experience with marijuana, you probably know that raw marijuana will not get you high. Perhaps you have never even attempted to eat raw marijuana for that exact reason. However, we are starting to learn some interesting facts about eating raw marijuana — and as it turns out, the plant could be one of the most nutritious ones out there, period.

Why should I eat raw cannabis?

This is a reasonable question. The fact is, marijuana fits into the “superfood” category with flying colours. There are more than four hundreds chemical compounds contained in the marijuana plant, which means the essential oils, acids, and vitamin counts are off the charts. Some are even going as far to say marijuana is a necessary component to anyone’s diet.

One unique aspect of marijuana is that it has lots of cannabinoid acids, which do wonders for our bodies’ cell function. This makes marijuana more valuable than just about any other plant out there.

Let’s take a more in-depth look at what cannabinoid acids are. Of course, everyone knows it includes THCa and CBDa, the two main cannabinoid acids that receive the most hype. This has a lot to do with the fact that THC is responsible for the psychedelic effects of smoking marijuana — the more THC, the stronger the effect. Therefore, every recreational marijuana consumer is quite familiar with it.

But THCa is the form of this cannabinoid acid that comes first, before its effects are psychedelic. The decarboxylation of THCa turns it into THC — and, as you are likely already aware, decarboxylation comes about with heat (i.e. during smoking or making canna-oil). The same goes for CBDa turning into CBD.

When you “decarb” the THCa or CBDa, you are limiting your body’s ability to take in the substance. This is because our bodies can only take in very small levels of THC or CBD, meaning the decarbing process actually reduces the amount you can have. For example, one strain of marijuana can be consumed in amounts of 10mg after decarbing, but in amounts of 1,000 to 2,000mg if you leave it raw.

Your body takes in the raw CBDa and THCa and then converts it into nutrients that are useful for it — thus the amazing health benefits that come with consuming raw marijuana. It is particularly helpful in your endocannabinoid system, as it increases the level of communication within it. This increased communication could prevent a number of diseases and conditions that often result from endocannabinoid deficiencies. Ailments that could be improved by raw CBDa and THCa include migraines, irritable bowel syndrome, glaucoma, fibromyalgia, and likely even more. This relatively new information will hopefully be studied more in the near future.

In the meanwhile, if you need an anti-inflammatory, anti-diabetic, or anti-ischemic boost, evidence is starting to show that raw marijuana could be that very thing. Remember, this comes without the side effects of pharmaceuticals. It certainly makes you think about the possibilities.

Much like nutrients for growing marijuana plants, nutrients for human bodies help with just about everything. Raw vegetables and plants, in particular leafy greens (including cannabis), contain a large number of nutrients and proteins when they are eaten raw — and that means tremendous health benefits for your body. Let’s look at some of the main nutrients contained in raw marijuana and see what each of them help with.

Terpenes are a type of essential oil, found in a number of plants and plant products. They are responsible for marijuana’s differences in tastes and smells from strain to strain. They are already healthy, but in combination with cannabinoids they are even healthier.

Linalool is one type of terpene contained in marijuana. It is responsible for floral and lavender type smells. Linalool is an anticonvulsant, analgesic, and anti-inflammatory substance.

Pinene is another essential oil that gives marijuana a pine smell. It is particularly useful for your nervous system and has neuro-protective properties.

Limonene has a citrus smell and works to lower your cholesterol levels, prevent gastrointestinal ailments, and boost your metabolism.

These terpenes (and many more) go up in number when you eat marijuana raw instead of smoking it or having it in baked or cooked edibles. This is one of the big reasons that raw marijuana is so healthy.

You have likely noticed the rise in foods that have hemp as their base. This is because hemp seeds, along with cannabis leaves, have excellent levels of protein as well as the right ratio of omega 3 to omega 6 fatty acids. These fatty acids can’t be produced in the human body, so we need to get them from elsewhere.

Omega 3 and 6 fatty acids are Essential Fatty Acids (EFAs) and necessary for a healthy brain. Believe it or not, your brain is made up of mostly fat, so the right fats are necessary to keep your brain healthy and prevent any neurodegenerative diseases from arising. EFAs also have a benefit to your endocannabinoid system, preventing a deficiency.

Along with essential fatty acids, raw marijuana has every essential amino acid. These substances also are not produced by the human body and therefore need to be found from the foods we eat. Their health benefits mainly have to do with the functioning in our cells — they keep their structure intact, repair damages, and keep nutrients moving efficiently through the body. Hemp seeds contain the most amino acids.

The fact that CBD contains tremendous levels of antioxidants is nothing new — it first came to light in 2003, acknowledged by the United States government (who then patented it). These antioxidants also have excellent neuro-protective aspects.

Antioxidants do wonders for preventing damage to the cells (which can lead to a number of health issues). CBD functions as an incredibly powerful antioxidant, even more so than vitamins such as vitamin C and vitamin E. Raw marijuana has high levels of CBDa, and that gives you far more antioxidants than you can find just about anywhere else.

How to enjoy raw cannabis

Don’t just take some leaves off of a marijuana plant and start munching; instead, prepare it in a way that you will enjoy! Take the flowers or the fan leaves from a marijuana plant and use them for blending or juicing. You can include them in a salad with other vegetables and leafy greens, and you can even substitute them for cilantro or parsley in a number of dishes.

First, blend the avocados together with the water and lemon juice in a blender set to medium. Once that is smooth, add in everything else (including the marijuana) and blend it all together.

For this one you will need a banana (large, sliced), 8 fresh strawberries (also sliced), half a cup of fresh blueberries, half a cup of ice, two tablespoons of honey, and the raw marijuana (fan leaves or flowers).

You simply need to put everything into the blender at once, and then blend it all together until it is nicely smooth. Pour it out (makes two servings) to share.

In the end, eating raw marijuana is a relatively new concept (at least in modern history). As it turns out, so much can be done with this leafy green, and this can have a tremendous benefit to your health and disease prevention. It’s time that you started looking into more than just smoking marijuana. The possibilities are endless!