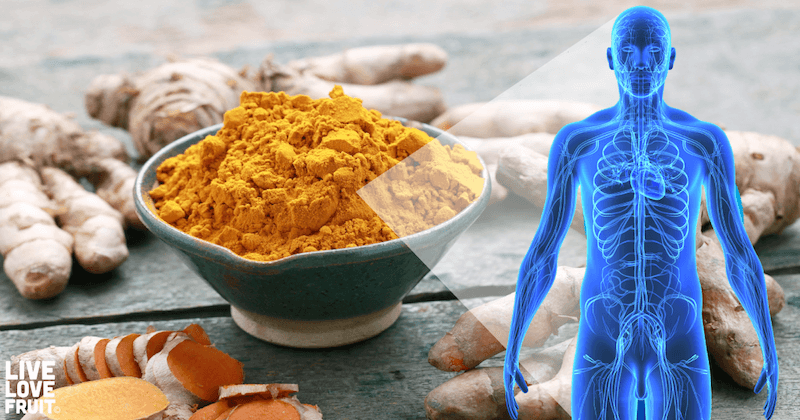 Turmeric has gained popularity over the last couple years as natures’ miracle herb. Healing anything from cancer to psoriasis, the anti-inflammatory benefits of turmeric are quite powerful.

The current research on turmeric spans over 10,000 peer-reviewed articles, proving the beneficial effects it has on both health and wellness.

Turmeric comes from the root Curcuma longa. Once dried and ready to process, the root is ground into the distinctive yellow turmeric powder.

Turmeric contains curcuminoids, active antioxidants that give curcumin its bright yellow color. According to the Mayo Clinic, curcumin is what makes turmeric a “functional food,” meaning it is a food that has a positive effect on health “beyond basic nutrition.”

One of the best things about turmeric is that it has virtually zero side effects (and the ones that do exist are incredibly rare). You can’t really say that about other pain-relieving medications like ibuprofen, which quite literally make your stomach bleed.

Here are the top 10 evidence-based health benefits of turmeric

Starting with the most obvious benefit of turmeric – fighting inflammation. A study published in the journal Oncogene performed tests on a wide range of natural anti-inflammatories against standard pharmaceutical drugs designed for pain relief (like non-steroidal anti-inflammatory drugs, or NSAIDs). Two of the most common NSAIDs, aspirin and ibuprofen were the least effective, while curcumin was found the be the most effective anti-inflammatory in the world (1).

If you’re not already aware, inflammation is at the root cause of almost every disease we see today. Whether it’s cancer, ulcerative colitis, arthritis, or fibromyalgia – all are associated with inflammation.

As the number one cause of death in the world, heart disease is something that shouldn’t be taken lightly (6). Thankfully, curcumin may help reverse many of the steps that lead to heart disease in the first place – like reducing serum cholesterol and improving the function of the endothelium (the lining of your blood vessels) (7).

Endothelial dysfunction is a major cause of heart disease, as your endothelium is no longer able to regulate blood pressure, blood clotting and other factors. Curcumin reduces inflammation and oxidation, and was found in one study to work as well as the drug Atorvastatin (8).

Another recent study also found that taking just a teaspoon of turmeric a day has the ability to reduce heart attack risk, just as effectively as doing three 60-minute cardiovascular workouts a week (9).

Curcumin may also help reduce proliferation (growth) of fat cells, based on a study published in the journal Biofactors (10). The study showed that the anti-inflammatory properties in curcumin were effective at suppressing the inflammatory processes of obesity and its “adverse health effects.”

Curcumin has long been studied as a natural cancer treatment and preventative. It has been found to affect cancer growth, development and spread at the molecular level (11).

Even Cancer Research UK made a statement that said (12):

“A number of laboratory studies on cancer cells have shown that curcumin does have anticancer effects. It seems to be able to kill cancer cells and prevent more from growing. It has the best effects on breast cancer, bowel cancer, stomach cancer and skin cancer cells.”

Studies have shown that curcumin helps contribute to the death of cancerous cells and reduces angiogenesis (growth of new blood vessels in tumors) and metastasis (spread of cancer) (13).

Dozens of research trials have shown positive results when it comes to treating depression with curcumin – particularly in laboratory animals (16, 17). Curcumin affects mental health by interacting with neurotransmitter function through the brain-derived neurotrophic factor (BDNF) (18).

One study on human subjects, published in the journal Phytotherapy Research took 60 volunteers diagnosed with major depressive disorder (MDD) and split the group to determine how patients treated by curcumin compared to those treated with Prozac and a combination of the two (19). They found that curcumin was equally as effective as Prozac in managing depression by the six-week mark. Combining Prozac with curcumin resulted in a slightly higher improvement, but not anything that was considered statistically significant.

The authors made a statement saying, “This study provides first clinical evidence that curcumin may be used as an effective and safe therapy for treatment in patients with mild depression.”

Curcumin is amazing for the skin – especially when applied as a face mask. One study involving 814 participants suggested that turmeric paste could cure 97 percent of scabies cases within 3-15 days (20). Turmeric also helps speed up wound healing associated with acne, reducing acne scarring, calming the pores to decrease acne and controlling psoriasis flares (21, 22, 23).

In the management of diabetes, curcumin shows some promising results. One study discovered that curcumin is literally 400 times more potent than metformin (a common diabetes drug) in activating the enzyme AMPK (AMP-activated protein kinase) (24). The study also used a fermented version of curcumin (tetrahydrocurcumin), which activated AMPK up to 100,000 times more than metformin in certain cells.

According to researchers, AMPK is considered to be a “therapeutic target” for type 2 diabetes. By activating this enzyme, curcumin has major potential for developing more effective treatments for reducing insulin resistance and reversing diabetes (25).

Curcumin is a potent antioxidant that can neutralize free radicals, which normally cause oxidative damage (and are one of the main mechanisms behind aging and chronic disease). In addition, curcumin helps boost the activity of your body’s own antioxidant enzymes (26, 27), helping to support an over-strained liver when it is functioning at less-than-optimum levels.

Multiple studies have been conducted on the ability of curcumin to help improve brain health. Aside from helping treat and prevent Alzheimer’s disease (discussed above), turmeric has also been studies for its role in improving Parkinson’s disease and stroke damage. Turmeric contains other compounds, like aromatic-turmerone, which has been recently studied over the last few years on its ability to influence neural stem cells (NSC). NSC’s are self-renewing cells that generate neurons and glia of the nervous system of all animals during embryonic development.

One study conducted by German researchers found that when exposed to ar-turmerone, NSCs increased in number by as much as 80% (28). These are promising results for individuals suffering from neurodegenerative diseases like stroke and Alzheimer’s, as ar-turmerone can help promote brain regeneration.

The Best Way To Consume Turmeric

When eating turmeric, it is best to consume it with black pepper and a fat like avocado or coconut oil. Why? Studies have shown that consuming turmeric with black pepper increases bioavailability of curcumin (the active compound in turmeric) by over 2000% – a major increase that is also enhanced when curcumin is consumed alongside healthy fats.

Black pepper combines really nicely with turmeric. It can be combined to be used in a curry, or you can make my favorite turmeric tea recipe to get the full benefits turmeric has to offer. You can also add turmeric powder to a salad dressing that contains oil and black pepper to create a delicious health-boosting combination.

A lot of the turmeric on the market today contains heavy metals like lead, which you really don’t want if you’re trying to improve the state of your health. One of my favorite brands of turmeric is Organic Wise, whose products are tested for heavy metals, and are certified organic. 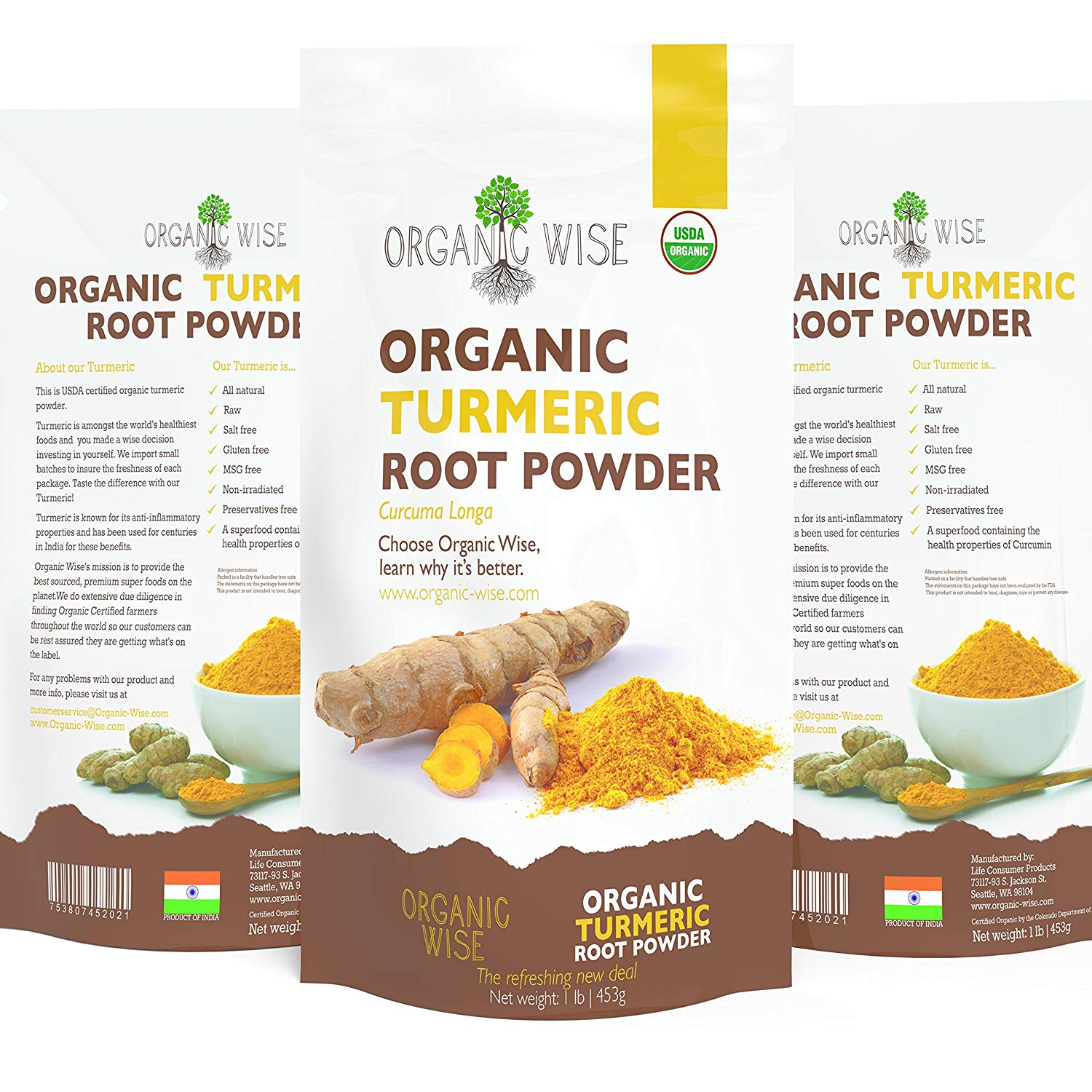