Category: > Health > Scientists Say That Starting Work Before 10am Is Similar To Torture
2.1K shares 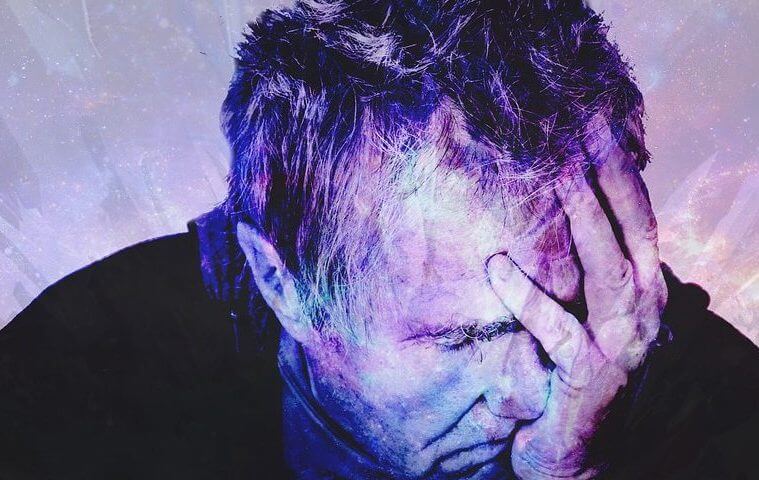 Do you start work before 10am? Chances are, you probably do.

Although waking up in the morning is easy, the physical act of getting out of bed with energy is hard. This is partly due to the fact that modern society isn’t conducive to our natural sleeping patterns. Now, some researchers have even compared working in the early morning to torture.

Work Before 10am Is Ruining Your Health

If you feel the monday morning grudge, you’re not alone. Scientists from Oxford University are now pushing for a 10am start to the morning, comparing 9am starts to “torture.”

Dr. Paul Kelly of Oxford University claims that working before 10am is making people sick, stressed, and endlessly exhausted. According to The Telegraph, “Just one week with less than six hours’ sleep each night leads to 711 changes in how genes function.” (1)

This is because the body naturally follows the sun, and so your waking hours should naturally follow sunlight hours. The institution reasoned that before the age of 55, adults’ circadian rhythms aren’t in sync with the typical 9-5 working hours – the younger you are, the later you naturally go to sleep, which extends into a late morning. Breaking the natural cycle of our bodies results in a serious threat that compromises not only our health, but our happiness, mental state and work performance.

Unfortunately, in our efficiency-focused society, health has faded into the background in favour of long work hours, and 24/7 production. According to researchers, “lack of sleep impacts performance, attention, long-term memory and encourages drug and alcohol use.” Although our society may be efficiency-focused, it isn’t really working.

“Staff should start at 10 am,” insists Dr. Kelley. “You don’t get back to (the 9am) starting point till 55. Staff are usually sleep-deprived. We’ve got a sleep-deprived society.”

Dr. Kelley and other neuroscientists have stressed the importance of understanding functionality of the body at different ages, especially when it comes to sleep cycles. They say that sleep deprivation begins in adolescence, because teens are biologically predisposed to go to sleep around midnight. In turn, they aren’t really awake until 10am in the morning (2). And since school hours also follow the strict early morning hour schedule, teens are losing an average of 10 hours of sleep a week (3).

This, combined with the fact that teens tend to stay awake longer into the night on weekends, they have a difficult time constantly readjusting to the early-to-bed, early-to-rise sleep cycle that is structured for a 55-year-old. British scientists have even found that attendance levels, grade and productivity improved when schools were pushed to 10am start times, instead of 9am.

Is Waking Up Early Beneficial?

Waking up and going to sleep to the rhythm of the sun is what our body most naturally wants and requires, however, with the creation of light (to stay up later) and the 9-5 lifestyle, this isn’t reality.

And actually, it’s kind of a good thing. According to Forbes Magazine, early risers are more productive and more optimistic. Plus, they are better able to anticipate problems and resolve them, making them better planners (4). To wake up early, these people usually sleep earlier too, so they get a better sleep than late risers.

People who go to bed later also interfere with melatonin production in the brain. The longer you’re up and around synthetic lighting, the less melatonin (the sleep hormone) you’ll be producing and releasing. Melatonin also acts as an incredibly important antioxidant in the body, meaning that with later nights, you’ll be more prone to interfering with your immune system, and more prone to getting sick. So not only will you be tired and groggy when you wake up later in the morning, but you’ll be compromising your immune system too.

How To Change From Night Owl To Morning Glory

To ensure you get the best sleep of your life, follow the below steps. It will take a couple weeks to reset your circadian rhythm (natural internal clock), but once your body gets used to early sleep times, it’ll naturally wake up earlier, too.

1. Light During The Day, Dark At Night: make sure you get plenty of sun during the day, and use your blinds at night to block out any city light. Any synthetic light entering your room at night will skew the production of melatonin –  black out blinds are great!

2. Ditch The Coffee: limiting coffee to morning only, with no afternoon splurges will help you get to sleep earlier. Stopping caffeine at least eight hours before bed is important. Other stimulants like soda, tobacco, and cacao can also keep you buzzed into the night as you’re trying to fall asleep.

3. Eat A Banana Before Bed: eating a banana before bed will actually help you sleep better (bananas contain tyrosine, which gets converted to serotonin, and then melatonin in the brain). Late-night hunger can also cause poor sleep and morning crankiness. However, don’t eat anything heavy before going to bed – this will make sleeping incredibly difficult. Skip the pizza, and go for a banana.

4. Stop Drinking Late At Night: although drinking makes you drowsy, it results in poor sleep quality into the night. It can precipitate sleep apnea, or pauses in breathing that happen throughout the night.

5. Say No To Electronics At Night: screens on your laptop, tablet, smartphone, tv, and anything else with a screen emit blue light that totally messes up your sleep cycle by slowing the release of melatonin. Shut off or dim electronic lights at least 1-2 hours before bedtime.

6. The Cooler, The Better: sleeping in a cooler room can actually prevent insomnia, since your body naturally heats up later in the night. The ideal sleep temperature is 68-72 degrees Fahrenheit (20-22 degrees Celsius) (5).

7. Write Down Your Thoughts: a lot of people often go to bed with thoughts racing through their head, or what they’re going to do the next day. Ease anxiety by writing down any goals, chores, or thoughts on paper before starting your bedtime routine. This way, you can rest easy, and you have your list ready for the next day.

9. White Noise: I use a fan while I sleep, because it creates a source of white noise for me. It helps to camouflage other noises that may be going on while you’re trying to sleep. For some people it works, and others it doesn’t. Check and see if it works for you!

What To Do In The Morning

Starting your morning right is crucial to good energy levels throughout the day. Here’s how!

• Drink more water – most people are dehydrated in the morning, and so the first thing you should do is drink at least 1 litre of room-temperature water before anything else. It will boost your metabolism and flush out waste your body has accumulated during a night of cleansing and detoxing.
• Have a good breakfast – instead of scarfing down heavy fried foods, and animal proteins, opt for something fruity, fibre-dense and light. A smoothie packed with hemp protein, fruit, leafy greens and some maca powder is a win-win that’ll leave you soaring throughout the day.
• Get some exercise – going out for a 15-30 minute walk around the neighbourhood is always a great way to get fresh air into the body, pump the circulatory system and naturally increase your energy levels for the rest of the day.
• Stretch – stretching right after you get out of bed is incredibly useful. Many people swear by the 5 Tibetan Rites, a series of 5 stretches that increase energy for the whole day.
• Play high energy music – I love dancing in the morning, as it is a really great way to wake up. Even playing some high-energy music like electro house, or whatever music really gets you pumping is a simple cure to sleepiness.