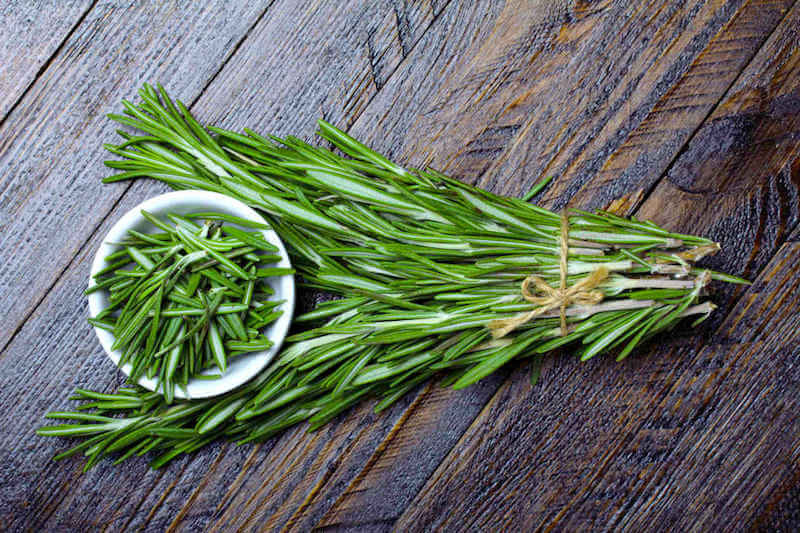 For centuries, rosemary has been associated with having a good memory. It was referred to as “the herb of remembrance” in the Early Romantic period, and in 1652, English herbalist, Nicholas Culpeper wrote that rosemary “helps a weak memory and quickens the senses. The chymical oil drawn from the leaves and flowers, is a sovereign help…touch the temples and nostrils with two or three drops.”

Smelling rosemary has recently been investigated by two researchers – Mark Moss and Lorraine Oliver. They looked into how blood levels of a rosemary oil component (1,8-cineole) correlated with cognitive performance – and what they found was shocking.

In this study, the researchers recruited 20 healthy volunteers. Their task was to perform serial subtraction and visual information processing tasks in cubicles that had varying levels of rosemary oil vapour. Mood assessments were made before and after testing, and blood samples were taken at the end of each session.

What they found was intriguing. Individuals with higher concentrations of 1,8-cineole in the blood performed better at the cognitive tasks. Both speed and accuracy were improved, the researchers stressed, suggesting that the relationship is not describing a speed accuracy trade-off. Their study was also designed in such a way that there was no expectation of any aroma.

Moss also noted that “contentedness possessed a significant relationship with 1,8-cineole levels, and interestingly some of the cognitive performance outcomes leading to the intriguing proposal that positive mood can improve performance whereas aroused mood cannot.”

The researchers also clarify that it isn’t necessarily the aroma of rosemary oil that improves memory, but the constituents of the oil that enter the bloodstream, thereby creating an effect.

1,8-Cineole is also found in many other essential oils like sage, laurel, eucalyptus, myrtle and cardamom. Studies have found that this constituent inhibits acetylcholinesterase (AChE) and butylrylcholinesterase (BChE) enzymes. When AChE is inhibited, there is more acetylcholine (a main neurotransmitter in the brain) to help those synapses fire. In fact, cholinergic drugs are AChE inhibitors, and are often prescribed to those suffering from Alzheimer’s disease. But what if we could just give these people a whiff of rosemary essential oil instead of drugs with nasty side effects?

Similar studies in Japan have found that rosemary aromatherapy resulted in significant cognitive improvements, suggesting that aromatherapy could be a better alternative to improving cognitive function in patients with Alzheimer’s disease.

So if you’re studying for a test, or need to boost your memory, grab yourself some rosemary essential oil and start sniffing!