Category: > Health > Little Girl Cures Herself Of Arthritis And Lupus By Removing THESE 3 Things From Her Diet
4.9Kshares 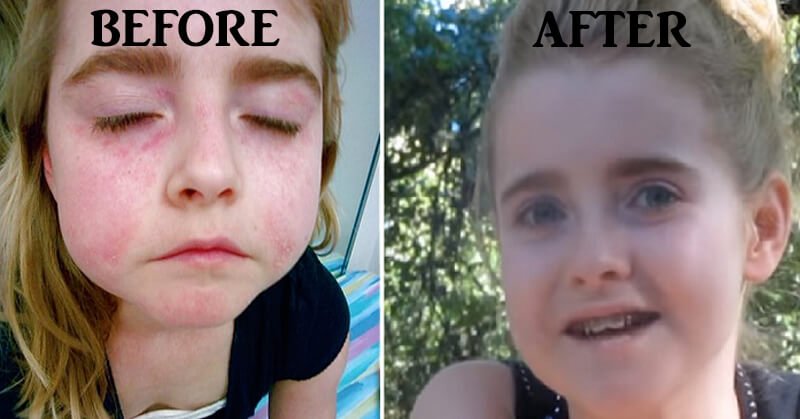 Isabel, a 10-year-old girl, used to experience the ill effects of an immune system disorder known as mixed connective tissue disease (MCTD), until she cured herself with the help of Dr. Mark Hyman.

MCTD is an autoimmune disease that includes symptoms of rheumatoid arthritis, systemic lupus erythematosus, and other similar diseases with extremely debilitating side effects that can drastically reduce the quality of life.

Although deemed incurable, this little girl was able to rid herself of it with just a few lifestyle changes. That was, getting rid of dairy, wheat and refined sugar.

Before Isabel underwent the dietary changes, the disease affected her whole body. From blood vessels, to white and red blood cells and muscles. Her skin was inflamed and joints and face chronically swollen. Dr. Hyman described her state in Huffington Post as “chronically tired and miserable”, where she came to him drugged on steroids, aspirin, acid blockers and methotrexate (a chemotherapy drug).

As with advice from most doctors dealing with lupus in patients, Isabel was recommended to take a chemotherapy drug to suppress the activity of her immune system. However, she still wasn’t getting any better, even after the megadoses of medications she was put on. Because she wasn’t getting better, doctors wanted to put her onto another powerful immune suppressing drug (a TNF alpha blocker), which would increase the risk of cancer and death from overwhelming infection (due to major immune system suppression and inability to fight infections).

Unwilling to accept this as the only form of treatment, Isabel and her parents finally saw Dr. Hyman, where they discovered that the root of her problem was due to an overwhelming amount of inflammation in the body – which was directly related to the food she was consuming.

After getting rid of wheat, dairy and refined sugar, and supplementing with a multi-vitamin, vitamin D and folate, fish oil, anti-inflammatory evening primrose oil, an anti-fungal, a probiotic and a mercury chelating agent, she was back on her feet.

Most modern medical doctors trained in medical schools are heavily invested in the pharmaceutical industry and know very little about the role of diet and the health of the body. I’ve been through my fair share of medical issues with doctors in the past, when all I needed to do was eliminate allergen triggers and shift my lifestyle a little bit. Drugs are often recommended to cover up symptoms, however Dr. Hyman decided to look at the underlying causes of what was causing Isabel’s condition – and that was inflammation.

In the short video below from 2010, Isabel exclaims, “I can ride my horse again, I’m off all these stupid medications, and I feel great!”

Over 50 million Americans suffer from autoimmune diseases. These include Chron’s disease, fibromyalgia, type 1 diabetes, celiac disease, lyme disease, and more. In fact, there have been over 80 different types of autoimmune diseases identified. The main culprit underlying all of them? Inflammation.

Although most medical treatments include things like immunosuppressant drugs, pain medications, hormone replacement therapy and anti-inflammatory drugs, these merely cover up the symptoms and don’t deal with the underlying causes. These underlying causes include allergies to certain food items like wheat, eggs, dairy, soy and refined sugar, and highly processed meat products.

In the past, Dr. Hyman writes, doctors made observations and recorded the results of how their patients responded to the chosen treatment plan. These records were published as “case studies” and shared with other doctors. Today, this isn’t what happens. Instead, case studies are brushed off and not taken seriously.

As a result, millions of patients do not receive the treatment they may need because of lack of randomized controlled trials of these treatments.

“Medicine today approaches most disease by suppressing, cover over, blocking, or otherwise interfering with the body’s biology. We generally do not attempt to seriously address the underlying problems that lead to the disease in the first place,” writes Dr. Hyman.

Instead, Dr. Hyman suggests functional medicine, where the synergy of the whole body and its interaction with the environment is taken into consideration. The goal of functional medicine is to restore balance in the body as a whole instead of focusing on just one organ, or just one issue.