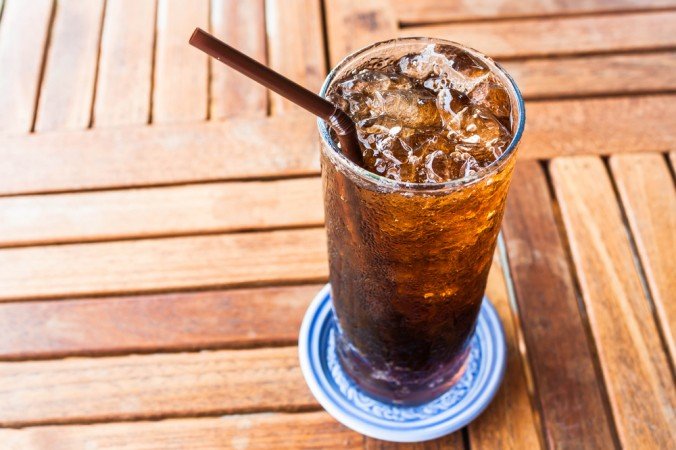 You may think that diet soda is your free pass to drink all the soda you want without any negative health effects (such as weight gain, a major reason most people drink diet soda instead of regular soda). However, this is not the case. The dangers of diet soda are far beyond what you have ever imagined! Diet soda is filled with nasty chemicals that no human being should be ingesting on a day to day basis.

I used to be addicted to diet soda 6 years ago – I could sometimes drink up to 5 full glasses of the stuff. Unbeknownst to me, I was wreaking havoc on my body, and would end up with headaches, tiredness, and ultimately felt terrible. This article will list out the dangers of drinking diet soda.

Aspartame is a highly addictive carcinogenic neurotoxin. It breaks down as aspartic acid, phenylalanine and methanol. Methanol is also known as wood alcohol which is converted to formaldehyde when heated (this should be your first clue to stop drinking the stuff). As well, aspartic acid and phenylalanine destroy neurons in the brain. Aspartame is essentially an “exocitoxin,” exciting neurons until they die, as pointed out by neurosurgeon Dr. Russell L. Blaylock.

The chemical soup that lays in every can of diet soda is a major reason most individuals get a headache after consuming the stuff. A major ingredient, sucralose, has been found to cause migraines and GI tract issues, based on a variety of case reports (1, 2).

Diet soda is incredibly acidic. It ranks around 3 on the pH charts, which is incredibly toxic to the human body. The threshold pH for enamel dissolution is 5.5, thus diet soda quite literally eats away your teeth (same goes for regular soda which is even more acidic). If it does that to your teeth, imagine what it does to your organs! Soda demineralizes our bones too and is a major culprit in causing fractures and osteoporosis. With such an acidic pH, soda will make your skin look dull, and you will look older than your actual age.

Calorie-free sweetness actually tricks the brain and makes it crave MORE sugar. It has also been found (3) that when participants drank diet soda, there were significant increases in glucagon-like peptide 1 (a hormone in the gut that promotes energy storage and insulin action and decreasing appetite). Results suggest that diet soda does increase insulin via gut action, but only when glucose is also present (which it normally is – especially during meal time).

In addition, some studies have shown that drinking diet soda can prevent you from losing weight. When testing the link between obesity and diet soda, researchers at the University of Texas Health Centre found that obesity risk increased (57.1%) when people drank more than two cans of diet soda per day compared to 47.2% for people drinking the same amount of regular soda. This doesn’t mean you should drink regular soda (47.2% obesity risk is still ridiculously high). It just goes to show that diet soda does not help prevent you from gaining weight.

There is a huge array of ingredients in diet soda that increase your toxicity load. Ingesting chemicals not meant for the human body increases the amount of free radicals in the body at an astounding rate. Free radicals increase the chance of developing diseases such as heart disease and cancer.

Recent research was conducted that found a link between diet soda consumption and heart disease. This study (4) was conducted for over 10 years and included up to 2600 adults. The researchers found that diet and regular soft drink consumption was associated with many risk factors for developing heart disease. Even after controlling for these risks, diet soda consumption was still independently associated with an increased risk for stroke, heart attack and death.

7. May be the cause of Metabolic Syndrome

With all of these health risks, it is barely worth it to slurp down your daily glass of diet soda. Instead, why not reach for some body-healthy fruit? You will feel 100x more amazing, I promise!