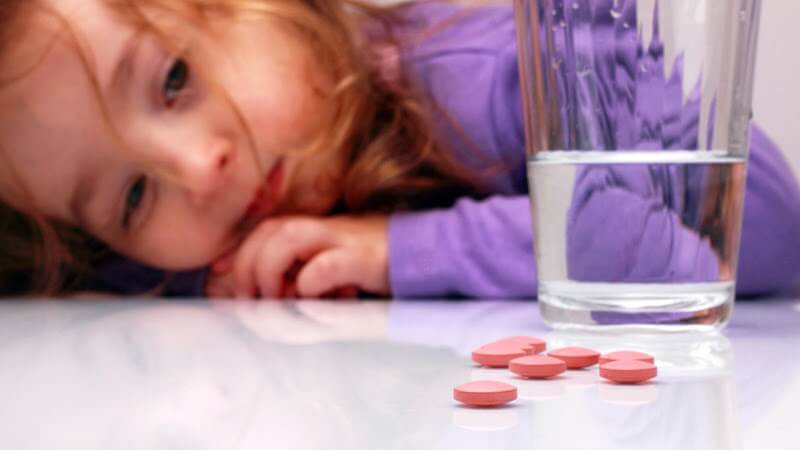 There has been a lot of controversy surrounding ADHD since the early 1970’s. Discussions have revolved around causes of concern, its existence, suggested forms of treatment, and of course, utilizing stimulants as a form to treat children.

According to the National Institute of Mental Health, “Attention-deficit/hyperactivity disorder (ADHD) is a brain disorder marked by an ongoing pattern of inattention and/or hyperactivity-impulsivity that interferes with functioning or development (1).” It is characterized by three traits: inattention, hyperactivity and impulsivity.

ADHD, as well as attention deficit disorder (ADD), are diagnosed through behavioural observance. There are no medical tests, like blood tests or brain scans, that are capable of diagnosing the condition.

As a result of this, many children have been given false diagnoses and are unnecessarily medicated. A lot of the time, children who experience ADHD symptoms are simply experiencing behavioural issues that stem from life circumstances at home and at school.

For example, if you look at the stats from the past decade, the number of kids diagnosed with ADHD surged by over 50%. In the last six years, this rate has risen by about 15% alone (2). The rise in ADHD has also coincided with the rise of mobile devices, and other hand-held electronics.

While it might not be very clear-cut, the coincidence isn’t surprising. On average, children spend up to seven and a half hours each day, staring at screens (20% increase from five years ago) (3).

Increased brain activity from trying to absorb the barrage of information and sensations from games on mobile devices and tablets makes it harder for children to focus on one task and control their impulses. So essentially, electronic devices are programming your child’s brain to consistently need that level of stimulation – and if it isn’t there, then they may react differently than children who don’t get similar electronic privileges.

While increasing amounts of children are being medicated for ADHD, not all doctors believe the condition exists.

According to Dr. Tasneem Bahtia, a board-certified physician, acupuncturist, and nutritionist:

“ADD and ADHD are the result of neurotransmitter and neuroendocrine imbalances. The four main imbalances include high norepinephrine and cortisol, dopamine dysfunction, serotonin deficiency, and insulin irregularity. Each of these imbalances is rooted in nutritional deficiencies that with correction, improve symptoms of hyperactivity and inattention. Food allergies and intolerances also contribute to malabsorption of nutrients (4).”

Other doctors, like neurologist and ADHD specialist Dr. Richard Saul, believe the condition is a cluster of symptoms that stem from over 20 different conditions, like depression, anxiety, bi-polar disorder and obsessive-compulsive disorder (5).

The over-diagnosis and misdiagnosis of misbehaving children can come with serious consequences. When children are given ADHD drugs (especially if they do not have the condition), it can cause serious psychological disorders.

An article published in the American Journal of Psychiatry expressed concerns about increased severity of schizophrenia and bipolar disorder in individuals who were prescribed ADHD stimulants in childhood (6). And while children aged 2-6 years old are not approved for stimulant drugs, between 0.51% and 1.23% of them are still being treated, according to Medicaid statistics (7).

ADHD medications like Adderall, Ritalin, Dexedrine and others, are part of a group of drugs classified as amphetamines. Amphetamines are a class of chemicals that are used both medically and recreationally. For example, the street drug known as “crystal meth,” may refer to either methamphetamine or dextroamphetamine.

While scientific literature regularly makes out crystal meth to be a much more stronger and addictive drug than other amphetamines, this simply isn’t true. “Such statements, however, are inconsistent with the empirical evidence,” wrote the authors of a 2014 report that examined the in depth effects of meth on the brain. “In carefully controlled laboratory studies of human research participants, [dextroamphetamine] and methamphetamine produce nearly identical physiological and behavioural effects…They both increase blood pressure, pulse, euphoria, and desire to take the drug in a dose-dependent manner. Essentially, they are the same drug.”

This means that amphetamine drugs, like Adderall, used to treat narcolepsy and ADHD in children as young as two, are in fact no different in action from meth. “There isn’t much difference between the demonized street drug methamphetamine (also known as meth or crystal meth) and the prescription drug Adderall (8).” Said Carl Hart of Columbia University, drug abuse and addiction expert, and leading author of the 2014 report.

While the National Institute of Mental Health states that “under medical supervision, stimulant medications are considered safe,” it still doesn’t take away from the fact that these drugs can cause serious harm to the body. Studies have shown that there is a significant cardiovascular risk of using stimulant drugs to treat ADHD (9). The FDA even recommends that “patients treated with ADHD medications should be periodically monitored for changes in heart rate or blood pressure (10).”

How To Treat ADHD

The video below describes a more holistic approach to treating ADHD in children. It is safe, effective, and while it may take a little bit of work, it is worth it for the long-term health of all involved.