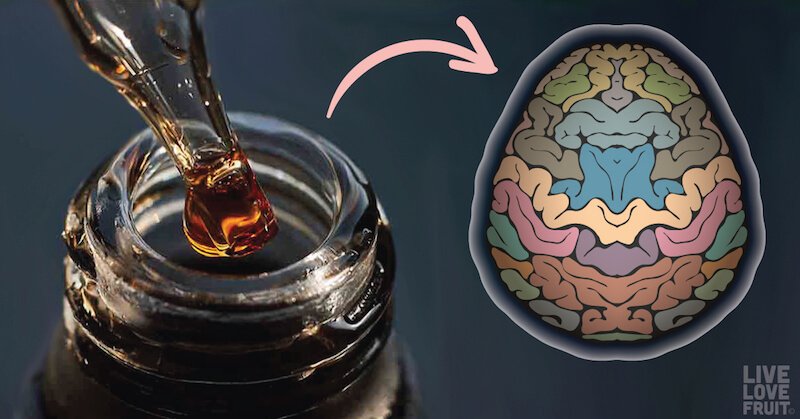 When it comes to concentration and relaxation, essential oils for ADHD affected children can be more than beneficial.

According to the Centre for Disease Control and Prevention (CDC), about 6.4 million children were diagnosed with ADHD between 2011 and 2012. This number continues to rise, not so surprisingly, given the technological privileges granted to children before their brains have had time to develop.

Among very young children (2 to 5 years), behaviour therapy is often the first-line of treatment recommended for ADHD. However, data from the CDC revealed that about half of preschoolers with ADHD were taking medication, and 1 in 4 were being treated only with medication (1).

By age 6, the so-called “best practice guidelines” for ADHD include treatment with both medication and behaviour therapy. Unfortunately, many children are often mis-diagnosed, meaning that kids are taking medications unnecessarily. ADHD medication is also extremely dangerous, and has been compared by some doctors to crystal meth.

Thankfully, parents don’t need to take the route of prescription medication for their ADHD children. Many essential oils have been studied for their effects on the brain, and their ability to modify behaviour.

What Are Essential Oils?

Essential oils are extracts from the leaves, roots, stems, flowers and seeds of various plants. The oils are distilled into extremely concentrated forms and contain active ingredients that have beneficial effects. Using essential oils for treatment of an ailment or other condition is known as aromatherapy.

Using each oil for 30 days, Dr. Friedmann came to the conclusion at the end of the study that essential oils DO help reduce the symptoms of ADHD, and some of them can make a drastic difference. Each child inhaled the essential oil three times a day for 30 days. They had improved brain wave patterns and behaviour, and they did better in school.

Cedarwood essential oil was chosen for the study because of the high concentration of sesquiterpenes, which are known to improve oxygenation of brain cells (3). Vetiver was used because it is well-known for its calming effects on the nervous system, while stimulating the circulatory system.

Dr. Friedmann explains, “When the essential oil is inhaled, the micro droplets are carried to the limbic system of the brain, which is that portion that is the processing centre for reason, emotion and smell, and to the hypothalamus, which is the hormone command centre. The essential micro droplets are also carried to the lungs, where they enter the circulatory system (4).”

Brain activity in the children was monitored by an electro-encephalograph (EEG), which measures electrical impulses moving through the brain. This allowed researchers to determine if their brains were working in a beta state (i.e., alert) or a theta state (i.e., lack of focus).

Friedmann reported:
“I received several letters from parents of the ADHD children stating that their behaviour at home had improved for the better. In several cases, they also state that school educators informed them that their performance was observed to improve in the classroom. The report cards in some of the subjects had reflected this improvement as well.”

Vetiver Essential Oil and The Brain

Dr. Freidmann’s study isn’t the only one that has demonstrated a positive effect with vetiver essential oil.

A recent study published in the Journal of Intercultural Ethnopharmacology showed that vetiver essential oil could provide promising results for those with ADHD. While the study was conducted on animals, it did reveal changes in brain activity suggestive of increased alertness (5).

Another study published in the journal Biomedical Research looked at the effects of inhalation of vetiver essential oil on human participants. The study revealed faster reaction times and stimulation of sympathetic nerve activity (6).

It is evident that vetiver essential oil is an effective means of improving alertness and task performance.

Other Essential Oils for ADHD

While vetiver and cedarwood are proven effective for improving symptoms of ADHD, there are other oils that help increase cognitive performance.

One study found rosemary essential oil to increase cognitive performance when participants had to perform a certain task. In this study, the researchers recruited 20 healthy volunteers who had to perform serial subtraction and visual information processing tasks in cubicles that had varying levels of rosemary oil vapour. Mood assessments were taken before and after testing, and blood samples were taken at the end of each session.

Researchers found that individuals with higher concentrations of 1,8-cineole (a rosemary oil component) in their blood performed better at the cognitive tasks. Their speed and accuracy were also improved (7).

The small size of these lipid-soluble compounds facilitates passage across the blood-brain barrier and consequently they may produce effects at the neuronal level by either acting directly on receptor sites, or indirectly by impacting on enzyme activity.”

How To Use Essential Oils for ADHD

There are many ways you can utilize essential oils for your ADHD child.

Inhalation or applying the oils directly on the skin are two effective and easy methods for combating ADHD. You can also use a diffuser by placing three to four drops of oil into the machine and letting it run for an hour or two. If you don’t have a diffuser, just use the method utilized in the studies – direct inhalation from the bottle (for two to three deep breaths) three times a day.

To use the oils topically, make sure you test them on the skin first to make sure they don’t irritate the skin. To do this, apply one drop to your skin and observe it for one to two hours. If there is irritation, blend them with a carrier oil like coconut, jojoba, grapeseed, or argan oil.

You can pre-mix your oils with a carrier oil and put the mixture into a roll-on bottle. This way, you will always have your oil on hand, or you can give it to your child to use throughout the day if they’re at school.

Where To Buy Essential Oils

I personally love the essential oils created by Edens Garden and Mountain Rose Herbs (I’m not affiliated in any way, I just truly love their products). Their oils are strong, effective, and aren’t too costly. Check out their website for more information on how to order!

Other Natural Options for Treating ADHD

Diet and ADHD have a huge correlation. In fact, scientists have been studying the effects of food additives and ADHD since the 1970’s. It wasn’t until clinical trials in the early 2000’s that solidified the suspicions that certain food additives were causing children to behave out of the ordinary.

One study, held by Dr. Lidy Pelsser of the ADHD Research Centre from the Netherlands found that food is the main cause of ADHD. In an interview with NPR, Dr. Pelsser said, “After the diet, they were just normal children with normal behaviour. They were no longer more easily distracted, they were no more forgetful, there were no more temper-tantrums.” The study found that in 64 percent of children with ADHD, the symptoms were caused by food. “It’s a hypersensitivity reaction to food,” Pessler said.

Eliminating specific triggers from you and your child’s diet is the first thing to do if you or your child are experiencing ADHD symptoms. Artificial food dyes, preservatives, high fructose corn syrup, and other artificial sweeteners have all been shown to either create ADHD symptoms in a child without ADHD, or exacerbate these symptoms in children with ADHD.

Some of the worst food offenders are:
– Candy
– Soda’s, Kool-Aid, Gatorade, Fruit Punch, and other sugary non-juice beverages.
– Frozen fruit and veggies (not the organic ones, but the ones with added artificial colours and dyes)
– Cake mixes and frosting
– Energy drinks
– Popsicles/Ice cream treats
– Fast food/fried food
– Frozen dinners
– Any type of pre-packaged food that contains long ingredient lists
– Wheat for those with gluten sensitivities
– Foods made from GMO’s or those that contain GMO ingredients (basically anything with corn)