Category: > Health > Why You Should Never Eat Another Bag of Microwave Popcorn Again
587shares 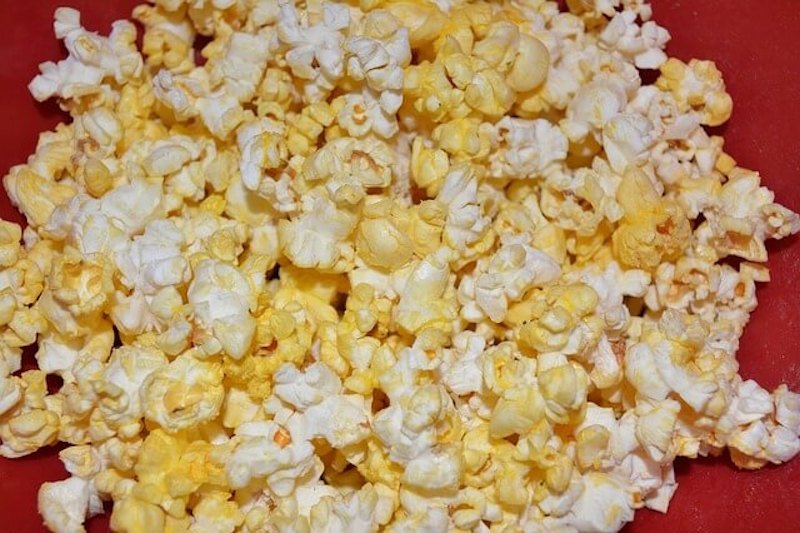 Who doesn’t love popcorn? While most of us view it as a healthy substitute for unhealthy snacks, we couldn’t be more wrong.

Whether your guilty pleasure lies in microwave popcorn or theatre popcorn, it all essentially comes from the same place, and by that I mean it has been treated with all kinds of insecticides, herbicides, fungicides and fumigants. And that’s not all.

What’s So Bad About Microwave Popcorn?

The first thing that comes to mind when I think of microwave popcorn is the bag that holds the popcorn. I mean, is it really safe to place a plastic-lined bag in the microwave, which in itself should be avoided entirely?

What’s In The Bag

The inner lining of popcorn bags contain traces of toxic materials that, not surprisingly, also contaminate the popcorn inside said bag.

Almost all microwaved popcorn come in bags lined with perfluorooctanoic acid (PFOA). This is the same chemical that is used in the manufacturing of Teflon pots and pans. PFOA is a major health concern, because it can stay in the environment and in the human body for long periods of time (1). The chemical, when heated, has been linked to infertility, cancer, and other diseases in lab animals. The EPA lists PFOA as a carcinogen, even though no long-term studies have been conducted on humans.

The chemicals are added to bags to make them grease-proof, and so that buttered versions don’t make a mess of your kitchen. What they don’t tell you, is that the lining of these bags also wreaks havoc on your health.

What’s worse (and again, not surprising), is that the corn is often sourced by GMO farms. Researchers have found links between GMO corn and digestive disorders, tumour development, and an increase in the allergic response. While no one is making GMO popcorn, and there are no sourced of genetically modified popcorn kernels (this is saved for other corn varieties), the corn is still being sourced from farms that produce GMO corn. With the risks of cross-contamination, it isn’t something I’d play with.

Corn isn’t the only thing we should be looking out for when it comes to GMO’s. There are several other GMO ingredients in the form of oil, or emulsifiers that are found in different popcorn flavourings. The buttery taste in popcorn actually comes from the chemical use of something called diacetyl – doesn’t sound too natural to you, does it?

Diacetyl, the fake buttery flavouring, has been linked to the development of lung cancer in factory workers, with some cases also appearing in those who consume the stuff (2).

Brands like PopSecret and Jolly Time also use trans fat, which is one of the most deadliest fats around. It is associated with 20,000 heart attacks a year, and over 7,000 deaths, according to the CDC.

PopSecret also contains an ingredient called propyl gallate, which is used as a preservative, and has been banned basically everywhere except the United States. This chemical is also found in cosmetics and pharmaceuticals. It has been linked to health issues like skin rashes, breathing problems, and stomach issues (3).

Another ingredient to look out for is TBHQ, otherwise known as Tertiary Butylhydroquinone. This chemical is made from butane (a toxic gas), and can only be used at a rate of 0.02 percent of the total oil in the product. Studies conducted on this chemical have found that consumption of just 1 gram of TBHQ results in ADHD in children, asthma, allergies, dermatitis, dizziness, and even stomach cancer (4).

Last but not least, any food company labelling natural flavours or artificial flavours (or both) in their ingredients, should be avoided. According to the Code of Federal Regulation, the exact definition of natural flavours is as follows:

It is hard to tell what exact ingredient is in the “natural flavour” component of your popcorn (or other processed food product), so it is best to steer clear whenever you can.

How To Make Your Own Popcorn

Popcorn is super easy to make on your own. If you trust that companies aren’t sneaking in GMO popcorn into their kernels, and if you must have popcorn in your life, there are healthier ways to go about it. You can make it the traditional way in a pot with a lid, or you can use an air-popper and load it up with superfoods to turn it deliciously awesome.

If you’re using an air-popper, the directions are quite straight forward (follow the manual), then add some melted coconut oil, nutritional yeast, a little bit of Himalayan salt and any other herbs and spices you’d like. Always purchase organic corn kernels whenever possible.

If you want to pop corn using a pot, follow the directions below:
1. In a pot, stir together 1.5 teaspoons of coconut oil and 1/4 cup dry popcorn kernels, then turn the heat on the stove to high.
2. Cover the pot with a lid, and let the popcorn pop until you hear less popping per second.
3. Once the popcorn is done popping, remove from the pot and place in a bowl.
4. Add in some Himalayan salt, hemp seeds, nutritional yeast, or whatever else you’d like to bring your popcorn to the next level!