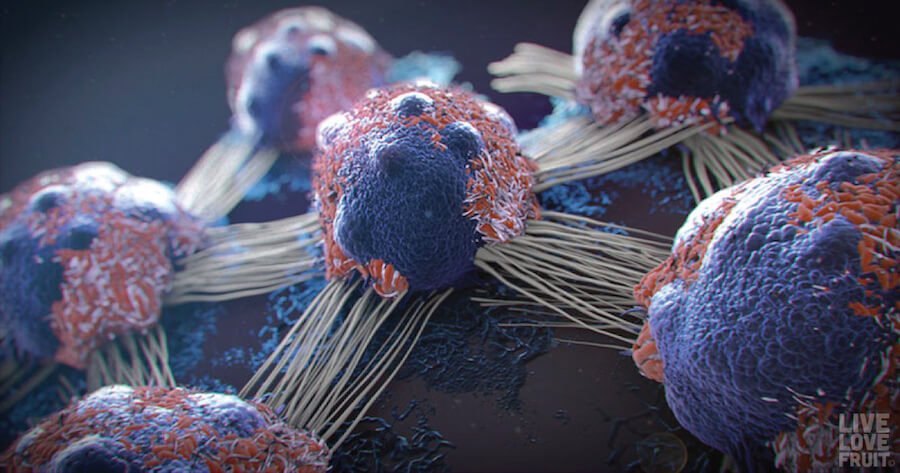 We’re exposed to multiple carcinogenic agents on a daily basis. Whether it’s from the air we breathe, food we eat, or products we use, cancer-causing substances build up in the body until one day, it becomes our reality. However, including anti-cancer foods in your diet can prevent this from happening.

The foods we eat weigh largely on our fight against cancer – and science has proven this. But how do the foods we eat ensure cancer cells don’t proliferate in the body and trigger tumour development?

The right food choices will greatly increase the odds of beating and preventing cancer. If all you’ve ever known is to eat fried, pre-packaged, processed and refined foods, your body will harbour more viruses, bacteria, fungi and yeast. The chemicals in these foods might trigger DNA mutations that lead to cancer formation. We should also keep in mind that these types of foods create an acidic state in the body, an environment where cancer thrives.

A bad diet will destroy almost any alternative cancer treatment, too. Many scientific studies have shown that a poor diet alone can cause cancer (1). Research has shown that poor diet and not being active are 2 key factors that can increase a person’s cancer risk.

For example, about 30 prospective studies of colorectal cancer (the third most diagnosed cancer in men) found that eating 50 grams a day of processed meat (about 2 ounces) is associated with a 20% increase in colorectal cancer risk. This is likely due to the added nitrates in processed meat and heme iron, both of which have been linked with increased cancer risk (2).

Modifying your diet can also keep your weight under control, which offers even more protection against cancer. A 2014 study in The Lancet found that a higher body mass index increases the risk of developing some of the most common cancers. They discovered that among 5 million people studied, a gain of 34 pounds was linked with a 10% or higher risk for colon, gallbladder, kidney and liver cancers (3). Why? According to experts, body fat produces hormones and inflammatory proteins that can promote tumour cell growth.

There are plenty of anti-cancer foods out there that contain cancer-fighting and immune-boosting properties. However, you also can’t expect these foods to magically rid your body of cancer if you aren’t also doing the work to prevent it. If you’re still eating processed, fried fatty foods and a limited amount of fresh fruit and veggies, these foods won’t work as well as you want them to.

While no single food can prevent cancer alone, many types of foods enjoyed in combination on a regular basis can significantly reduce your risk of developing cancer as well as many other diseases.

If you incorporate the foods below into a detox diet described above, your body will have every defence it needs if cancer rears its ugly head.

Cruciferous veggies also contain indole-3-carbidol (13C) molecules, which help prevent estrogen-driven cancers (5). I3C or the related dimer 3,3’-diindolylmethane (DIM) have also been found to inhibit the invasion of normal tissue by cancer cells, and inhibit the development of new blood vessels (angiogenesis) required by tumours to fuel their rapid growth (6, 7).

Make sure that when you’re eating these vegetables, you’re not cooking them for too long (raw is best)! The glucosinolates found in cruciferous vegetables are found to decrease by 18-59% when cooked for 9-15 minutes. Cooking methods that use less water, like steaming, may reduce glucosinolate losses (8).

Turmeric contains the cancer-fighting phytonutrient called curcumin. Curcumin has been found to be highly anti-inflammatory and stops cancer in its tracks. In fact, more than 1,300 studies cited on PubMed (including clinical trials in humans), show that curcumin inhibits the growth of cancer cells and triggers apoptosis.

A phase I clinical trial looked at giving curcumin to 25 patients with precancerous changes in different organs. They found that curcumin had the ability to stop precancerous changes from becoming full-blown cancer (9). Research has also shown that there are low rates of certain cancer types in countries where curcumin consumption is at levels of around 100mg to 200mg a day.

Turmeric targets cancer in some interesting ways. . Below are just a few ways turmeric has been found to fight cancer:
1) Possesses strong antioxidant and free-radical activity, which play an important role in the inhibitory effects of curcumin on the initial stages of carcinogenesis (10).
2) Has an inhibitory effect on both NF-κB and AP-1 activation. Curcumin has been shown to suppress the expression of a variety of NF-κB regulated gene products involved in carcinogenesis and tumour growth (11).
3) Suppresses the expression of cyclin D1 in many types of cancers, including head and neck, colon, bladder, breast, cervical and pancreatic carcinoma’s. When over-expressed, cyclin D1 triggers cancer cell growth (12).
4) Inducer of autophagic cell death (13).

Raspberries contain a compound called ellagic acid (present in most berries, but highest in raspberries), which inhibits the genesis of tumours and slows the growth rate of pre-malignant cancerous cells (15).

If you’re looking to include more berries in your diet, make a berry-rich smoothie for breakfast! It’ll energize you instead of bog you down, and also infuse your body with cancer-fighting nutrients.

Garlic contains over 200 biologically active compounds, like sulfur-containing amino-acids, glutathione and cysteine, all of which have protective functions against cancer formation, growth and metastasis. Strong evidence exists that shows how garlic is effective against cancers of the gastrointestinal tract including gastric, colorectal, and esophageal cancers (16).

There are a few mechanisms by which garlic eradicates cancer cells:
1) It inhibits nitrosamines and heterocyclic amines (HCA), dietary carcinogens that arise during preservation and cooking (17).
2) It effectively blocks the bio-activation and carcinogenicity of non-nitrosamines/HCAs (18).
3) The compounds present in garlic have the ability to suppress proliferation of a wide variety of cancer cells by stopping cell cycle progression and/or inducing apoptosis (cell death) (19).
4) It possesses strong antimicrobial properties, which has an inhibitory effect against Heliobacter pylori (colonization of this bacteria in our gut is linked with gastritis and a greater chance of developing gastric cancer later in life) (20).
5) It contains strong antioxidant properties, which prevents oxidative damage and thus reduces the risk of DNA mutations, which ultimately lead to cancer growth (21).
6) Reduces inflammation in the body, which is a huge trigger for cancer cell growth (22).
7) Possesses immuno-modulatory effects, which essentially improves our immune system and its fight against cancer (23).

This tropical fruit, also known as graviola or guanabana, has a spiny green texture on the outside and sweet tangy flesh on the inside. It is abundant in Central and South America, and tastes truly delicious (I made sure to eat as much as I could while I lived in Costa Rica for four months).

Scientists with the Tepic Institute of Technology in Mexico discovered acetogenins in soursop, which possess strong chemotherapeutic properties. Soursop’s beneficial effects aren’t new – in 1996, a study published in the Journal of Natural Products found Compound 1 (one of five extracted from the seed of the graviola fruit) was “selectively cytotoxic to colon adenocarcinoma cells (HT-29) in which it was 10,000 times the potency of adriamycin (24).” Adriamycin is a toxic chemotherapy drug that comes with life-threatening side effects.

While this fruit is difficult to find in North America, I have been successful in finding it fresh at Asian food stores.

There are so many medicinal mushrooms that should be added in your daily routine. Chaga, reishi and shiitake are just some of the few mushrooms that possess strong anti-cancer activity.

Chaga mushrooms contain one of the highest ORAC values known to man (ORAC measures the antioxidant capacity of a food). Studies carried out on chaga have confirmed its cancer-fighting potential. It not only provides cellular protection against DNA damage (26), but it has been found to induce apoptosis (cell death) in human colon cancer cells (27).

Reishi, otherwise known as the mushroom of immortality, has been traditionally administered throughout Asia for centuries as a cancer treatment. Studies have shown this mushroom to inhibit tumour invasion and metastasis (28). Reishi is rich in antioxidants like polysaccharides and triterpenoids, which have known anti-tumour abilities. Triterpenoids are immune-modulating substances that defend DNA and stop cell mutations while protecting healthy cells. Reishi mushrooms have been successfully used to help fight cancer of the breasts, ovaries, prostate, liver and lungs (29).

While this list is certainly not exclusive, these are some of the best anti-cancer foods out there!