Category: > Health > Your Body Is Acidic. Here’s What You NEED To Do (The Real Truth Behind Cancer…)
9.0K shares 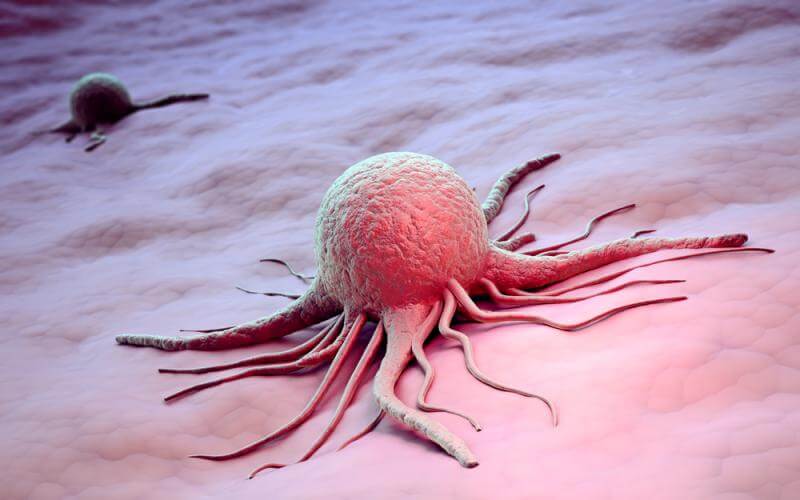 If you haven’t already heard of him, you’re about to wonder why you didn’t. Dr. Otto H. Warburg, son of physicist Emil Warburg, was a German physiologist, medical doctor and Nobel Prize winner.

He was awarded an Nobel Prize for making the discovery that low oxygen was characteristic of cancer cells, and how the process of oxidation ties in with the metabolization of tumours.

According to the Nobel Prize Committee, “he has shown, among other things, that cancerous cells can live and develop, even in the absence of oxygen (1).”

Since oxygen is necessary for all life to thrive and survive, the fact that cancer cells can survive without it is perplexing. But Dr. Warburg describes how this works:

“Tumour cells obtain the energy required for their existence in two ways: by respiration [a process that requires oxygen] and by fermentation [an anaerobic process]. In respiration, they burn organic materials to carbon dioxide and water; in fermentation, they split glucose to lactic acid (2).”

Thus, cancer cells essentially thrive in an acidic environment (carbon dioxide and lactic acid are both acidic). When tumours pop up in oxygen-deprived environments, a protein called CHCHD4 triggers the release of hypoxia-inducible factor (HIF), a protein complex that stimulates blood vessel formation around the tumour, as well as tumour migration (3).

So what Warburg discovered was that cancer cells were low in oxygen due to a change in cellular respiration from using oxygen to using fermentation of sugar.

Why Are Cancer Cells Low In Oxygen

Dr. Warburg noted that all the tumours he studied behaved the same, and that in order to kill tumour cells, it is necessary to “stop respiration as well as fermentation.”

Since tumour cells have two ways of obtaining energy, starving them of glucose isn’t always going to win the fight.

In his later years, Dr. Warburg became convinced that most illness resulted from exposure to pollution. Prolonged exposure to toxins, especially in combination with cells that have not been properly nourished, oxygenated, hydrated and cleansed, could very well be the primary cause of cancer.

Over time, this leads to a cellular defence mechanism whereby cells revert to a more primitive form of respiration (sugar fermentation), multiply, refuse to die and form a protective barrier. The cancer cells start taking in less oxygen, and as a result of growing cancer cells, the body becomes more acidic as a whole.

When most people first get cancer, their pH is at or close to the normal range, but when cancer progresses, the body becomes more acidic.

While cancer creates an acidic environment in the body, one of the easiest ways to fight it is by making your body more alkaline. Acidic foods like dairy, red meat, refined grains, and sugar are believed to contribute towards higher rates of cancer diagnosis and death. This is because these foods create a state of acidosis inside the body, whereby your body fluids and tissues become too acidic.

Opting for alkaline foods, and sticking to a whole foods, high-raw, plant-based diet has helped numerous people (including myself) recover from a variety of health issues. Drinking plenty of water (up to 4 litres per day), getting enough sleep (8-9 hours a night), and practicing stress-reduction techniques like gentle stretching, meditation, and mindful breathing can also improve the state of the body.

You can also help alkalinize the body with a powerful combination of lemon juice and baking soda.

Baking soda (or sodium bicarbonate) is produced by your pancreas to neutralize excess acid in the digestive system. Multiple people have found that they were able to cure their own cancer simply by ingesting baking soda.

And while lemons might be considered an “acidic” fruit, the metabolization of lemon acids in the body make it one of the most alkalinizing substances on the planet.

Combine the baking soda in a tall glass and add the lemon juice or ACV. Wait until it has stopped fizzing to add about 8 ounces of water into the glass, and then drink the entire mixture first thing in the morning on an empty stomach. Take every day for best results.