Category: > Health > Store-Bought Almond Milk: Why You Should Stop Buying It and How To Make Your Own
335 shares 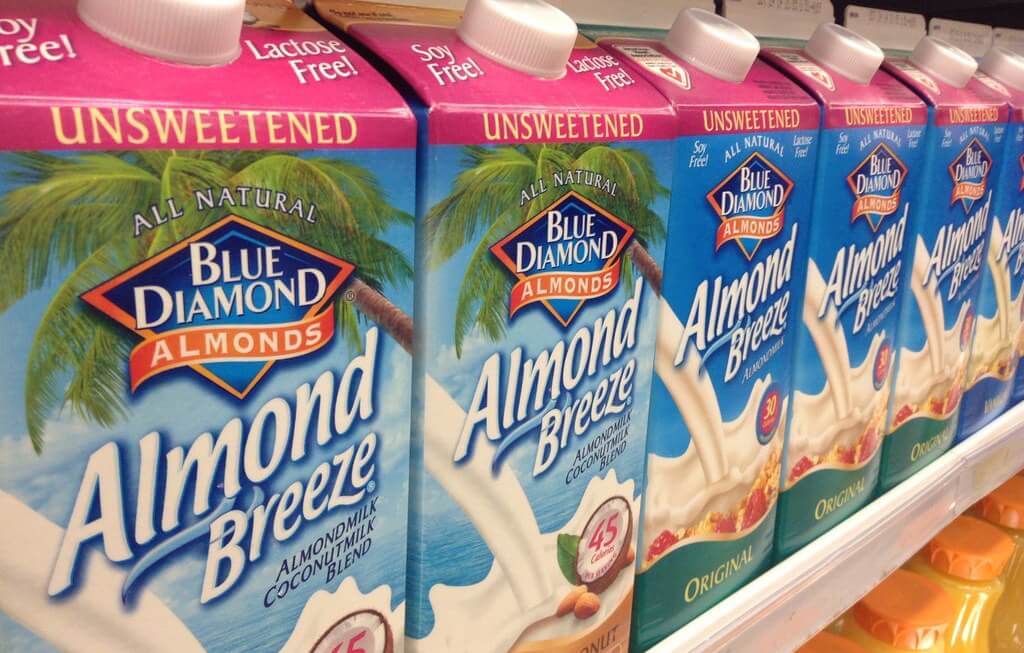 As more and more people search out healthy alternatives to mucus-producing and disease-causing dairy products, they turn to store-bought almond milk, soy milk, hemp milk, and so on.

For many of us, these all seem like legitimate replacements, but it turns out that it may not be the case. With that being said, I’m referring to commercially-produced almond, soy, and cashew milks that you can find in grocery stores either in the refrigerated or shelf-stable isles.

Almond milk, is, naturally, a great plant-based alternative to milk. But it’s the way companies are producing it that’s the problem.

How Many Almonds Are Actually in Your Store-Bought Almond Milk?

While store-bought almond milk doesn’t contain harmful antibiotics or growth hormones that cow’s milk contains, it turns out that it actually offers very little in terms of nutritional value.

It turns out that a half gallon carton of almond milk contains less than a handful of almonds. In fact, one analysis of UK almond milk brand Alpro revealed that almonds only make up 2% of the total drink (1).

And this is quite consistent across the board. One spokesperson for the Almond Board of California said that ingredient combinations are “pretty similar” among UK and US almond milks (2). It was later revealed by almond growers and processors that this two percent ration recipe is the industry standard across the board.

That’s right – only 2% of almond milk is almonds. No wonder almond milk is so cheap, given the high price of almonds. If almond milk contained a healthy percentage of almonds, it sure wouldn’t be $3-4 for a carton. Instead, almond companies fill the bottles with mostly water, and other fillers that are harmful to our health.

Due to the lack of almonds and watered-down consistency, almond milk manufacturers have had to come up with a solution by adding in fillers that provide the “bulk” of your almond milk.

This includes things like carrageenan, locust bean gum, gellan gum, and sunflower lecithin. While they’re relatively harmless (aside from some health concerns), you shouldn’t be giving your money to these companies that create products that aren’t even almond milk. You’re better off just making your own.

Carrageenan, while considered safe by the FDA, research indicates that carrageenan can cause gastrointestinal inflammation (3) and may even possibly contribute to cancer (4). It has also been linked to immune suppression (5), fetal toxicity (6) and glucose intolerance (7).

There are also added synthetic ingredients like those listed below:

– Vitamin A Palmitate: a synthetic version of vitamin A, that is associated with birth defects and bone fractures, while providing zero health benefits. A study published in the American Journal of Clinical Nutrition reports that “the acute and chronic effects of vitamin A toxicity are well documented in the literature. Emerging evidence suggests that subtoxicity without clinical signs of toxicity may be a growing concern, because intake from preformed sources of vitamin A often exceeds the recommended dietary allowances (RDA) for adults (8).”

– Calcium Carbonate: this ingredient is derived from non-organic, non-living mineral sources like chalk and eggshells. Calcium carbonate is associated with serious health risks like cardiovascular disease, prostate cancer and kidney stones (9). Recent studies are even finding that supplementing with calcium can increase the rate of hip fractures in older women (10). Always steer clear of calcium-fortified foods. Instead, get your calcium from plant-based sources.

– Dl-Alpha Tocopherol Acetate (Vitamin E): this additive is found in some brands of almond milk, but unfortunately, many people don’t know that it is derived from petroleum, and really does the body no good. This version of vitamin E has been shown to increase the risk of prostate cancer in healthy men (11). Even Dr. Marc Garnick, clinical professor of medicine at Harvard Medical School warns all of his patients to completely avoid any dietary supplements containing vitamin E.

How To Make Your Own Sprouted Almond Milk

While homemade almond milk will usually contain a higher fat percentage (that is, unless you really water it down), you should remember that this fat is good fat. Homemade almond milk provides the body with heart-healthy monounsaturated fats, high-quality plant-based protein, vitamin E, copper, magnesium and antioxidants.

Homemade almond milk is also made from sprouted almonds, unlike store-bought almond milk, which is not. While most people don’t really care much for sprouting their nuts and seeds, it makes a significant difference in how well your body absorbs the nutrients and proteins in the nut and/or seed.

Almonds contain enzyme inhibitors (sometimes referred to as anti-nutrients), which are beneficial to the survivability of the nut, but can create major absorption issues in the human gut. This can cause many digestion-related issues like bloating, gas, fatigue, stomach pain, and more.

Fortunately, you can avoid these enzyme inhibitors by sprouting (soaking) the almonds first for eight hours, which releases the enzyme inhibitors, making them easier on digestion. Companies that mass-produce their almond milk do not undergo this process unless specifically stated on the bottle (I personally don’t know of any almond milk company that does this).

With that being said, here is how you can make your own homemade sprouted almond milk:

1. Soak your almonds overnight for at least 8 hours.
2. Drain and rinse the almonds in the morning, and if you can, pop off the outer skins.
3. Blend your almonds with 4-5 cups (5 cups would make it slightly more watery) of filtered water in a high-speed blender like the Optimum G2.1.
4. Line a large glass bowl with a cheesecloth or nut milk bag.
5. Pour the blended almonds into the cheesecloth/bag and squeeze and press to extract around 3.5-4.5 cups of milk.
6. Pour the fresh milk into a clean blender and add the optional ingredients at this point. Blend on high.
7. Pour the milk into air-tight containers and store in the fridge. This should last about 1 week!

*You can use the almond pulp to make tasty raw cookies, or include it in your baking to add some extra fibre.

And that’s all! Making homemade almond milk is actually incredibly simple. Let me know in the comments below if you tried it out!