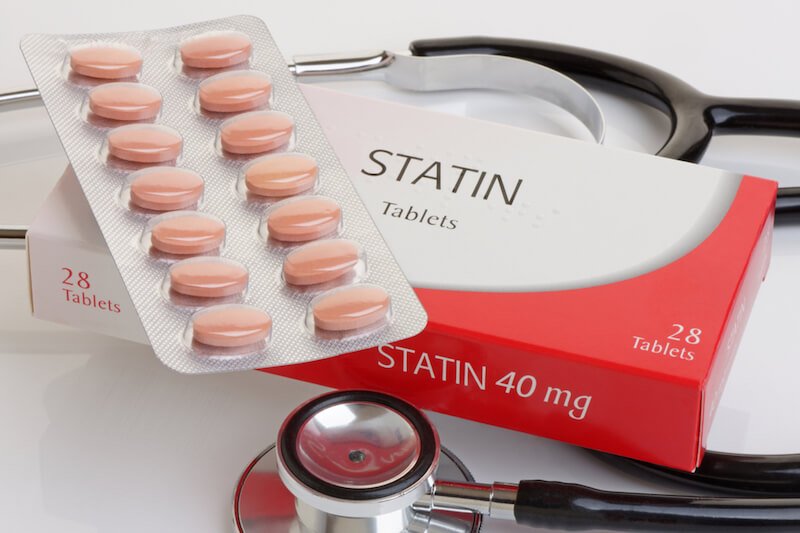 Cholesterol-lowering statin medications like Lipitor and Crestor have been the #1 prescribed class of drugs in the U.S.A, especially now that cardiovascular disease (CVD) is the biggest killer of Americans.

However, most people who take statins haven’t even been diagnosed with CVD. Doctors often prescribe statins unnecessarily for people who have high cholesterol in anticipation of preventing future heart attacks or strokes. Medical experts call this “primary prevention,” however, over 14 scientific studies now show that statins are virtually useless for primary prevention, according to Huffington Post.

The analysis, published by the Cochrane Collaboration, reviewed studies involving a total of 34,000 people. They found that the studies over-reported positive results, and under-reported negative ones. They also included people in the study who already had CVD, which is a sneaky way of designing a study that basically guarantees positive results (since statins almost always produce positive results in people with CVD).

The meta-analysis also criticized the horrible side effects, and outrageous cost of the drug.

What Are Statins, And What Do They Do?

Statins are a type of medication used to lower blood cholesterol levels. They do this by blocking the action of a chemical in the liver that is needed for cholesterol production (1). Statin drugs also help the body reabsorb plaque stuck inside your arteries to prevent heart attack.

The Dangerous Side of Statin Drugs

Unfortunately, statin drugs aren’t that good for your health. Although they work to lower LDL cholesterol, they also prevent the liver from producing HDL (good) cholesterol. Less production of HDL means that your body will have a hard time producing hormones, vitamin D, and bile. HDL is also important for communication between cells, and is needed for growth and maintenance of the brain (2).

Statins also deplete your body of coenzyme Q10 (CoQ10), which is vital for cell energy (and therefore vital for high energy, longevity, overall good health). CoQ10 is also involved in the production of ATP, a critical component of cellular respiration (3), and energy carrier for every cell in the body. Considering the energy production of the heart, and non-stop demand for ATP, you can see why statins literally deplete your heart of its main energy source (and every other organ in the body).

It seems then, that although statins claim to ward off heart disease, depleting the body of CoQ10 through the use of statins actually increases your risk of acute heart failure. If you’re on statins, and refuse to get off, at least take a CoQ10 supplement.

Cardiovascular disease can be caused by a variety of things. Not only do we have access to high fat foods, but we have become dependent on a sedentary lifestyle, leaving our arteries clogged, and hearts out of shape.

In his 20-year longitudinal study (6), Dr. Esselstyn monitored and changed the diets of patients who had advanced coronary artery disease, 17 of which had over 49 cardiac events in the years leading up to the study. Some of them were even told that they had less than a year to live.

After one month of following his program on a pure plant-based diet, their cholesterol levels, angina symptoms, and blood flow dramatically improved. After just 5 years, their average cholesterol levels dropped from 246 mg/dL to 136 mg/dL (anything below 150 mg/dL is “low to no risk”). Drops in cholesterol this large have never been documented in medical literature. Angiograms taken of the participants in the study proved that their coronary arteries had widened and opened up to allow blood to flow freely once again – a complete reversal of coronary artery disease (you can see the angiograms here).

Other common causes of cardiovascular disease include smoking, inability to manage stress levels, poor anger management, being overweight or obese (which can easily happen if you aren’t conscious of what you’re consuming), older age (which wouldn’t apply if you ate well, exercised and stressed less), diabetes and high blood pressure. So the only real causes of heart disease that aren’t attributed to diet are smoking and inability to manage your stress.

Sugar over-consumption (note: NOT the sugar found in fruit), can also cause heart disease (7). Eating too much sugar causes glycogen stores in the liver to transform into lipids, which remain in your bloodstream as cholesterol and triglycerides. The liver begins to store fat, causing non-alcoholic fatty liver disease. Reducing your consumption of sodas (energy drinks, sports drinks), cookies, cakes, pastries, pies, ice cream, frozen yogurt, candy, ready-to-eat-cereals, etc. will largely help reduce your risk of CVD.

As mentioned above, adopting a plant-based diet, or simply reducing your animal product intake a few days a week is almost a guarantee that your cholesterol levels will stay low, and your heart healthy and happy.

There are also many nutrient-dense foods that can help manage your cholesterol levels, while protecting the heart, such as:

One of the best foods for cardiovascular health, the avocado contains beta-sitosterol, which lowers LDL cholesterol, while raising good, HDL cholesterol. They also contain vitamin B6 and folic acid, which help regulate homocysteine levels, as well as folate, which protects against strokes.

High in carotenoids, lutein, vitamin B6, and folate – all compounds that help prevent the risk of heart disease, stroke and atherosclerosis. Broccoli also contains high amounts of sulforaphane, a major anti-inflammatory, which helps prevent inflammation in “high-risk” arterial areas (such as those with major plaque build-up).

Studies have found that just 1/4 tsp. of cinnamon a day is enough to lower triglycerides, blood sugar, and LDL cholesterol by 7-27%, respectively (8). Cinnamon also helps prevent the release of arachidonic acid, an inflammatory fatty acid, thereby preventing the thickening of blood and rise in blood pressure, which can normally damage delicate arteries.

Watermelon is naturally high in lycopene, which is a known protector against heart disease (9). It also contains the compounds arginine and citrulline, both of which reduce high blood pressure by relaxing blood vessels (making it the perfect fruit for lowering your risk of CVD).

Many studies have found that spirulina is effective in reducing bad (LDL) and increasing good (HDL) cholesterol. It is loaded with GLA fatty acids, which prevent accumulation of cholesterol in the body, and therefore reduces the amount of fat deposits in the arteries.

For a full list of foods that naturally unclog arteries and prevent heart attacks and strokes, check out my blog post here.