Category: > Recipes > This Radish Juice Is The Cure To All Of Your Mucus And Sinus-Related Problems
1.3K shares 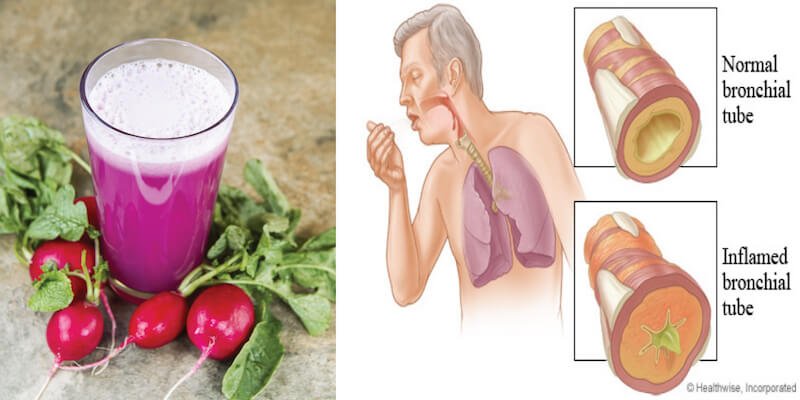 Excess mucus production is often caused by irritants like food additives, bacteria and viruses, chemicals, pollution, dust, smoke, and food allergens. Excess mucus is produced so that it can capture these particles and shuttle them out of the body – in the form of coughing, stuffy noses, and more.

Radishes are a great way to clear mucus from the body because they help loosen phlegm and clear the sinuses.  Not only that, but ginger is another great remedy that helps break up mucoid plaques so that the body can dispose of them easier.

You can use any type of radish – black, red, or even daikon (Chinese radish).

Run all of the above ingredients through a juicer and enjoy immediately!