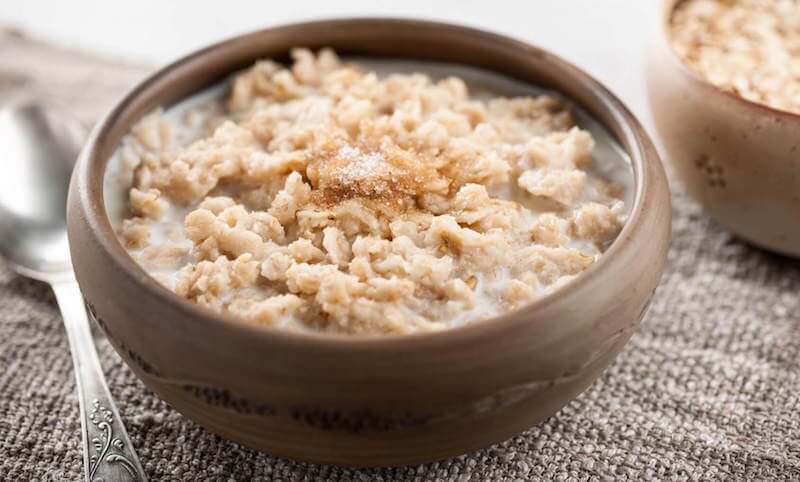 The U.S. Food and Drug Administration (FDA), has sued Quaker oats (owned by PepsiCo), for its “all natural” oats, which contain high levels of glyphosate weed killer (sold as “RoundUp” by Monsanto).

Glyphosate residues were not only found in regular oat products for adult consumption, but also plain and flavoured oat cereals for babies.

It comes as a shock to discover that non-GMO crops are being sprayed by the popular weed-killer, RoundUp. Quaker Oats even admitted to the NY Times that their oats are sprayed with glyphosate by farmers:

“In a statement, the Quaker Oats Company said that it did not add glyphosate during any part of the milling process but that it might be applied by farmers to certain grains before harvest…Oats are not a genetically engineered crop. But glyphosate is increasingly being used as a “desiccant” to dry out crops to speed harvesting (2).”

Hilariously, the Quaker Oats company believes that the glyphosate that is sprayed on crops will just “wash off” during the preparation of oats for packaging, even though the chemical has already soaked and spread through the entire cellular system of the oat itself.

“The company said it puts the oats it receives through a cleaning process. “Any levels of glyphosate that may remain are trace amounts and significantly below any limits which have been set by the E.P.A as safe for human consumption,” the company said (2).”

But for anyone with a science major, you’d know that glyphosate survives food washing and processing. It remains in-tact, even after a rigorous cleaning, and ends up in high levels in a majority of different food products.

According to Maya Shetreat Klein, MD, Author of The Dirt Cure Growing Healthy Kids with Food Straight from Soil, “Glyphosate residues are neither removed by washing nor broken down by cooking. The herbicide residue remains on food for more than a year, even if processed, dried, or frozen.”

Monsanto and The EPA

The majority of the food samples tested contained levels below the United States Environmental Protection Agency’s (EPA), proposed “allowable daily intake,” but this level is questioned, given that it fails to take into account the evidence of carcinogenicity or toxicity of adjuvants in glyphosate formulations or the high concentrations of glyphosate in food and water (3).

“The levels found by the FDA in oats fall within those allowed tolerances, which for oats is set by the EPA at 30 ppm. The United States typically allows far more glyphosate residue in food than other countries allow. In the European Union, the tolerance for glyphosate in oats is 20 ppm (4).” Wrote Carey Gillam at Huffington Post.

Monsanto has actually helped guide the EPA in setting tolerance levels for glyphosate in food, as a way to protect the interests of industry. In 2013, they requested and received higher tolerances for many foods. The EPA estimates that about 100,000 pounds of glyphosate are used annually in production of U.S. oats (5).

Essentially, while the EPA protects corporate interests, our entire food supply continues to be poisoned.

The FDA also only started testing for glyphosate residues in food in 2016. This came after independent researchers started conducting their own testing and found glyphosate in an array of food products.

What’s So Bad About Glyphosate?

The study conducted by the ANH-USA also revealed that glyphosate accumulates in animal tissues, presumably also in humans. This is not surprising.

According to the Journal of Pesticide Reform, glyphosate is a major toxin you don’t want on or in your body. “Symptoms of exposure to glyphosate include eye irritation, burning eyes, blurred vision, skin rashes, burning or itchy skin, nausea, sore throat, asthma, and difficulty breathing, headache, lethargy, nose bleeds, and dizziness…Exposure is linked with increased risks of the cancer non-Hodgkin’s lymphoma, miscarriages, and attention deficit disorder, as well as Parkinson’s disease (9).”

An excerpt from the book Poison Spring The Secret History of Pollution and the EPA by E.G. Vallianatos and McKay Jenkins:

“Monsanto has convinced millions of farmers, the American government, and the European Commission that glyphosate is safe. Yet the picture is not so clear. Studies published in 2010 show glyphosate causes birth defects in frogs and chicken embryos at amounts smaller than farmers and gardeners leave in food. Older studies document other dreadful effects of glyphosate, including cancer, endocrine disruption, damage to DNA, and deleterious malformations of the reproductive, neurological, and developmental systems of animals and humans. Researchers also link glyphosate to miscarriages in humans and livestock. Monsanto and government authorities have known about the toxic effects of glyphosate since the 1980s. And both the industry and regulators have kept the public in the dark. Genetic engineering, in other words, represents imperial politics of the worst kind, aiming at no less than the control of the world’s food by agribusiness.”

The ANH-USA tested common breakfast foods that many consider “the most important meal of the day.” Through independent laboratory testing, they discovered what was more of a shock than anything. Foods with the highest levels of glyphosate – oatmeal, bagels, bread, and wheat cereal – are from non-Roundup Ready crops, and yet, as described above, the chemical is still sprayed as a desiccant shortly before harvest.

The levels found in animal products aren’t from spraying itself, but from bioaccumulation – an effect that happens when a chemical enters the food chain, and builds up in the tissues of animals. If glyphosate builds up in animals tissues, you can be rest-assured that glyphosate also accumulates in the tissues of humans. The tests below were done by an independent laboratory using the ELISA (enzyme-linked immunosorbent assay) test.