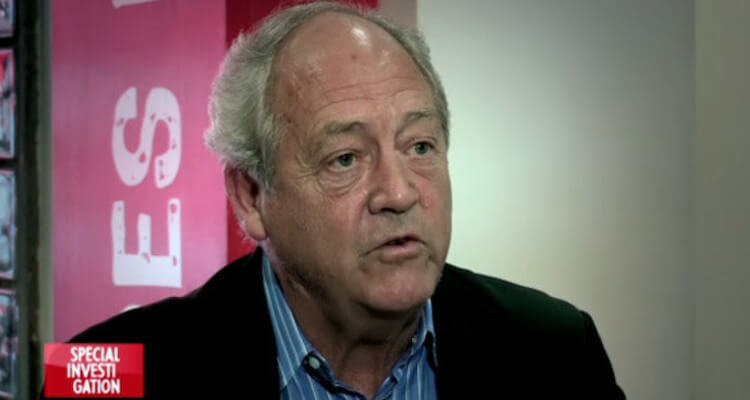 Weedkiller is safe to drink? One advocate for genetically modified foods thinks so.

In an interview with the French television station Canal Plus, Patrick Moore (an advocate of genetically modified foods) states that Roundup, a weedkiller manufactured by Monsanto, is safe to drink. When offered a drink, he quickly panics and refuses to do so:

According to EcoWatch, Moore used to be a member of Greenpeace, before becoming a public relations consultant for polluting companies like nuclear power, forestry, Big Oil, pesticides, and of course, GMO advocacy.

In the video, Moore insists that glyphosate, the active ingredient in Roundup herbicide, was not increasing the rate of cancer in Argentina.

Moore said, “you can drink a whole quart of it and it won’t hurt you.”

“You want to drink some? We have some here!” The interviewer insisted.

Moore then stated, “I’d be happy to, actually…not really, but…I’m not stupid.”

He then went on to say that it is “not dangerous to humans,” but then stated that he is “not an idiot” after being offered a drink one more time. Moore then walked out of the interview.

Many of the ingredients in packaged foods are derived from genetically modified organisms. They are usually labelled as ingredients you’d think are harmless.

If you want to reduce your pesticide exposure by over 80%, make sure you avoid these foods. People who eat organic produce have been found to contain lower levels of pesticides in their bodies than people who eat conventionally grown fruit and veggies.