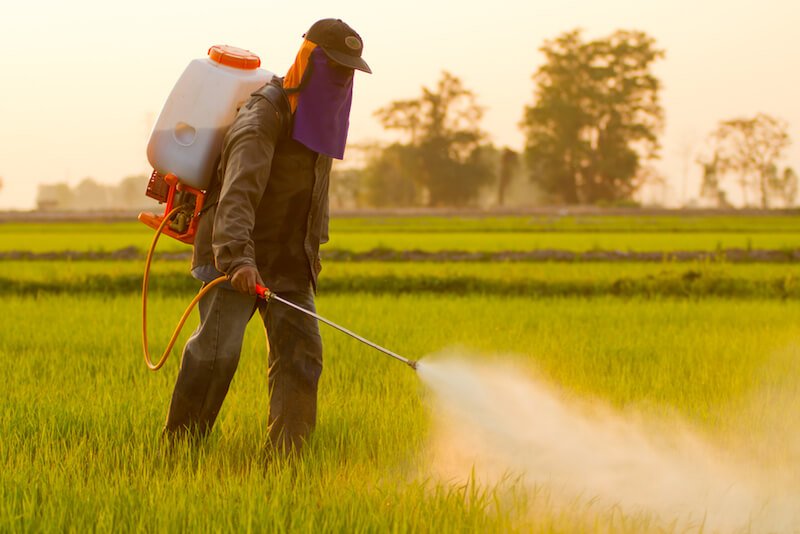 Monsanto is doing everything they can to bury this story – and it’s working. Not one mainstream media outlet has covered this new report, showcasing how residue levels of the weed killer, glyphosate (aka. Monsanto Roundup), is ending up in our food, when it shouldn’t be there.

If you’re eating things like Oreos, Ritz Crackers, Triscuits, Honey Nut Cheerios or Goldfish, you may want to think twice. Food Democracy Now and the group’s “Detox Project,” arranged for testing of popular American food items at the San Francisco-based Anresco lab. The results they found were alarming.

And just to give you an idea of how harmful these levels are, research shows that any effects on human health begin at low exposure levels, around 0.1 ppb of glyphosate. Many of these food products contain levels 1000 times higher these amounts – which is terrifying to think about. 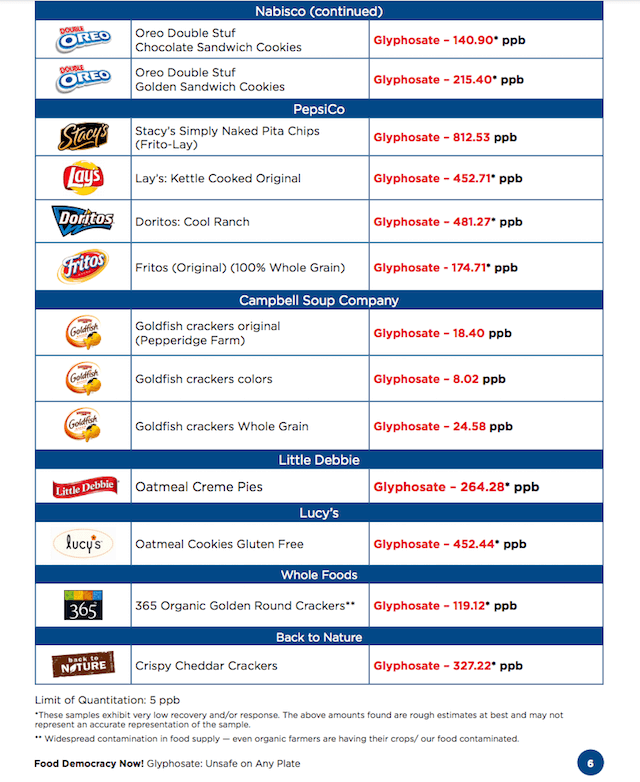 The Food and Drug Administration (FDA) has been struggling with its own efforts to determine levels of herbicide residues in certain foods. Although they normally test for pesticide residues, they haven’t tested for herbicide residues (such as glyphosate) until this year. This testing was suspended, however, after many difficulties with devising a standard methodology that could be used across the agency’s multiple U.S. laboratories.

It was until this June, 2017, that the FDA finally resumed testing food products for levels of glyphosate and other herbicides. However, they’ve provided little details of the testing, which makes me wonder.

Why Is Glyphosate So Bad?

Glyphosate is one of the most widely used herbicides in the world. It is the key ingredient in Monsanto’s Roundup herbicide. It has been classified as a probable human carcinogen by the World Health Organization’s International Agency for Research on Cancer (IARC). After years of research on the chemical, they found evidence of genotoxicity and oxidative stress from glyphosate, including DNA damage in the peripheral blood of expose humans.

Not only has the IARC linked glyphosate to cancer, but independent research has also linked this deadly chemical to some nasty effects, including cancer (see those studies here, here, here, here and here).

Even though the findings are evident that glyphosate is not safe for human consumption, regulatory bodies still claim that there is “not enough evidence” to support this view.

According to Dr. Seneff, glyphosate contributes to a variety of different conditions (such as those explained in the video below). She states that glyphosate is possible “the most important factor in the development of multiple chronic diseases and conditions that have become prevalent in Westernized societies.”

These chronic diseases include:

Glyphosate also prevents plants from receiving proper nutrients in the soil by binding to them and preventing their uptake (like iron, calcium, manganese, magnesium and zinc). Therefore, it makes our food less nutritious.

Not only that, but glyphosate is a broad-spectrum antibiotic, killing all the good bacteria in your gut (think about all the digestive disorders we see this day in age). Even worse, it preferentially affects beneficial bacteria, allowing pathogens to overgrow and take over. Poor gut health can lead to a host of different disease (such as those mentioned above), and can dramatically sacrifice the strength of one’s immune system.

Glyphosate Found In All Foods – Even Non-GMO and Organic!

This chemical has gone so widespread that it has even been detected in air and water samples. That means people who drink tap water are exposed, or if you’re a living, breathing human being, it’s likely that you’re inhaling the stuff too.

And it isn’t just used on GMO crops. Conventional farmers who do not practice organically use Roundup as a drying agent on crops like oat and wheat. And no, it can’t just be washed up. Once the plant uptakes the chemical, it is embedded in every cell of the plant.

Millions of people use Roundup in and around their home to keep their lawns looking green, and it is also widely used in parks and other public spaces.

If glyphosate is in our water supply and in the air, you can bet that your organic food and home-grown garden is also afflicted.

What Can We Do?

Even if you do not consume the above mentioned foods like Triscuits and Ritz Crackers, someone in your family probably does. Spread this information to them and make them aware. Share this article on Facebook and other social media outlets to get the news out there that our food supply is poisoned, and we need to put a stop to it!

Only we have the power to make this information go viral – so if you want to stop the corruption perpetuated by Monsanto, make sure you click those share buttons in any way possible!