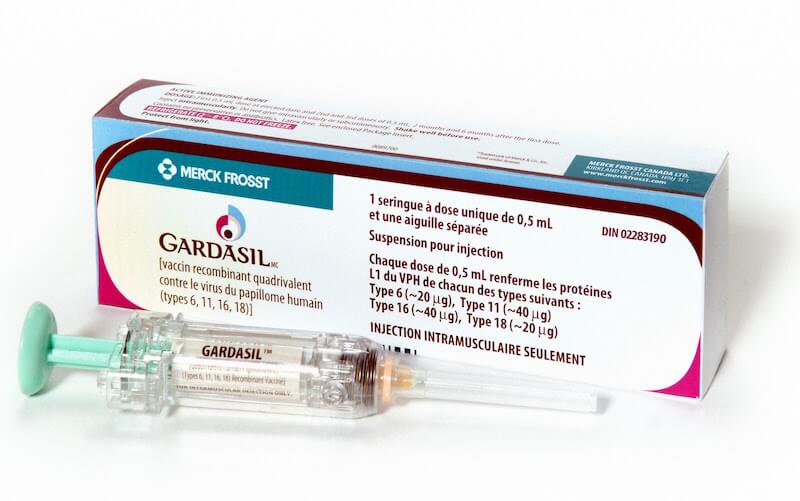 The Human papillomavirus (HPV) vaccine has been heavily promoted since their development in 2006. It is now a recommended routine vaccination for girls and women between 9 and 26 in the United States.

However, people wouldn’t readily accept the HPV vaccine if they were aware of the sound scientific evidence that shows just how dangerous this injection really is.

In Japan, HPV vaccine controversy has risen so much, that vaccination rates have plummeted from 70% to only 1% (2). Recommendations for the HPV vaccine were withdrawn by the Japanese government in 2013, after highly publicized cases of adverse events in girls starting popping up.

In an open letter to the Director-General of the World Health Organization (WHO), physician and scientist Sin Hang Lee stated:

“As a medical doctor and scientist, I write to present grave concerns regarding the conduct of certain members of the Global Advisory Committee on Vaccine Safety (GACVS), the World Health Organization, the CDC and other scientific/health professionals during the time shortly before the public hearing on HPV Vaccine Safety which was held in Tokyo, Japan on February 26, 2014. I have come into possession of documentation which leads me to believe multiple individuals and organizations deliberately set out to mislead Japanese authorities regarding the safety of the human papillomavirus (HPV) vaccines, Gardasil® and Cervarix®, which were being promoted at that time.” (3)

The letter then goes into the fraud regarding HPV vaccines, and the withholding of reports of adverse effects surrounding the vaccine, and more.

In an op-ed piece in a Quebec newspaper Le Devoir entitled, “HPV Vaccination: Urgent Call for a Moratorium” (4), Drs. Genevieve Rail of Concordia University and Abby Lippmann of McGill University in Montreal, Quebec describe the controversy surrounding the vaccine. The article shook up the vaccination world, as well as individuals who were once pro-vaccine.

In the article, the authors state that there is an “urgent need to stop the administration of this vaccine,” outlining several reasons for their request for a moratorium (vaccination without informed consent, adverse effects, a deficient system of pharmacovigilance, a false priority in public health, an unknown mechanism, an unproven vaccine efficacy, fraudulent marketing and a hasty approval) (5).

Drs. Genevieve Rail and Abby Lippmann, mentioned above, were slammed by mainstream media, as they were paid to research, not to criticize. Their research that lasted over four years included interviews with parents, many of whom reported that their children had serious side effects after vaccination.

As outlined above, the following reasons are why the scientists so strongly spoke out against HPV vaccinations:

1. Vaccination without informed consent: neither young nor the parents can not give informed consent, as they are not aware of the real benefits (if any), and possible adverse effects.

2. Adverse effects: in the United States alone, the Government System for Reporting Vaccine Adverse Reactions (VAERS), as of July 2015, has identified over 40,000 cases of girls and women who have been severely affected by the HPV vaccine (232 dead, 1,300 handicapped, and 8,000 who have not recovered).

4. False priority in public health: incidences of cervical cancer have been declining (without the vaccine), thanks to pap smears. The HPV vaccine is un-necessary, if people went in for their yearly or bi-yearly tests.

5. Unknown mechanism: cervical cancer takes 20-40 years to develop, with only 12 of 100 types of HPV being identified as “high risk” (associated with cervical cancer). “the vast majority of girls and women with high-risk HPV do not develop cancer because these HPVs alone can not cause cancer. In 90% of cases, HPV naturally disappears from the body within two years of infection.” (6)

6. Unproven vaccine efficacy: there are no studies done yet that prove that the vaccines work (as cervical cancer takes years to develop). Gardasil can actually increase the risk of precancerous lesions if it is administered to women who are already affected by HPV.

7. Fraudulent marketing: HPV vaccines are heavily advertised as being cancer preventative, however, there is no evidence that this is true, bringing us to number 8 below.

8. Hasty approval: the HPV vaccines were approved before proper clinical trials were done to prove its safety and efficacy.

In the video below, Dr. Lucija Tomlijenovic gives a short review of the scientific literature surrounding Gardasil and Cervarix below. She claims that pharmaceutical companies do not test for adverse reactions.

Lead Gardasil researcher, Dr. Diane Harper, began speaking out against HPV vaccinations after she made her surprising confession at the 4th International Conference on Vaccination, which took place in Reston, Virginia. Her speech, which was originally intended to promote the benefits of vaccines, took a major turn, when she instead decided to clear her conscience about the deadly vaccines, so she “could sleep at night.”

Dr. Harper said that data available for Gardasil shows that it only lasts five years, with no data showing that it remains effective beyond five years (7). This raises the question about CDC’s recommendation for series of shots to be given to girls as young as 11-years old.

“If we vaccinate 11 year olds and the protection doesn’t last… we’ve put them at harm from side effects, small but real, for no benefit,” said Dr. Harper. “The benefit to public health is nothing, there is no reduction in cervical cancers, they are just post-poned, unless the protection lasts for at least 15 years, and over 70% of all sexually active females of all ages are vaccinated.” She also said that enough serious side effects have been reported after Gardasil use that the vaccine could prove riskier than the cervical cancer it supposedly prevents. Cervical cancer is usually entirely curable when detected early through normal Pap screenings.

Since the administration of Gardasil and Cervarix, settlements over $6,000,000 have been paid out by the United States Department of Health and Human Services to victims of damage caused by the vaccine. This was spread out among 49 individuals, including 2 deaths (8).

The most commonly reported negative reactions to Gardasil and Cervarix: