Category: > Health > This Is Why Your Grandparents Didn’t Have Food Allergies, But You Do!
4.9K shares 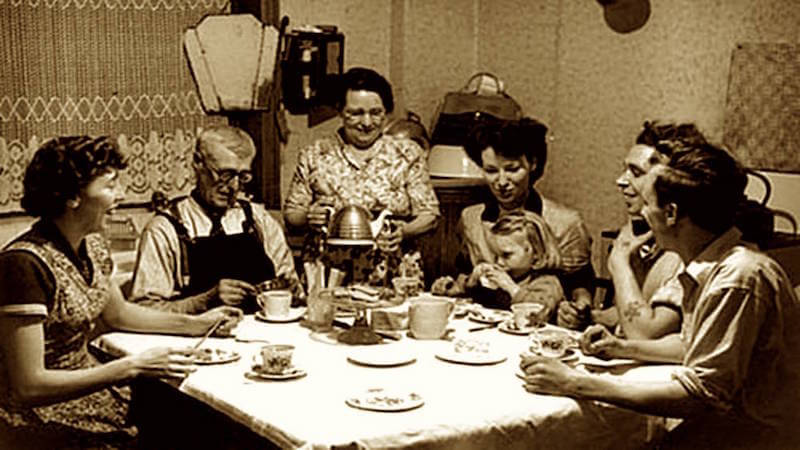 It wasn’t long ago when peanut butter was allowed at school and food intolerances were unheard of. Did your grandparents have any allergies? Probably not.

According to research for the U.S. Centres for Disease Control and Prevention (CDC), food allergies in children have increased approximately 50 percent between 1997 and 2011, now affecting 1 in 13 children in the United States (1). That’s about two students in every classroom.

It is also estimated that more than 17 million Europeans have a food allergy, and that number is rising as well.

But why didn’t our grandparents suffer? Why have allergies increased over 50% in the span of 14 years?

How Our Grandparents Avoided Food Allergies

Why the generational difference?

One prevailing theory is known as the Hygiene Hypothesis, and it’s making parents re-think exactly how “clean” they should keep their children.

We’ve become victims of our own compulsion for cleanliness.

“In the past 20 or 30 years, we’ve certainly been living more cleanly. Our housing has changed, we take antibiotics, we have vaccinations. So our immune system, which has less infection to fight than it has in the past, has become dysregulated, and has begun to react and become hypersensitive to things in the environment that are harmless,” says Dr. Susan Waserman, an allergist and clinical immunologist at McMaster University in Hamilton, Ont. “Why should anyone become allergic to something like a peanut or ragweed? It really doesn’t make any sense (2).”

The hypothesis is supported by the geographical increase in allergies, particularly in Westernized countries like the United States, Canada, and Europe. People are over-vaccinated, obsessed with cleanliness and prescribed more drugs than you can count on all ten fingers.

Our grandparents sure didn’t undergo the rigorous routines that we do. In fact, they spent more time outdoors playing, socializing, traveling and exercising. Exposure to fresh air, activity, and sunshine kept their immune systems working optimally, and their parents didn’t care if they got a little dirty while playing outside. Spending long days outdoors also exposed our grandparents to more sun, and thus, higher levels of vitamin D. Not surprisingly enough, there is a direct correlation to vitamin D deficiency and allergies (3).

Not many packaged and processed foods were available back in the day. Since our grandparents didn’t have the luxury of packaged convenience foods, everything was instead prepared from scratch using real food ingredients and eaten raw, or cooked on a stove, oven, or open fire.

They also wouldn’t of had access to microwave ovens, and therefore the molecular structure of the foods they ate wouldn’t have been altered by electromagnetic radiation.

Babies would have been fed breast milk, and if the mother couldn’t nurse, a wet nurse would be hired. Breastfeeding supplies babies with essential bacteria and has the ability to drastically reduce food allergies of all kinds in children (4).

Up until the 1950s or so, food came from local sources (or it was home-grown). This meant that food wasn’t shipped long-distances, and preservative chemicals were not utilized to the extent that they are today.

There would have been more frequent trips to the grocery store, or our grandparents would have walked out to their garden to gather whatever they needed for breakfast, lunch and dinner that day. This resulted in fresher food, devoid of additives.

Foods were also much more nutritious back in the day. Thanks to poor farming practices that started in the 1960s, our soil has gradually become increasingly nutrient deficient. Magnesium is one mineral that is nearly devoid of all food products, as well as other minerals like calcium, phosphorous, manganese, and zinc.

Our grandparents would also make use of root cellars to keep food fresh for longer, and also to have access to their summer harvest throughout the winter months.

Genetically modified food hit widespread production in the American market in 1994 (5), which is interesting, given that this was immediately before allergy rates began to exponentially increase in 1997. Coincidence?

Genetically modified food didn’t exist when your grandparents were kids, and organic labels weren’t really required, given that most food was organically grown to begin with. When your grandparents were children, farming practices didn’t yet employ the widespread use of chemical fertilizers, herbicides, and pesticides that cause food allergies (6).

Our grandparents also didn’t have access to foods that were full of additives, preservatives, and other “ingredients” the enhance texture and taste, add colour and bulk, and prolong shelf life.

When your grandparents were sick, instead of going to the doctor, they took care of themselves with knowledge that was passed down generations. Instead of taking antibiotics, they utilized traditional medicine like nettle, echinacea, mullein and other herbs to help them get better. Rest, plenty of water, and home remedies were also part of the process.

Many of our grandparents didn’t even have access to a nearby clinic or hospital. Going to the doctor was reserved for more serious cases such as needing a bone set, requiring stitches, or for more life-threatening conditions.

It is evident, now, why food allergies have increased in the last couple years. and why our grandparents were seemingly healthier than we are. The progressive introduction of chemicals in and on our food, as well as in the air, contribute significantly to allergic reactions.

If you want to avoid allergies, make sure you get proper nutrition from organically and home-grown food, and try to eat as local as you can. Get enough physical activity, and enjoy the great outdoors as much as you can. Avoid GMOs when you can, and stop depending on packaged and overly processed foods.