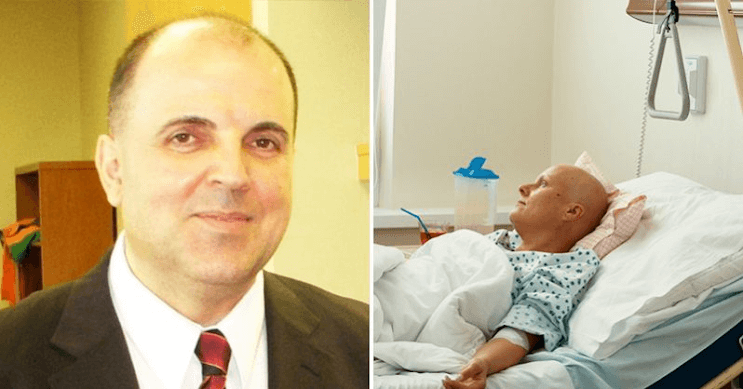 Treating cancer is BIG business in America, so much so that one doctor who scammed cancer patients is now facing 45 years in prison. With over $200 billion a year generated by Big Pharma, it’s no wonder doctors treat patients on the basis of how much money they can squeeze out of them.

It is a sad reality, given so many patients put an immense amount of faith in doctors to guide them in the right direction. And this is exactly what happened to hundreds of patients when one doctor’s lies were uncovered for the world to see in 2013.

Dr. Farid Fata was a Michigan oncologist who operated numerous upscale clinics in Detroit-area suburbs. He pumped poisonous chemotherapy drugs into patients for years, telling them they had cancer when they didn’t. He also over-treated terminal cancer patients, rather than letting them die peacefully, and under-treated actual cancer patients if he could profit from it.

When all was said and done, Dr. Fata has poisoned around 550 victims and submitted over $34 million fraudulent claims to Medicare and private insurers. His actions deteriorated patients’ health, with many sustaining chronic health problems like brittle bones and malfunctioning organs. Some victims spent so much money on Dr. Fata’s treatment plan that they lost their homes and jobs and were forced into bankruptcy (1).

Federal authorities were alerted to the situation through a whistle-blower suit filed by the doctor’s office manager, George Karadsheh, who said he started investigating as soon as he heard disturbing things about misdiagnosis and over-treatment.

In 2013, Dr. Fata was arrested, and sentenced to 45 years in prison. “Dr. Fata did not care for patients; he exploited them as commodities. He over-treated, under-treated and outright lied to patients about whether they had cancer so that he could maximize his own profits,” U.S. Attorney Barbara McQuade said in a news release (2).

Recognizing how toxic chemotherapy is to both cancerous and healthy tissue, McQuade said Fata “gave poison to these people not to keep them alive but to make money (3).”

In September 2015, Fata pleaded guilty to 13 counts of Medicare fraud, one count of conspiracy to pay or receive kickbacks and two counts of money laundering. He was ordered by the U.S. District Court Judge, Paul Borman, to forfeit $17,600,000 that he collected from Medicare and private insurance companies.

In court, Fata gave an emotional apology, saying he was “ashamed” of his actions.

To the hundreds of victims unnecessarily treated under Fata’s watchful eye, his apology doesn’t matter.

“Patients were not people. They were profit centres,” federal prosecutors told Fata, describing him as the “most egregious fraudster in the history of this country (5).”

Fata also admitted to soliciting kickbacks from a hospice and home healthcare service in exchange for his referral of patients to those facilities.

What The Patients Said

About two dozen patients took the stand in court to testify about how Fata had stolen their health, money and trust. They expressed their fear of dying, and of unneeded chemotherapy destroying their bodies, leaving them with irreversible chronic health problems.

For many patients tortured by Fata, it was a weak punishment. One patient lost his teeth after taking chemotherapy he didn’t need (6), while another patient died. “He killed my husband,” said Patricia Loewen of Prudenville, whose husband, Kenneth Paul Loewen, died in September at age 62. She said that Fata deserves to never be freed (7).

According to Dr. Dan Longo, a Harvard medical professor, a drug called Rituximab can weaken the immune system if overused on patients. It’s typically given eight times for aggressive lymphoma, but Fata gave it over 94 times to one patient. Another patient got it 76 times (8). “There is an aggressive approach to treating cancer,” said Dr. Longo. “This was beyond. This was over the top. It’s a stunning number of injections of that drug.”

Chris Sneary went to Fata for testicular cancer treatment from 2010 to 2013. “I gave full and total trust to this man to get me and my family through this journey I was about to begin. Dr. Fata took full advantage of my trust in him, my fear of dying and, most of all, my top of the line health insurance (9).”

Another patient, Donal Crabtree, who did have cancer, also spoke out in court. Crabtree’s wife, Marietta, read a statement aloud in court. “None of the tumours were helped – they increased in number, they increased in size…I believe Dr. Fata knowingly and purposely treated me for the wrong cancer and gave me the wrong chemotherapy (10).”

Now, some of Fata’s former patients have a chance to file claims and possibly be awarded some of the funds that were collected from Medicare and insurance companies. Fata is expected to serve at least 34 years of his sentence at a prison in Michigan.