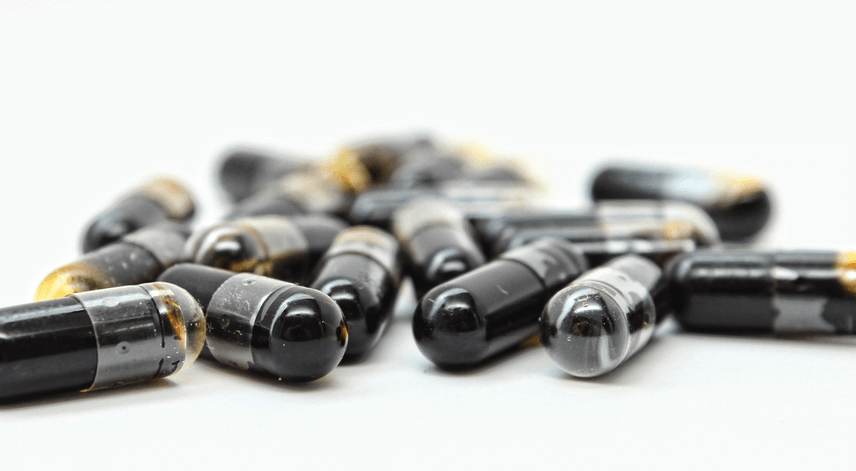 Stories of cannabis oil cancer treatments have been popping up left, right and center. From the 50-year-old man who overcame his battle with lung cancer, to the nine year old cancer patient, Mykayla, who went into remission after just six days of cannabis oil use.

About 25 years ago, Stan Rutner, a retired dentist, was diagnosed with non-Hodgkin’s lymphoma. He underwent conventional allopathic treatments (like radiation and chemotherapy), and the cancer went into remission in 1989. Feeling like he had dodged a bullet, Stan moved on with his life.

However, in 2011, Stan developed a chronic cough that just didn’t seem to go away. His doctor diagnosed him with pneumonia and prescribed conventional treatment. During the initial appointment, his doctor noted that there were some unusual looking spots on his lungs that needed follow-up once the pneumonia had cleared.

Once the pneumonia subsided, the doctor ran several tests on Stan’s lungs, and found Stage 4 lung cancer that had metastasized to his brain (resulting in an inoperable brain tumor). Stan recalled how his doctor broke the news, “You’re in deep shit.” Stan explained. “Yeah, he didn’t sugar coat it at all (1).”

At this time, Stan was in his late 70s. The chemotherapy and radiation he decided to take caused his health to rapidly deteriorate. He lost so much weight that his clothes no longer fit, he was chronically exhausted and experienced constant nausea. All symptoms of conventional cancer therapy.

“After that, he was wiped out. He was very thin. So we finished radiation to his brain on June 25, and on July 13 he entered the hospital for the first time with radiation pneumonitis (inflammation of the lungs due to radiation therapy), so pneumonia. There were three hospital visits during that time, and on the third they kept him for a week and started him on oxygen 24/7. And then he went into palliative care (2).”

Stan was given four weeks to live, at most. To ease Stan’s suffering, and “inevitable” death sentence, he used alternative treatments like Reiki and acupuncture. It wasn’t until his daughter, Corinne, and fiancé, John Malanca, started researching cannabis oil cancer treatments. They decided that this would be the best option for Stan, and that he had nothing to lose.

Barb explained: “Corinne and John were becoming interested in medicinal marijuana but we were concerned that Stan was wasting away. He had lost so much weight and so we were anxious to get his appetite improved and help him with the nausea. So Corinne suggested daytime cannabis capsules infused with coconut oil; they’re yellow capsules that he started taking. He started taking those in early November of 2011 and in the beginning, he took about a third of a capsule in the morning, and it was about a week or two later that he was able to give up the extra oxygen that he had 24/7 (3).”

Within two weeks, the nausea had ended, his appetite improved, he gained some weight and his strength improved because of it. Stan left hospice once he started feeling better, and continued taking cannabis oil capsules every day. He ditched his walker and started taking exercise classes.

After five months, Stan went back in for further test results. His wife Barb reports:

“On January 27, 2013, we received the results of Stan’s brain MRI in an email from his oncologist, stating simply: ‘IMPRESSION: No evidence of recurrent disease.’ The lung cancer that had metastasized to his brain in the summer of 2011 (and nearly taken his life) was GONE! The doctor calls him a miracle man. We are deeply grateful to his ‘team’ of doctors, friends and family, but we’ll always believe that cannabis turned the tide (4).”

Stan’s brain tumor had disappeared, too.

Why Cannabis Works as a Medicine

In order to understand how cannabis cures cancer, we need to look at how it interacts with the systems in the body.

All animals (aside from insects) have an Endocannabinoid System (ECS). It has two primary functions (5):

• Retrograde Signaling System: the ECS functions as a signaling system throughout the body. It allows the body to send signals back and forth. Why is this function so important? If the body can’t communicate with itself, fixing itself is going to be just as difficult.

• Homeostasis: the ECS maintains an inner equilibrium of the body by utilizing a process of locks and keys. The locks are called cannabinoid receptors, located throughout the brain and body (like CB1 and CB2), and the keys are called anandamide and 2-AG. The ECS can turn these locks on or off in order to maintain homeostasis in the body.

And this, my friends, is how cannabis works as a medicine. THC and CBD are two powerful medicinal compounds, which have been studied time and time again, proving their cancer-fighting properties. THC and CBD are anti-proliferative (prevents cancer cells from reproducing), antiangiogenic (prevents the formation of new blood vessels needed by the tumor to grow), antimetastatic (prevents cancer from spreading to other organs), and apoptotic (induces the cancerous cells to commit suicide).

This might make people assume that smoking cannabis is a great way to reduce their cancer risk. Unfortunately, this is far from the truth. Smoking is one of the least effective ways of using cannabis as a medicine. Taking cannabis in oil form will provide a much more concentrated form of cannabinoids, which increases it’s potency and ability to fight disease.

To check out a list on over 30 medical studies that have proven cannabis cures cancer, check out my article here.