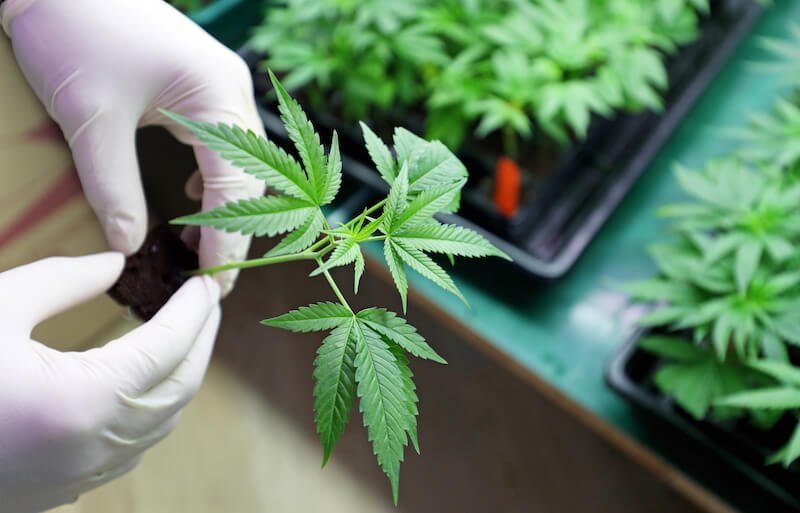 Over the last couple years, there has been much more talk surrounding cannabis as an effective treatment for cancer. And as much as the government has been trying to keep this a secret, a group of federal researchers may have unwittingly let some crucial research slip through the cracks (1). The result? The United States was forced to admit that cannabis can kill cancer.

Just recently, the National Cancer Institute (NCI) posted information on its website that confirms that cannabis can help treat cancer. They did so rather quietly, of course, as to not alert mainstream media.

After the statement, numerous studies are cited to back up their claims, which also note that cannabinoids increase the efficiency of traditional cancer treatments.

The NCI post gives a brief list on the possible therapeutic effects of cannabis on cancer, as well as the history of its use in North America. They only briefly gloss over its applications for the prevention and treatment of cancer (and other disease), and that it was politicized in the early part of the twentieth century, when the DEA decreed it an illegal drug.

Of course, the mainstream media only tells you what the government wants you to hear. So of course, they aren’t going to tell the masses that cannabis has the ability to cure cancer – otherwise, Big Pharma would be out of luck, and out of money (after all, the pharmaceutical industry generates over $100 billion dollars a year in revenue from cancer treatment drugs alone).

It might also have something to do with the fact that cannabis is still classified as a Schedule 1 drug (the same schedule that LSD and heroin are listed). Marijuana recently came up for review to move to Schedule 2 (which includes cocaine and methamphetamine), which defines drugs as having potential for abuse, but also medicinal value (since when does meth have medicinal value?). However, this appeal was rejected, and marijuana remains on Schedule 1 (4) – a list that defines drugs as having potential for abuse and no medicinal value (hmm, that sounds familiar, like cigarettes, and alcohol).

The crazy thing is, is that marijuana has been found in numerous cases to help treat and cure disease of all kinds. Yet it is still listed as a Schedule 1 drug with no medicinal value. If you’re as confused as me on this conundrum, you should be.

Clinical trials of the use of cannabis on humans to treat cancer are limited due to the lack of funding for a Schedule 1 substance. Thousands of trials have been performed on rodents, with extremely powerful, and positive results. Unless cannabis is rescheduled, it will never have the chance to be truly tested by the scientific community on human bodies.

However, thousands of individual reports of cannabis cancer cures prove that this herb really works. Despite this, with the lack of empirical scientific evidence, many people are left criticizing this powerful medicine.

Going back to the NCI’s article, they tread carefully around their words, especially when answering a question in item 7:

“Have any clinical trials (research studies with people) of Cannabis or cannabinoid use by cancer patients been conducted?

“No clinical trials of Cannabis as a treatment for cancer in humans have been found in the CAM on PubMed database maintained by the National Institutes of Health [NIH].”

Notice how they aren’t really saying “no” and kind of tip-toeing around the question, instead?

Although their statement may be somewhat true (it would be difficult to examine over 17,000 cannabis studies published by the NIH), successful human trials have been published elsewhere, such as the British Journal of Cancer, where cannabis was found to arrest brain cancer (5).

By somewhat true, I mean that the NIH has failed to recognize that studies published on their site claim that cannabis has the ability to inhibit tumour cells and prevent metastasis in human breast cancer patients’ tissues (6). Other studies on human cells have produced similar results.

Despite the fact that there is a surmounting body of scientific evidence finding cannabis to be efficacious in treating many human conditions, the Food and Drug Administration (FDA) still has not approved its use for any direct or peripheral cancer treatment. Only two methods of administration are listed – smoking and eating. Smoking isn’t that useful, given it can elicit psychedelic effects that some people aren’t so hot on – same with consumption, which can produce a heavy body-high.

Alternatives to smoking and eating, would be to use cannabis-infused coconut oil topically, or to use CBD oil internally (CBD oil does not get you “high”). Cannabis oil (CBD and THC) could also be used internally, but you would have to build up a tolerance, as it can be quite strong if you’re a beginner.