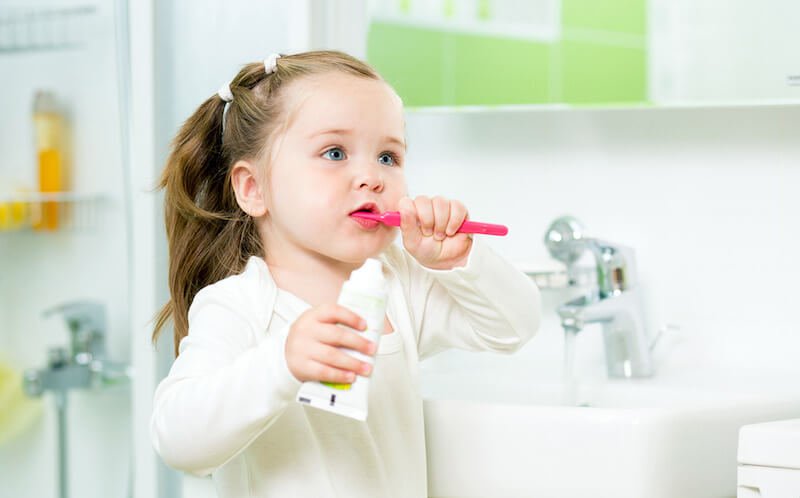 The US government has finally admitted they’ve overdosed Americans on fluoride, and, for the first time since 1962, is lowering their recommended level of fluoride in drinking water.

The U.S. Department of Health and Human Services (HHS) announced that the optimal fluoride level in drinking water to prevent tooth decay should be 0.7 milligrams of fluoride per litre of water (mg/L). This is a giant stretch from the previously accepted fluoride levels of 1.2 mg/L.

They stated that the newly recommended change is because “Americans now have access to more sources of fluoride, including toothpaste and mouth rinses, than they did when municipal officials first began adding the mineral to water supplies across the United States.”

According to the CDC, around 40% percent of Americans have dental fluorosis, a condition referring to changes in the appearance of tooth enamel – from chalky-looking lines and splotches to dark staining and pitting – caused by the long-term ingestion of fluoride during the time teeth are forming (1).

Federal health officials say that the new fluoride recommendations will maintain the protective benefits of water fluoridation and reduce the occurrence of dental fluorosis.

Why Is This Drug Being Added To Our Water?

You might not be aware, but controlling the dose of a drug that is added to the public water supply isn’t possible. This brings up the question, then, of why fluoride (a classified drug, according to the FDA) is added to our water supply. Should we be adding a drug of known toxicity to our water supply at all? Or should fluoride intake be perceived from the same stand point as any other drug?

“If a doctor somehow managed to force a patient to take a drug with known toxic effects and failed to inform them of the dosage and frequency, and never monitored their health outcome, they would be medically negligent and liable to legal and medical board action.” Said Dr. Mercola, who is just as outraged as the rest of us that this drug hasn’t been banned from water supplies.

The theory of adding fluoride to the public water supply is so that tooth decay can be prevented. However, fluoride has never been officially approved by the FDA for the prevention of cavities.

In fact, according to the World Health Organization (WHO), there is no real difference between the amount of tooth decay in countries who do and who do not add fluoride to their water. Tooth decay is dependent on how well you take care of your teeth (flossing and brushing regularly), and what foods you eat. It is not dependent on whether or not you’re drinking fluoride.

Even with the new lowered acceptable limit of fluoride, the total amount of fluoride being ingested by the public still can’t be properly controlled or monitored. Some people might be intaking more fluoride than others, since people drink different beverages, use different toothpastes and mouthwashes and eat different foods. Even water intake varies among the population.

Dental Fluorosis Not The Only Concern

According to Dr. Mercola, “dental fluorosis is the most visible form of fluorosis, but it’s far from being “just cosmetic” and of no further concern.” He said this in response to a dentist at the Centers for Disease Control and Prevention (CDC) who told NPR that “the only documented risk of water fluoridation is fluorosis, and it is primarily a cosmetic risk. Fluorosis in the milder form is not a health risk (2).”

If you have dental fluorosis, it can also be an indication that other bones in your body are also affected. Not only your bones, but your organs can also be affected, including your brain.

If fluoride is having visible negative effects on the surface of your teeth, you can be rest assured that the effects elsewhere in the body are just as negative. Take skeletal fluorosis for example. While it isn’t visible, it is very difficult to distinguish from arthritis.

The second clinical stage of skeletal fluorosis is characterized by:
– Stiff joints and/or constant pain in your bones; brittle bones; and osteosclerosis
– Anemia
– Calcification of tendons or ligaments of ribs and pelvis
– Osteoporosis in the long bones

Fluoride, once swallowed, doesn’t directly and solely collect in your teeth enamel. As with most drugs, it bioaccumulates throughout your body’s bones and tissues. It’s not as if fluoride picks and chooses where in the body it needs to go. It goes everywhere.

Even more severe than dental fluorosis, a report from the NRC in 2006 stated for the first time ever that fluoride is an “endocrine disruptor,” which means that it can wreak havoc on the entire biology of humans and animals as we know it.

How To Avoid Fluoride

If you live in a community where water fluoridation still occurs, consider purchasing a reverse osmosis filter, or fill up 18 litre gallon jugs with a reverse osmosis machine at a nearby grocery store. You can also opt for purchasing a Berkey water filtration system, which is designed to filter out fluoride from your drinking water (if you purchase the added fluoride filter). I own the Berkey, and I love it!

As for toothpaste, there are a lot of awesome companies out there like My Magic Mud who create safe toothpaste for children and adults alike. You can also make your own toothpaste by combining coconut oil and baking soda (1 cup coconut oil to 1/4 cup baking soda), and can even add a few drops of peppermint essential oil to spruce it up a bit!