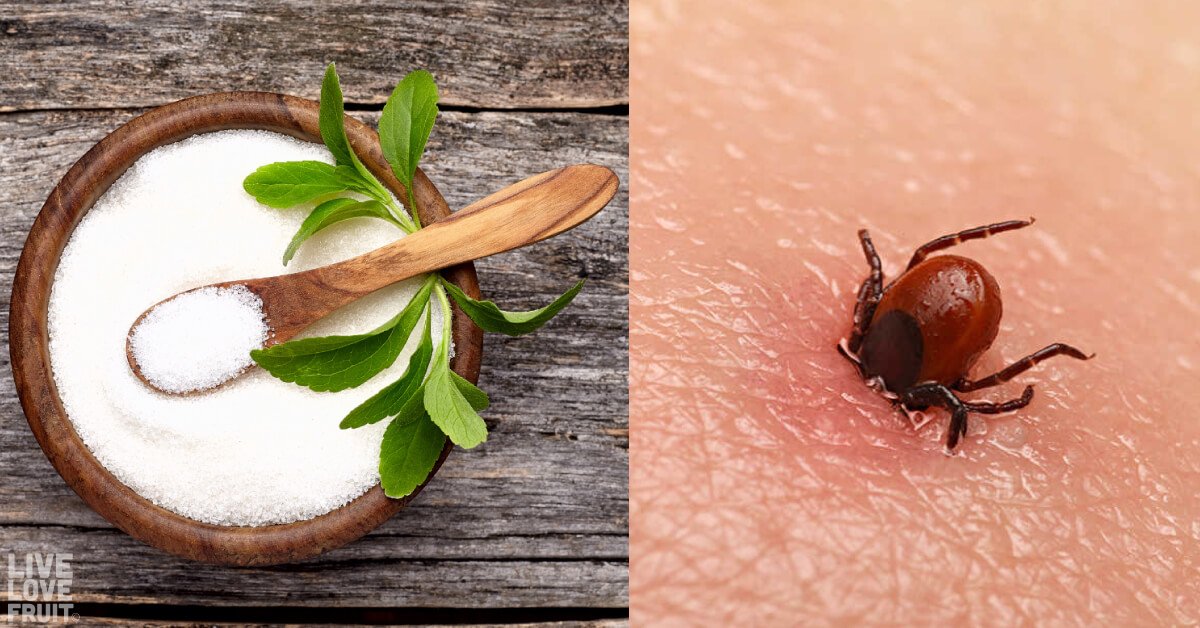 Lyme disease is a complicated condition caused by bacteria transmitted from a tick or insect bite. Its ability to rapidly shape-shift and hide within the nervous system of the body makes it difficult to destroy.

According to the Centers for Disease Control and Prevention (CDC), around 30,000 new cases of Lyme disease are reported to the CDC each year. However, this number doesn’t reflect every case of Lyme disease. In fact, recent estimates (utilizing different methods) suggest that over 300,000 people may get Lyme disease each year in the United States (1).

Lyme disease is rarely cured when prescribed conventional antibiotics – especially if the Lyme was diagnosed years after the bite occurred. But with growing evidence and anecdotal accounts of individuals overcoming Lyme through holistic methods of healing, there could be a much better way to overcome the disease more effectively and safely.

What is Lyme Disease?

According to the Canadian Lyme Disease Foundation, Lyme disease is an “inflammatory infection that spreads to humans through tick bites (2).” Lyme disease is also known as borreliosis, as it is caused by a bacteria named Borrelia.

There are many strains and genospecies of borrelia that cause Lyme disease (borreliosis) in humans, similar to the way the flu morphs into multiple strains as it is passed on to the next suspecting victim. The most common strain is Borrelia burgdorferi (Bb).

Then there are the co-infections that come with Lyme disease. Ticks don’t just carry the Lyme disease bacterium, but they also carry other viruses, fungi and protozoans (which have the potential to enter your blood stream if you’re bit).

The most common Lyme disease co-infections include (3):

Those with co-infections generally experience more severe illness, more symptoms, and a longer recovery. In fact, most holistic and naturopathic doctors start by fighting off the co-infections first (to get them out of the way) then attack the Lyme disease.

Lyme disease comes with a variety of symptoms, starting with flu-like symptoms, headaches, muscle and joint pain. If the initial bite isn’t detected by the bulls-eye rash (which doesn’t show in all people), Lyme can go undetected and manifest later in life as chronic inflammation that is similar to an autoimmune illness.

Symptoms and signs of Lyme disease include:

– A bullseye rash (called erythema migrans) that appears where the tick bite occurred. However, not all people will develop a bull’s eye rash, and it may appear somewhat different among individuals (such as being uniformly red instead of it having a ring with a dot in the center)
– Shortness of breath (“air hunger”)
– Cardiac issues like Postural orthostatic tachycardia syndrome (POTS)
– Achiness and joint pains (like arthritis)
– Digestive issues, nausea and loss of appetite
– Increased depression, anxiety and fatigue
– Longer-term cognitive changes like brain fog, forgetfulness, headaches, misplacing things and trouble concentrating
– Poor sleep and chronic fatigue (lethargy)
– Fever, sweats and chills
– Neck stiffness and creaking
– Ringing in ears
– Visual changes or blurry vision (such as “floaters” in vision and eye discomfort)
– Dizziness and instability
– Heightened sensitivity and agitation to noise and sound
– Chest pain
– Irregular heart beats

The Real Cause of Lyme Disease

While Lyme disease is triggered by an infection caused by a tick bite, there is more to it than just that. The probability that you’re affected by the bacteria and co-infections depends on so much more (like how well your immune system is functioning and whether you have under-lying viral infections like Epstein-Barr Virus).

If someone is dealing with chronic Lyme disease, they’re also probably dealing with one or more of the following:

Chronic Lyme disease could be the result of all 7 of these issues, or only one. Some people are able to recover at a faster rate than others, and patients who do not respond to conventional treatments often feel at a loss as to where to go next.

The most important thing with Lyme disease, however, is that you need to start treating your body like a temple. Start feeding your body the foods it needs, take herbs to help detox the viruses, bacteria and heavy metals out of your body, and start healing your gut to improve immunity and increase the chance that you’ll get to live a normal life again.

First, we need to start with the herbs that help kill off the co-infections of Lyme disease, as well as the Lyme disease itself (while also targeting other underlying viruses like Epstein-Barr).

A team of researchers at the University of New Haven found that exposing B. burgdorferi to stevia leaf extract killed Lyme disease in all its different forms (5). The forms included B. burgdorferi spirochetes, spheroplast (L-form), round bodies and biofilms.

The biofilm state of Lyme is said to be the most complex and hard-to-kill. However, the study found that stevia leaf extract actually killed all forms of Lyme, including its biofilm form.

It is important to note that the researchers tested four types of stevia: three in liquid form derived from standard alcohol extraction and one powdered. The powdered stevia diluted in liquid did little to kill off Lyme, but the alcohol extracted stevia samples did.

The stevia leaf extract also out-performed standard drugs often used to treat Lyme disease like doxycycline, cefoperazone, and daptomycin. A week after treatment in the antibiotic groups, B. burgdorferi started to surface again, while those in the stevia groups were completely killed off after just seven days. Biofilms also grew stronger and larger with antibiotic treatment, which isn’t good for anyone trying to cure themselves of Lyme disease.

I prefer glycerin-extracted herbs opposed to alcohol extracts. If you’re looking for a good glycerin-extracted stevia tincture, Nature’s Answer makes a great one. I use their supplements all the time, and the quality is outstanding.

Other Herbs that Kill Lyme Disease

Stevia isn’t the only natural supplement used to kill Lyme disease and its co-infections. The remedies mentioned below should also be considered (6).

Japanese knotweed is high in resveratrol, and acts as an all-natural antibiotic, anti-inflammatory and interrupts cytokine cascades that can make you feel lethargic and down-right unmotivated in life. This herb also enhances blood flow, especially to the eyes, heart, skin and joints. This makes it useful in treating Lyme and its co-infections, as it pushes blood into areas that are difficult to reach to kill the organisms (7).

Cat’s claw is not only great for Lyme disease and co-infections, but it helps battle viruses like Epstein-Barr Virus, which essentially everyone is infected with (and becomes active when triggered by a stressful life event or other environmental trigger). A six month pilot study was performed on 28 patients suffering from advanced chronic Lyme disease (all of them testing positive for Borreliosis). The group was split into two – a control group of 14 patients given conventional antibiotic treatment and the test group of 14 patients treated with TOA-free cat’s claw. At the end of the study, only 3 patients from the control group got better, and 3 of them got worse (the rest had no change in their clinical condition). The group treated with cat’s claw saw an 85% improvement rate, with 85% of the patients testing negative for Borreliosis.

Good for cytokine intervention and boosts immunity. All medicinal mushrooms should be emphasized when trying to kill Lyme disease and co-infections. Cordyceps, Lion’s Mane, Reishi, Chaga, and Shiitake are some of the main mushrooms you should be focusing on (the more wild, the better. Try to stay away from mushroom blends that are grown on oats and other mediums).

Andrographis is an antiviral, antibacterial and anti-parasitic herb. It is widely used in the treatment of Lyme disease and has been shown to reduce the length and severity of common viral illnesses (outside of Lyme disease).

Additional Steps You Can Take To Kill Lyme

Aside from utilizing the herbs mentioned above, Lyme disease requires a little work on your part in helping strengthen the immune system.

Take a look at your diet and start eliminating all inflammatory-causing foods like wheat, eggs, dairy, soy, refined sugar, deli meats and other processed junk foods. Replace these foods with real foods like fresh, whole fruit and vegetables (in their raw form is best). Start getting used to morning smoothies, afternoon juices and dinner-time vegetable salads and side dishes.

Focus on healing the gut and taking a high-quality probiotic. You can also feast on probiotic-rich foods like coconut yogurt, water kefir, kombucha and fermented vegetables (sauerkraut, kimchi and kvass). These probiotics will help heal the gut and will result in a huge positive impact for your overall immunity.

Learn how to naturally de-stress and also manage stress in a healthy way. Focus on getting plenty of rest and dedicate time in the day to focus on yourself. If you can

Other things you should consider are as follows: 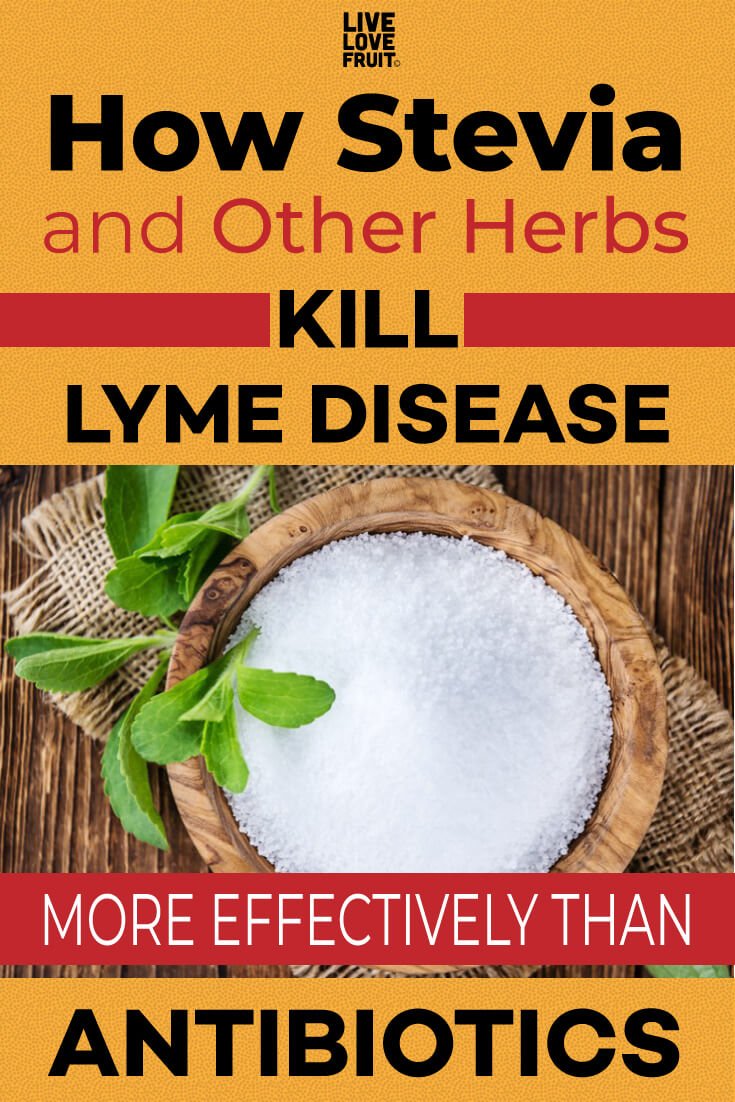 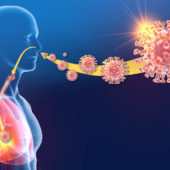