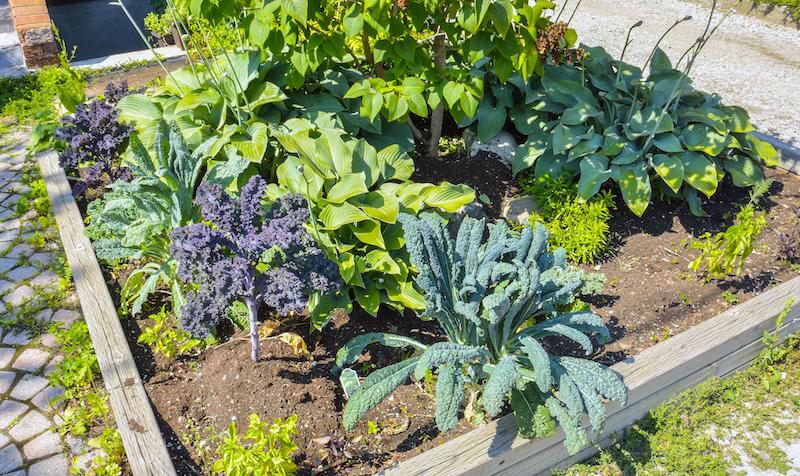 Last year, a Miami-Dade judge became the focus of much-deserved anger when she ruled on an ordinance banning front yard vegetable gardens. According to the ruling, the village of Miami Shores has every right to take legal action against residents who try to grow food in their own yards, because they are “ugly.”

Unfortunately, for residents like Hermine Ricketts and Tom Carrolls of Miami Shores, Florida, this meant their vegetable gardening of over 17 years would have to come to a halt.

“There certainly is not a fundamental right to grow vegetables in your front yard,” said Richard Sarafan, the attorney for Miami Shores (1). “Aesthetics and uniformity are legitimate government purposes.”

Shouldn’t it be a constitutional right to grow vegetables on your own property? According to some (aka. the government), your property isn’t really yours to decide what happens to it.

For 17 years, Hermine Ricketts and her husband, Tom Carrolls, grew organic vegetables in their front yard in Florida. They grew over 75 different varieties of vegetables and fruit in the process, and never received any complaints about the look or function of their vegetable patch (2).

Herman reported to the Miami Herald, “My garden not only provided us with food, but it was also beautiful and added character to the community.”

Once 2013 rolled around, the Miami Shores Village Council elected a board of five local politicians who claimed that Hermine and Tom’s garden was “inconsistent” with the city’s aesthetic character (3). According to the Council, front yards should be kept neat, with grass, fruits, trees, flowers and/or garden decorations, and vegetable gardening should be strictly limited to the back of the house, out of sight of anyone passing by.

Hermine and Tom were given the unsettling ultimatum: either get rid of the garden, or pay a fine of $50 every day.

Hermine and Tom had no other choice but to get rid of their garden. They sought legal help to regain their vegetable gardening rights, and in November 2013, the couple joined forces with the Institute for Justice (IJ), a libertarian non-profit law firm based in Arlington, Virginia. Their case was no sooner filed in court.

“If Hermine and Tom wanted to grow fruit or flowers or display pink flamingos, Miami Shores would have been completely fine with it,” said Ari Bargil, the couple’s lawyer at Institute for Justice (4). “They should be equally free to grow food for their own consumption, which they did for 17 years before the village forced them to uproot the very source of their sustenance.”

In 2016, the Eleventh Judicial Circuit of Florida ruled against Hermine and Tom, claiming that “no fundamental right or suspect class is affected by the Village of Miami Shores’ prohibition of vegetable gardens except in backyards (5).”

Despite the unnecessary troubles the court has given Hermine and Tom, they still aren’t giving up.

“I was disappointed by today’s ruling,” said Hermine. “…I look forward to continuing this fight and ultimately winning so I can once again use my property productively instead of being forced to have a useless lawn (6).”

As of December 2017, the case is still being processed by the District Court of Appeals of Florida.

How To Fight The Ban

Growing vegetable gardens in your front yard isn’t an issue restricted to Florida – it is happening everywhere. Many people depend on their front yards to provide them with food they couldn’t otherwise purchase, and so the bans are quite literally affecting people’s livelihoods.

In 2011, Julie Bass, a mother of 6 in Oak Park, Michigan, almost had to serve 93 days in jail for growing vegetables in her own front yard (7). As ridiculous as it might seem, this is how desperate the government has become to ensure that people remain dependent on the food they modify (aka. GMO’s) and manipulate.

The ridiculousness of banning front yard vegetable gardening has, without a doubt, caused an up-roar across the globe. Many at-home gardeners are fighting alongside the very individuals who have been affected, and who are dealing with court officials to this very day.

There are many ways you can help, too, to fight the ban on front yard vegetable gardens:

1. Put Pressure on Local Politicians. Does your city and/or state have a policy against front yard gardening? If so, raise your concerns and let your local policymakers know. Demand that lawmakers review and specify the terms for the ban. Could the ban make exceptions for people who have no backyards and/or face financial strain without a front yard vegetable garden?

2. Support Online Campaigns to oppose the ban on front yard vegetable gardening. Keep your eyes open for social media campaigns or petitions against this issue (like this one).

3. Raise Awareness for The Issue of Banning Front Yard Vegetable Gardening. Inform individuals around you about the difficulties we could all eventually face if this becomes a strict problem in every state and province of North America. Encourage others to take action.

4. Donate to Non-Profit Groups and Law Firms that take on cases for front-yard vegetable gardeners. You can donate to the Institute for Justice here, and the Freedom Centre of Missouri here.