Category: > Health > 6 Fruit Seeds You Can Eat To Improve Your Health and Prevent Cancer
5.5K shares 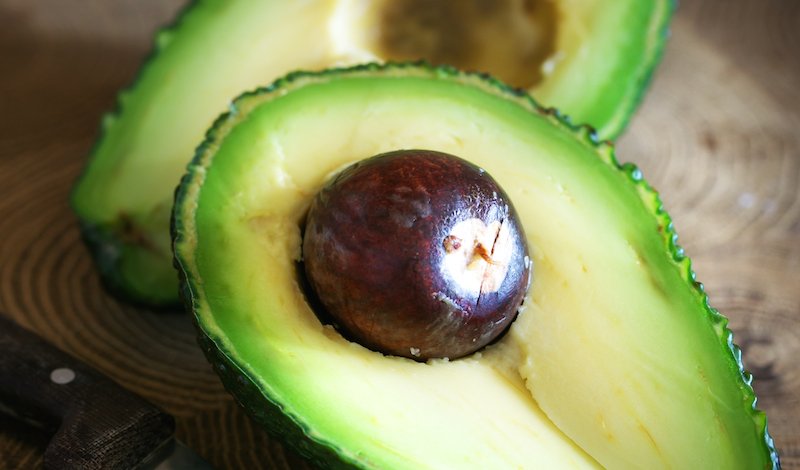 Fruit seeds you can eat? Nonsense!

This is the main reaction I get from people when I tell them I eat apple seeds (or more so, the core of apples) or watermelon seeds. Contrary to popular belief, these seeds will not poison you, and they won’t sprout a mini plant inside your stomach. In fact, a large majority of fruit seeds contain beneficial amino acids, vitamins and minerals that you normally wouldn’t get if you just threw them away.

Now I am not saying that you should go an eat all the seeds I mention below in exorbitant amounts (as with anything – moderation is key) – but I am simply trying to get rid of the myth that eating these seeds isn’t good for you. If you happen to consume those 5 apple or pear seeds from a fruit you ate as an afternoon snack, you aren’t going to convulse in some poison-induced seizure. In fact, you’ll be just fine. A couple times a month I may take a bit of inner portion of an avocado seed (whilst preparing a salad), and eat a bit of it. Again, everything in moderation.

Here are 6 fruit seeds you can eat to improve your health AND prevent cancer!

Who doesn’t love avocados? Not only is it one of the most nutrient dense fruits around, but you can eat their seeds too! In fact, the seed of the avocado (or the “pit”) is one of the best sources of soluble fibre on Earth, and is rich in antioxidants and potassium. The pit contains a small amount of tannins that are only toxic in extremely large quantities (like, who is going to eat 10 avocado seeds in a sitting? That would be silly!).

Avocado seeds contain over 70% of the antioxidants found in the whole avocado, and helps to lower cholesterol, prevent cardiovascular disease and prevent strokes. They also help to reduce inflammation in the GI tract and ease bowel issues. Antioxidant activities from the avocado seed have also been found to induce apoptosis (cell death) of cancer cells as well as inhibit cancer cell growth and induce cell cycle arrest.

Everyone is scared of apple seeds because they have heard of the cyanide content in the seeds. The truth is, you would have to eat so many apple seeds in order to get any toxicological effects from them. Don’t be afraid to juice the whole apple, or eat apple seeds from apples you eat. A tiny amount of cyanide is normal to normal cells, and in some scientific studies has even been found to kill cancer cells.

Vitamin B17, otherwise known as laetrile, is also found in high amounts in apple seeds, and has been found kill cancer cells in animal models. Although this vitamin has been controversial amongst the health and medical community, it is clear that it has beneficial effects.

I’ve been eating apple seeds since I was a child, and I have never been healthier! Don’t be afraid of those apple seeds – but also don’t go eating handfuls of them at a time.

Pear seeds are incredibly small and soft, and it is usually impossible to tell whether you have eaten them or not (especially if your fruit is organic). Similarly to apples, pear seeds contain a small amount of cyanide, which again, will definitely not kill you if you aren’t eating stupendous amounts at a time. Pear seeds contain more antioxidants and essential fatty acids than they do cyanide, and considering they are so small, you could probably eat 8 pear fruits, seeds and all, without any effects.

Papaya seeds are commonly consumed by those who live in tropical areas to help prevent parasite infestation in the body. They contain a proteolytic enzyme, papain, that literally rids your body of parasites by targeting parasite eggs and digesting their proteins. Papaya seeds also contain an anthelmintic alkaloid called carpaine, that also helps kill parasitic worms and amoebas.

Papaya seeds contain a beneficial glucosinolate (a sulphur-containing glucoside) called glucotropaeolin, which when metabolized by the body, creates one of the strongest anti-cancer compounds called isothiocyanate.

Papaya seeds have a very intense flavour, almost like black peppercorns (and can even be dehydrated and made into a natural “papaya pepper” instead of black peppercorn pepper), and can be eaten fresh, right out of the fruit!

All citrus fruit seeds are safe to consume, given you are juicing them or happen to bite into some while eating an orange or grapefruit. I regularly juice citrus with seeds inside, and haven’t discovered any adverse reactions to them.

Lemon seeds actually contain trace amounts of salicylic acid (the main ingredient in aspirin), so eating a few lemon seeds here and there won’t particularly harm you, they’ll just give you some ache and pain-relieving benefits!

One of my all-time favourite seeds – watermelon seeds! I remember spitting out the black seeds as a kid because I was concerned that a watermelon might grow in my stomach – but now I crave them as much as I do the watermelon flesh!

These seeds are incredibly high in zinc, which regulates over 100 different enzymes in the body and is crucial for proper immune function. Unfortunately, this mineral is not stored in your body for long periods of time, so ensuring that you get plenty of zinc in your diet every day is important.

Watermelon seeds are also high in the amino acid arginine, which helps regulate blood pressure and treats coronary heart disease. They are also rich in the B vitamin, niacin, as well as the mineral magnesium, which over 80% of the population is deficient. Another great way to make sure you’re getting enough Magnesium and other nutrients is with a multivitamin. Make sure you get one that has at least 200mg of magnesium per serving to ensure you’re getting enough!