Category: > Remedies > This Powerful Himalayan Superfood Will Rejuvenate And Detoxify Your Cells
192shares 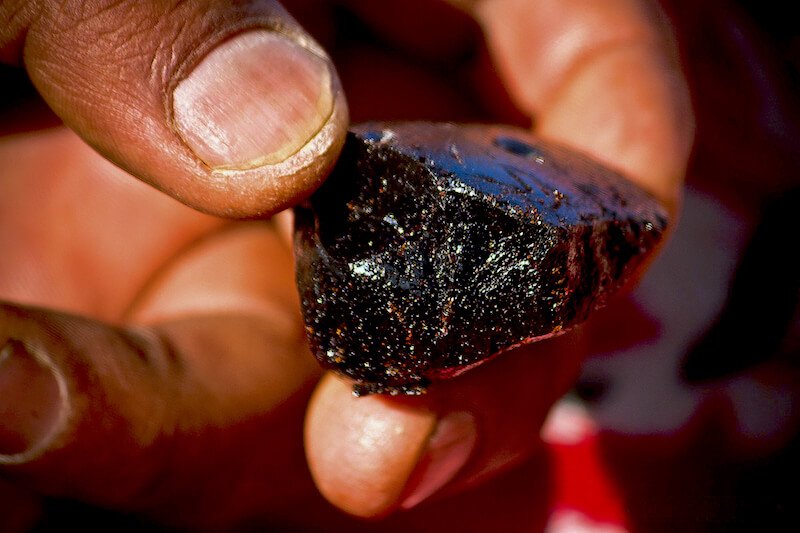 This powerful medicinal substance has been utilized by East Indian’s for thousands of years. It’s name in Sanskrit means “conqueror of mountains and destroyer of weakness.” It is found in the Himalayas and as far North as Russia.

This substance, called shilajit, is an “exudate” that oozes out of the cracks of Himalayan rocks and cliffs in the summer months. It is essentially hundred year-old organic plant material that has been compressed by rock.

Shilajit that is well-sourced can contain up to 85 complexed minerals and trace elements. It contains macromolecules called fulvic acids, which help support every stage of cellular metabolism.

Due to its high mineral and fulvic acid content, shilajit makes one of the most potent medicines on the planet. For this reason, it helps the body in a multitude of ways. Below I outline different aspects of our body that could be aided by shilajit.

Shilajit possesses powerful brain-protective benefits. One study found it to improve cognitive disorders like Alzheimers and that it helps stimulate neuronal activity in the brain. Fulvic acid helps protect axonal transport (axons are nerve fibres that conduct electrical impulses away from your neurons). When your axons stop working, your risk of neurological disorders increases.

Shilajit has also been found to possess strong anti-inflammatory effects on the body. In addition to antioxidants, the fulvic acid found in shilajit act as strong anti-inflammatory agents, and help rid the body of toxins (which normally promote inflammation to begin with). Shilajit helps cleanse the blood and detoxifies the body – two important processes that help fight inflammation at its source. This means shilajit can help with issues ranging from arthritis, other joint pain, and back pain.

IMPROVE POTENCY OF OTHER NUTRIENTS

Fulvic acid in shilajit helps the body absorb minerals and trace elements at a cellular level. It helps transport different mineral substances to their cellular targets. Just as plants require fulvic acid to efficiently absorb nutrients from food, so do humans. Without enough fulvic acid, a person’s body cannot perform at peak capacity. Taking shilajit every day will ensure that your cells are getting the nutrition they need.

Studies done on shilajit have found that it helps arrest aging and produces rejuvenation. Shilajit also helps facilitate waste removal from the blood and organs. The result of this can produce better skin complexion, reduction of body odour, and less DNA damage, which under normal conditions, naturally ages us. Shilajit also works as an adaptogen, and so it restores balance to various systems in the body.

Shilajit’s name, “conqueror of mountains and destroyer of weakness” is enough to know that this substance is a powerful immune system booster. With over 80+ minerals and fulvic acid, which assist with the removal of toxins, and restoring electricity to the blood, shilajit should be your first defence against bacteria and viruses.

Shilajit also has a very positive effect on our metabolism. Prized for its ability to carry energy and nutrition in the body, shilajit naturally helps boost metabolism. Shilajit has been found to improve body composition and increase metabolism. It contains a special compound called lekhaniya, which supports fat loss and enhances physical performance. It also helps promote lean muscle grown and lowers bad cholesterol.

Using shilajit daily has been shown to stabilize moods and correct hormonal imbalances. This is mainly due to the high concentration of minerals and amino acids present in the resin. Our endocrine system produces and regulates hormones. By consuming shilajit, you’re helping balance nutrition and nutrient absorption, which improves digestive health thereby positively improving the endocrine system. This will also lead to overall better moods, improved ability to deal with stress and less manic depressive cycles.

You don’t need much, either. Taking just 1/4 teaspoon of shilajit per day is more than enough. I normally just mix it with water, but you could make powerful tonics out of it as well.

Purchasing from a reputable source is important, too. My favourite company for shilajit is Omica Organics. They partner with villages in the high Himalayas who gather high quality shilajit that contains some of the highest natural fulvic content on the market. Their shilajit is sourced at 8,000-12,000 feet in the Himalayan mountains!

Note: I am not affiliated with Omica Organics, I just really enjoy their products.