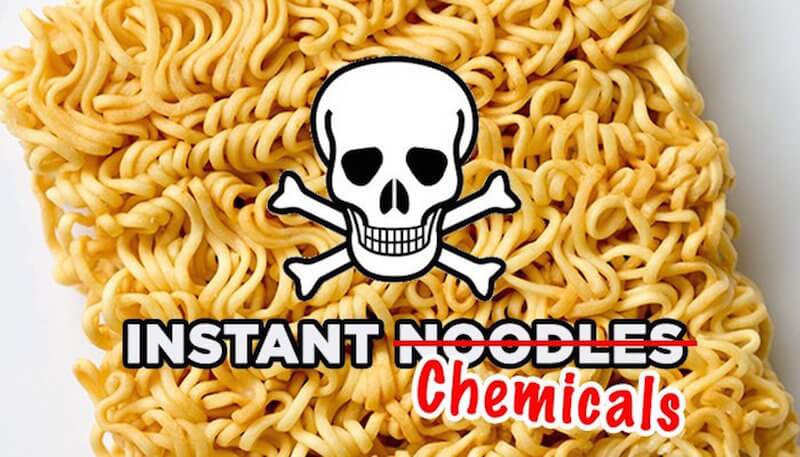 While processed foods may provide an easy convenience for those living in this fast-paced society, depending on it too much can lead to serious health issues.

Instant noodles (and other foods listed below) contain Tertiary-butyl hydroquinone (TBHQ), which is a by-product of the petroleum industry. It is also a food additive that is frequently used to preserve cheap, processed foods.

Unfortunately, our bodies cannot process TBHQ (no surprises here), and Dr. Braden Kuo of Massachusetts General Hospital set out to prove that.

Dr. Kuo, a gastrointestinal specialist, conducted an experiment with a time lapse video inside the stomach. He compared the difference in digestion of fresh ramen noodles versus preserved ramen noodles (aka. instant noodles). After just two hours of digestion, the results were staggering.

Thanks to the “smart pill,” a camera the size of a multi-vitamin, Dr. Kuo performed his experiment, and showed what happens in the gut of someone who ate a package of instant noodles versus someone who ate those fresh.

“What we’re seeing here is a stomach contracting back and forth as it’s trying to grind up the ramen noodles,” Dr. Kuo says at the beginning of the video.

To control for individuals who might just have a poor time digesting food, he also had those who ate instant noodles to eat fresh, homemade ramen noodles on a different day.

After watching the video above, you’ll notice a striking difference between the 20 minute mark and 2 hour mark.

“The most striking thing about our experiment when you looked at a time interval, say in one or two hours, we noticed that processed ramen noodles were less broken down than homemade ramen noodles,” noted Dr. Kuo.

With hard-to-digest food products floating around in our gastrointestinal tract, our bodies have a harder time absorbing nutrients, and could interfere with proper elimination of preservatives in the intestinal tract (by having them remain longer in the stomach cavity).

This synthetic preservative is a form of butane, and has been linked to a variety of health issues. In processed foods, it is sprayed on the food, or on its packaging to prevent discolouration and changes to flavour and odour. Other products like perfumes, varnishes, lacquers and cosmetics contain TBHQ to maintain stability.

TBHQ essentially extends the storage life of foods (that shouldn’t normally last past a certain date). While small amounts of this chemical may not kill you, or even make you feel immediately sick, it can have a long term effect on your health. Eating foods with TBHQ in them every day can lead to things like weakening of the organs and contributing to the onset of cancers and tumours.

According to the FDA (1), TBHQ must not exceed 0.02 percent of its oil and fat content. Eating up to a gram of TBHQ may cause a toxic reaction like nausea, vomiting and suffocation. Eating more than 5 grams could cause death.

A number of studies have shown that prolonged exposure to TBHQ may be carcinogenic, especially when it comes to tumours of the stomach (2, 3).

People have reported body rashes, swollen lymph nodes, anxiety, night terrors, and asthma after consuming TBHQ. Ingestion of a single gram (one thirtieth of an ounce) has caused nausea, vomiting, anaphylactic shock, diarrhea, tinnitus (ringing in the ears), delirium, a sense of suffocation and collapse.

Even though TBHQ is technically an “antioxidant,” (which makes it sound healthy) – it is still synthetically created in the lab, and is a chemical our bodies cannot recognize.

Other Products That Contain TBHQ

There are many other products that contain TBHQ – not just instant noodles.

Check out the list below for foods to steer clear of – and always read the ingredient list of whatever you’re buying. If you see TBHQ listed, I highly suggest you don’t purchase it. 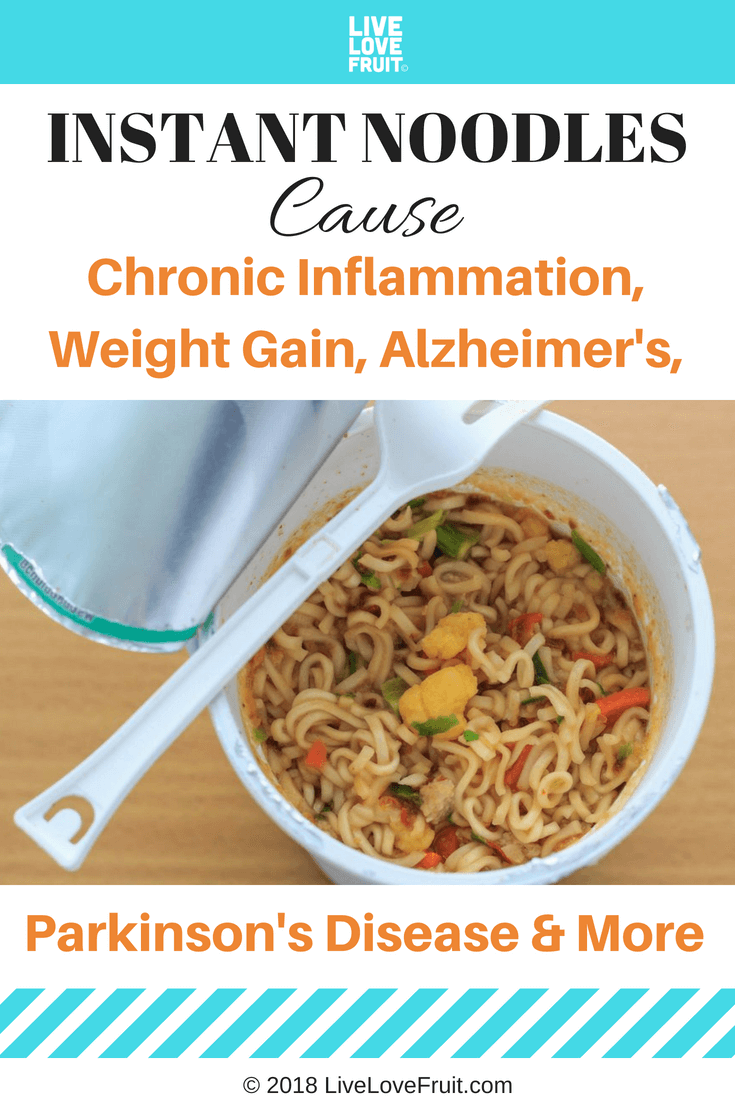