Category: > Health > 10 Plant Based Foods That Boost Your Metabolism!
63 shares 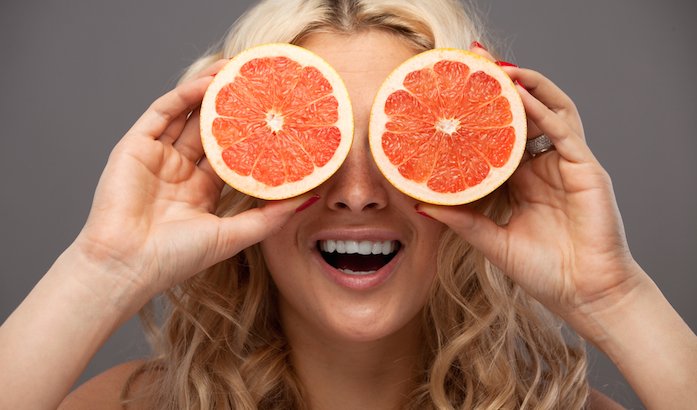 Want to burn fat and lose weight? These 10 plant-based foods that boost your metabolism will affect your body similarly to as if you just endured an intense cardio session!

We often try to eat less in order to lose weight. This mentality is not the best, mainly because it can lead to a metabolism that shuts down and makes us end up gaining weight instead of losing weight. When we don’t eat enough calories, our body goes into starvation mode and begins to store fat.

This doesn’t mean, however, that you can eat all the junk food you please and expect to lose weight. In fact, there are many plant-based foods out there can can help boost your metabolism while you still consume the recommended amount of calories your body is meant to have. You may even be able to eat much more than you do now and still lose weight. Choosing nutrient rich foods that boost your metabolism will allow your body to efficiently turn food into energy which will allow you to reach your desired weight without feeling hungry all the time.

10 Plant-Based Foods That Boost Your Metabolism

I am sure most of you are already aware that grapefruit helps rev our metabolism. Many studies have investigated grapefruit’s effects on weight and insulin resistance, such as one study by Fujioka and colleagues (1), which showed that insulin resistance was improved with fresh grapefruit, and half of a fresh grapefruit that was eaten before meals was associated with significant weight loss. There was also a significant reduction in post-glucose insulin levels 2 hours later in individuals who ate grapefruit compared to a placebo group that had not consumed grapefruit. Grapefruit may contain unique chemical properties that reduce insulin levels, and thus promotes weight loss!

Cinnamon contains both chromium and polyphenols which have been shown to improve insulin sensitivity. In fact, cinnamon polyphenols improve insulin sensitivity in in vitro animal and human studies (2). After consuming 1-6g of cinnamon for 40 days, participants with type 2 diabetes had reduced fasting serum glucose (18-29%), total cholesterol (12-26%) and LDL-cholesterol (7-27%) (2). Some studies have not reproduced similar results, mainly because the studies were only conducted for a few days. In order for cinnamon to show it’s full effects, it must be consumed, consistently, for a matter of months.

It is usually assumed that the caffeine content in green tea is what boosts our metabolism. Instead, it is a group of antioxidants in the tea called catechins that offer numerous health benefits, one of those being increased metabolism. One study found that regardless of its caffeine content, green tea has thermogenic properties and promotes fat oxidation. Green tea extract may control and reduce weight via activation of thermogenesis, fat oxidation, or both (3).

In another study, the effect of green tea catechin beverage on body composition and fat distribution was evaluated in overweight and obese adults during exercise-induced weight loss. Most participants lost weight when they were in the catechin group compared with the control group (those who were not given a green tea beverage). Percentage changes in total abdominal fat area, subcutaneous abdominal fat area, and fasting serum triglycerides were also higher in the catechin group (4). Thus, green tea catechin consumption may enhance exercise-induced changes in abdominal fat and serum triglycerides.

Celery is considered a negative calorie food; it takes more energy to eat and digest celery than what you get from the food itself. It is also incredibly high in fibre, which keeps you fuller longer, and prevents over-eating.

Ginger is regarded as a stimulant, similar to the effects you get when you consume caffeine. Consuming up to 2 teaspoons of ginger per day can help increase metabolism and will allow for increased energy during exercise. It has also been shown that ginger helps to suppress cortisol production (5). Cortisol is a steroid hormone that is required to regulate energy and mobilization. When individuals have chronic stress levels, cortisol production is consistently elevated, leading to storage of visceral abdominal body fat. Ginger helps to relieve stress, and thus keeps cortisol levels lower, helping to prevent gains in body fat.

Broccoli is high in vitamin C. Vitamin C is required in our diets to effectively absorb calcium from the foods we eat. Many studies have shown that calcium is an essential mineral that aids in weight loss (6). When we consume low levels of vitamin C (not eating enough fruits and vegetables), we are not getting enough vitamin C in our diets to efficiently absorb calcium. Eating foods high in vitamin C will ensure we absorb sufficient calcium levels.

The active ingredient in garlic, called Allicin, has been found to lower blood pressure, insulin, and triglyceride levels in fructose-fed rats (7). This study found that when rats were fed diets enriched by fructose alone (control group), the rats continued to gain weight. The study group that was fed both fructose and allicin did not gain weight.

Eating garlic also raises your core body temperature, helping to stimulate your metabolism and to burn fat more efficiently. It is also a diuretic, which allows elimination of excess fluids from the body.

The first thing you must be thinking is that since avocado is a fat, it must make you fat! It is crucial to note here that fats in avocado are good fats such as essential polyunsaturated and monounsaturated fats. The monounsaturated fat found in avocado helps to speed up your basal metabolic rate (BMR), which means that it helps to speed metabolism even when you are sitting down. The fat in avocado is also very satiating, meaning that we become more satisfied and our cravings for junk foods, and/or over eating is reduced.

Hot peppers are known for their metabolism boosting properties. Many hot peppers contain the chemical called capsaicin, the main substance that is responsible for revving your metabolism. Peppers with high capsaicin content have been reported to increase metabolic rate by up to 20% (8)! How does capsaicin boost metabolism? The main process is through a rise in body temperature. This, in turn, enhances thermogenesis, a process where your body’s cells convert the energy from the foods you eat into heat. Thus, when you eat spicy foods, your metabolism increases. In addition, it was found that administering capsiate (a non-pungent capsaicin analog) promotes energy metabolism and suppresses body fat accumulation in mice (9).

The Journal of Agriculture and Food Chemistry showed that anthocyanins in berries can turn on an enzyme called AMP kinase. This enzyme essentially tells muscle and fat cells to increase their use of fat for energy. In addition, the expression of adiponectin and IL-6, hormonal compounds that are released from fat, are modulated by anthocyanins, and likewise increases our metabolism. Eating 1-3 cups of berries a day will help increase the amount of anthocyanins in your diet.