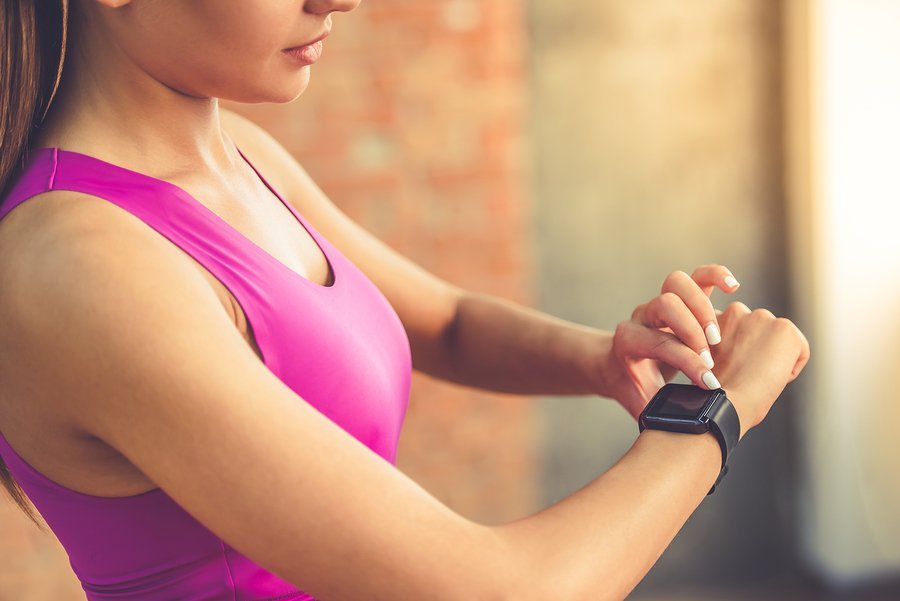 The latest Fitbit recall and other activity tracker recalls help remind us of why we should reduce our exposure to electromagnetic frequencies (EMFs) as much as possible. And I’m not just talking about the Fitbit – I’m talking about all smartwatches including those created by Apple and companies like Provata Health.

People are eager to know how many steps they’ve taken, how well they’ve slept, how many calories were burned, and who that latest text was from. The results can easily be shared with friends or family, and new fitness goals can be set. It’s basically a fitness version of social media, which, as you can imagine, has grown major popularity over the years.

But with recalls, and research pointing to the downsides of EMF exposure, Fitbits and smartwatches should be the last thing we rely on for fitness and social media fixes.

What is Electromagnetic Radiation?

According to the University of Oregon, electromagnetic radiation is energy that is “propagated through free space or through a material medium in the form of electromagnetic waves, such as radio waves, visible light, and gamma rays. The term also refers to the emission and transmission of such radiant energy (1).”

Ionizing radiation is more on the higher spectrum, including mid- to high-frequency radiation. With prolonged exposure, this type of radiation can lead to cellular or DNA damage. It includes radiation in the forms of Ultraviolet (UV) radiation; X-Rays; and Gamma Rays. Sources of ionizing radiation come from things like X-Rays and ultraviolet light from the sun, arc welding and UV lamps.

Fitbit replied to an email from Huffington Post stating that the skin irritation was probably the result of an allergic reaction to “materials” in the device (like nickel or stainless steel).

Despite this recall, Fitbit returned to the shelves. That is, until another indecent happened in 2017. According to claims filed by a Wisconsin resident, a Fitbit Flex 2 tracker exploded on her arm (3). Although the woman suffered severe second-degree burns, Fitbit failed to recall the Fitbit Flex 2 bracelets right away.

Similar accounts of burn marks from Fitbit devices are evident on the Fitbit community forums. User DrSane stated that he got burn marks from the sensors of the Fitbit Charge 2, and that it happened regardless of whether he wore it on the left or right arm. The markings didn’t appear to be from nickel, as they were two distinct spots where the sensors were located.

The burn mark comment was followed by numerous other statements from individuals who also experienced burn marks from their Fitbits.

In 2018, Private Health voluntarily recalled over 30,000 fitness trackers following 13 reports that the device was overheating while charing or being used (4).

Bluetooth radiation from devices like the Fitbit and Provata Health Activity Tracker happens in pulses. The radiation from these pulses is from an extremely short wavelength that travels at high speeds capable of penetrating human tissue (thus causing biological damage and low-grade burns and rashes).

Fitbits and other smart watches like Provata Health rely heavily on wi-fi to track the wearer’s steps, movement, heartbeat, caloric burn, incoming communications and time. Most people don’t acknowledge the fact that exposing yourself to 24/7 wifi is a form of consistent low-grade radiation exposure our bodies are definitely not accustomed to.

Fitbits and similar devices give off more radiation the more they are used – similar to when you use your smartphone for navigation. It will be creating a higher electric and magnetic field, because it is working harder to maintain a strong connection during your travels. This is also why your battery on your phone might get used up faster when you’re using navigational apps. More energy is produced to find and maintain a signal during the time you’re using the phone or smart watch.

Unfortunately, when this type of energy is high and directly next to your body, it can cause damaging microwaves and free radicals within the body. Not so surprisingly, Fitbits have been anecdotally linked to mysterious EMF-related symptoms like body pain, headaches, dizziness, nausea, erratic pulsing, rashes, and more (5).

Some personal accounts of wearers who reported adverse reactions shared the following statements:

Dr. Leif Salford, Neurosurgeon at Lund University Hospital and Chairman of the Department of Neurosurgery, stated that even the weakest exposure levels to wireless radiation are harmful. In the article, “Neurosurgeon Shows How Low Levels of Radiation Such As Wi-Fi, Smart Meters and Cell Phones Cause The Blood Brain Barrier To Leak,” Dr. Salford notes that even low-grade exposure to wireless radiation (aka. wi-fi) causes the blood brain barrier to leak (hence the dizziness, nausea and headaches that Fitbit wearers and other EMF-sensitive individuals experience).

The article goes on to state how researchers in 13 other laboratories in 6 different countries had reported the same effect, but that no one had proven whether this would lead to any long-term damage.

EMF damage has been shown to be cumulative. So while some individuals may not be affected by one device (like a smart watch), it could just be a matter of time until they start experiencing mysterious health symptoms. It’s the cumulative effects of radiation in our life (like in-home wi-fi, smart phones, computers, TV, Fitbits, and smart meters) that could potentially be quite damaging.

How to Reduce EMF Exposure

One of the best ways to reduce your exposure to EMFs is by keeping the products that emit them away from your body. Keeping your cell phone and computer at a distance, or getting rid of smart watches and swapping them out for a regular watch is a good place to start. In fact, radiation is greatly reduced for every inch it’s away from your body (6).

Another way to keep radiation at bay is by investing in anti-radiation shield and blocking cases like those from Defender Shield. They sell iPhone shields, tablet shields, laptop shields and more. The best thing about these cases is that while they block 100% of all EMF radiation, they do not affect signal quality.

You can also place shungite in and around your house to block EMFs. Shungite is a rock that is surprisingly effective against the damaging effects of electromagnetic radiation. Shungite contains structures called fullerenes, which are carbon atoms arranged as connected pentagons and hexagons that form a sphere. It’s the structure of shungite that helps it absorb and mitigate the effects of harmful electromagnetic radiation.

In addition to the above, you can also disconnect your wi-fi at night, and put your phone on airplane mode so that you can sleep in peace (without the wi-fi disrupting melatonin production). Also, keep your wi-fi router in an area where you don’t spend a lot of time – like in the basement.