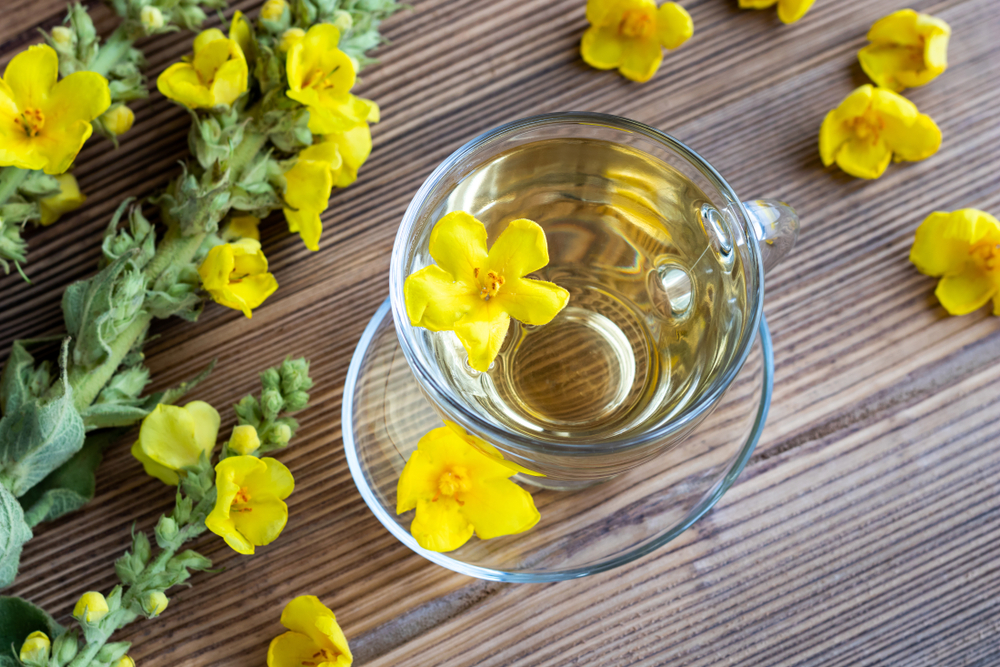 As part of a continuing effort to make individuals aware of the medicinal power of what we refer to as “weeds” (like dandelion for instance), I would like to introduce to you, mullein!

Mullein is commonly found along stretches of the highway. Their flower stalks can extend up to 2 metres tall, so they aren’t that hard to miss. Indigenous people of North America have used the fuzzy leaves and yellow rosettes for centuries – it can help cure common ailments such as coughing, lung weakness, respiratory constriction and chest colds. It is quite literally one of the best lung healing herbs out there (and kind of a disgrace to simply regard it as a “weed”).

Mullein helps the lungs because it acts as an expectorant. This means that the herb helps the body remove excess mucus from the lungs and soothes the mucus membranes with its emollient properties. It can help with issues ranging from bronchitis, heavy coughing, chest colds and even asthma.

The flowers and leaves of the mullein plant contain natural saponins, which make a cough more productive in releasing and expelling phlegm from the walls of the lungs. It also releases mucilage, a gelatinous substance that soothes irritated membranes in the body (1).

The reason you should be utilizing natural remedies to get rid of your sinus and lung-related issues is because cough medicine simply doesn’t work. They may temporarily relieve symptoms, but they never actually cure the underlying cause. Cough medicine can also come with adverse side effects like allergic reaction, dizziness, drowsiness, itching, nausea, rash, swelling, shortness of breath and vomiting.

With mullein, it actually gets to the root of the problem, helping to fight asthma and keeping away colds because it actually prevents infections from settling into the lungs by alleviating dryness and constriction.

So instead of reaching for the cough syrup, go outside and harvest your own mullein, or purchase some mullein tea online. Drink it with a bit of honey to fight inflammation and soothe a sore throat while killing off bacteria and viruses.

1. Steep the mullein leaves in hot water inside a tea ball or strainer for 15 minutes.
2. If you’re using spearmint, steep the leaves separately from the mullein and combine the two teas just before drinking.
3. Add honey to taste and drink while hot.