Category: > Remedies > Healing Thieves Oil Recipe: How To Make It, and Why You Should Be Using It Daily
10.5K shares 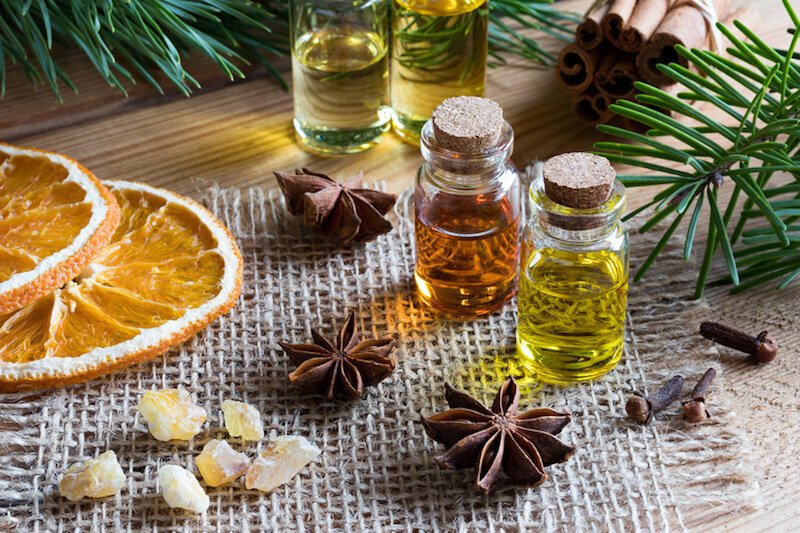 While many people are aware of Thieves oil and the companies that supply it, not many know that it originated in the 15th century. The original Thieves oil recipe was actually created by French “thieves” during the Black Plague. The herbal blend they created was antiseptic, antibacterial and antimicrobial and was said to protect the “thieves” from getting sick as they robbed plague victims.

According to Gary Young, who studied essential oils since the early 1990’s, there are 17 different versions of the “Story of Thieves,” each containing different amounts of different oils (1). This inspired Gary to research and create the perfect Thieves Oil blend, which many people are aware of today: the Young Living Thieves Essential Oil.

Gary’s research led him to the historical story of the “Thieves” the blend is named after. The “Thieves” were actually spice traders and merchants who traded cinnamon and clove buds all the way from India to Europe. When the Black Plague struck, international shipping and trade stopped, and the spice traders needed a way to support themselves.

In desperate need, the Thieves decided to loot the dead, plague-ridden bodies, and sold whatever they could find – jewelry, clothes, boots, pots and pans. Anything they could get their hands on to trade for food and money. The dead bodies did pose a threat to the Thieves, however, as the bodies were still contagious. Thanks to their knowledge about the medicinal properties of the spices they traded, the Thieves knew they wouldn’t get sick if they applied their knowledge of spices, vinegars and oils (2).

The King eventually found out about the Thieves, and wanted to know why they weren’t getting sick. Four of the Thieves were caught and brought before the King. He gave them a choice: Share the secret or be burned at the stake.

As a result, the Thieves shared their oil blend secrets to spare their lives. Word quickly spread around town and the Thieves oil recipe became a popular blend in most households. A few recipes stuck around, so you can make your own Thieves oil blend right at home!

Before getting into the Thieves oil recipe, I want to go over each of its components so you can appreciate the oil for what its worth!

Clove: clove buds originate from the evergreen tree Syzygium aromaticum or Eugenia caryophyllata. These flower buds contain up to 20 percent essential oil, and are incredibly pungent, thanks to the major active chemical component called eugenol (3).

Rosemary: rosemary is a popular herb that comes from a small evergreen plant that belong to the mint family. It is native t the Mediterranean region, and possesses strong anti-inflammatory properties (4).

Eucalyptus: eucalyptus trees are native to Australia, Tasmania, and nearby islands. They’re the popular plant exclusively enjoyed by koala bears, and come in many different species. The oil is derived from the leaf of the eucalyptus tree, and is commonly used in cold remedies (5).

Lemon: lemons come from a small tree in the Rutacea family. Lemon essential oil is derived by cold-pressing the peel of the lemon fruit, which is rich in different phytonutrients and beneficial compounds (7).

As long as you have all of the necessary essential oils on hand, you can easily make your own version of Thieves oil at home.

Combine all of the above essential oils in a darkly coloured 15 milliliter (0.5 fluid ounce) glass bottle. Make sure you store it a cool, dry place, away from heat and light.

Benefits and Uses of Thieves Oil

This thieves oil recipe can be used to address certain health ailments, but it can also be used around the home as a non-toxic cleaner. Check out the benefits and uses below!

1. Relief from Aches and Pains

You can dilute Thieves oil in a carrier oil (like jojoba oil, almond oil or grapeseed oil) to be used topically on the ache or pain. Typically the ratio is 1 drop essential oil to 4 drops carrier oil.

Thieves oil was used to protect the “thieves” from the Black Plague, so you can be rest-assured that this oil provides some hefty immune support. Clove and rosemary essential oils are powerful antibacterials and anti-fungals. They’ve both been shown to have significant anti-microbial effects against dangerous bacteria like Staphylococcus epidermidis, Escherichia coli, and Candida albicans (10).

Cinnamon essential oil is also an effective antibacterial that can lower oxidative stress and free radical formation in the body (11) – it’s no wonder the Thieves utilized these herbs to prevent the Black Plague!

You can dilute Thieves oil in a carrier oil (like jojoba oil, almond oil or grapeseed oil) to be used topically. Massage the blend on your feet, lower back, neck and behind your ears for daily immune support. You can also diffuse Thieves oil to allow the essential oil molecules to enter your blood stream after they’ve entered your lungs!

Because of its antibacterial properties, Thieves oil is a great all-around cleaner for the home! The antibacterial capacity of this oil blend make it great for disinfecting your home without using toxic conventional cleaners. Not only will it disinfect, but it will leave your home smelling absolutely amazing!

Combine Thieves oil with natural cleaning products like white vinegar or hydrogen peroxide, and that’s all you’ll need to ensure your home stays bacteria-free (that is, the bad bacteria, not the good ones!). The lemon oil in the Thieves blend is especially great at leaving surfaces bright and shiny!.

You can even add Thieves oil to laundry loads, dishwasher loads, or even to clean your cell phone and other devices. You can add a little bit of Thieves oil to a cotton ball placed in the home, car, or office air vents to help eliminate nasty odours!

If you’re not already away of the health benefits of eucalyptus, you’ll be pleased to know that this plant is great for boosting respiratory health. Eucalyptus is well-known for its use in healing respiratory tract disorders like sinusitis, pharyngitis, and bronchitis (12).

Eucalyptus acts as a natural expectorant, meaning it helps loosen phlegm and mucus from the lungs. In fact, eucalyptus is commonly used in over-the-counter cough and cold medications.

Another healer of the respiratory tract, lemon oil, helps stimulate drainage of the lymphatic system, which can alleviate respiratory and mucus congestion.

One of the best ways to get Thieves oil into your lungs is to diffuse the oil in a diffuser. Diffuse 15-20 drops of Thieves oil for 15 minutes, 3-4 times a day. As you breathe in the oil, you will strengthen your lungs and sinuses and rid them of any lingering bacteria.

Thieves oil can also be used to improve oral health. Swishing your mouth with coconut oil and a few drops of Thieves oil is a quick and effective mouthwash.

Clove buds are known to help ward off the bacteria that cause gingivitis. It can also effectively kill off the microorganisms that lead to cavities (13).

Not only does clove essential oil help keep our mouth healthy. In fact, a recent review published in the Journal of International Society of Preventive and Community Dentistry found that lemon, eucalyptus, and cinnamon oils all have positive effects on oral health. Lemon oil is effective against candidiasis, eucalyptus oil has antimicrobial and anti-inflammatory effects, and cinnamon provides anti-parasitic, antioxidant and free radical scavenging properties (14).

If you’re wanting to use Thieves oil internally, make sure the oils used are 100 percent pure, therapeutic grade and organic. You can add one drop to a capsule or mix one drop into a smoothie or juice. If you’re pregnant, nursing, or have any on-going health concerns or are taking medication, always check with your doctor first. Never put Thieves oil directly into your mouth undiluted.