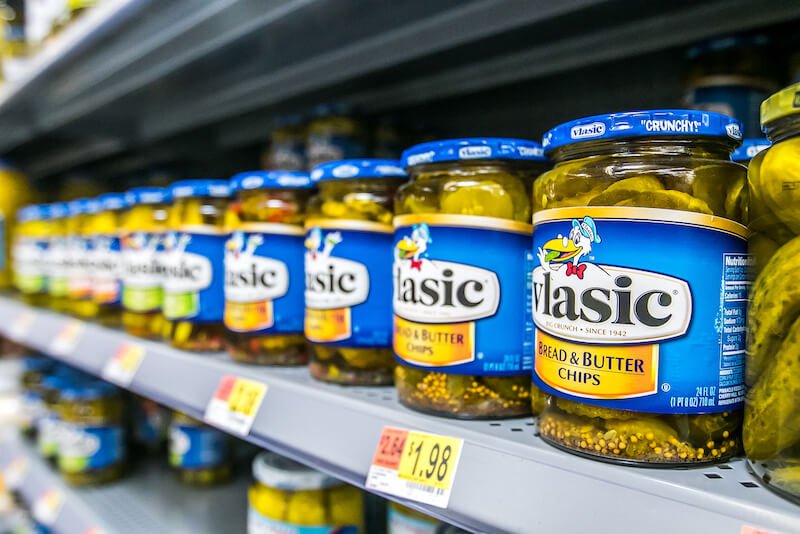 A lot has been questioned about sodium benzoate safety recently in health circles. There’s evidence that exposure to the substance leads to diseases like cancer, Alzheimer’s and ADHD in children (1). Though these connections have not been totally proven, many well-meaning people are rightfully concerned about the effects sodium benzoate may have on their health and safety.

What Is Sodium Benzoate and Is It Safe?

The topic of sodium benzoate safety is complicated and relies on an understanding of the molecular compound and its properties. So, what is sodium benzoate?

Sodium benzoate is a preservative used in a wide variety of processed foods. A similar form of the chemical — benzoic acid — is found naturally in berries and spices including cinnamon and allspice. In its acid form, it is a powerful preservative because it helps to prevent bacteria and fungi from growing in food (2).

Sodium benzoate is used as a preservative more often than benzoic acid because of its solubility in water. This means that it can be used to increase the shelf life of sodas and juices, while benzoic acid cannot because it struggles to dissolve in liquid. Even so, the two chemicals are structurally and functionally similar (3).

Today, scientists typically make the more soluble sodium benzoate by reacting benzoic acid with sodium hydroxide. The way sodium benzoate is used as a preservative in many of our foods is unnatural, and is only really being used that way to cut costs for producers who want their products to have longer shelf lives. This has recently become a reason to pull the products from natural food stores (4).

When Is Sodium Benzoate Most Dangerous?

Though ingestion of sodium benzoate can be relatively safe in small amounts, becomes a serious problem for people with hypersensitivity or when it reacts with other substances in the body.

For people without hypersensitivity, sodium benzoate safety should still be a concern, especially under certain conditions. Because of their similar chemical structures, sodium benzoate and benzoic acid can easily transform into benzene. This transformation occurs when sodium benzoate reacts with ascorbic acid, which is more commonly known as Vitamin C. Benzene is produced when these two chemicals are present and exposed to heat and light (6).

Benzene is a carcinogen and has been linked to many negative health outcomes. The FDA notes that high exposure to benzene can cause cancer like leukemia in humans (7). If you live in an urban area, it’s likely that you’re already exposed to benzene daily — car emissions and emissions from coal and oil burning both release benzene into the air. However, consuming food products containing the ingredients for benzene poses even more of a risk to your health.

How to Practice Sodium Benzoate Safety

Though sodium benzoate by itself in small amounts may not cause a reaction in some people, its tendency to produce benzene when combined with vitamin C makes it a dangerous additive in a lot of soft drinks, especially fruit juices and supposedly “healthy” drinks boasting high vitamin C content.

The FDA has worked to decrease the presence of benzene in soft drinks since the problem was discovered in the 1990s, but even so, you may still want to decrease your chance of exposure. If you can’t keep benzene out of your environment, you can at least keep it out of your diet by checking juice labels and avoiding products like soda that can contain both vitamin C and sodium benzoate.

Skipping out on soda and sugary juices is a good idea for your health in general, since we know by now that the excessive sugar in regular soft drinks and the acid in diet sodas can lead to various other health concerns, such as obesity and diabetes (8). Too much sugar also puts your oral health at risk through an increased likelihood of developing gum disease (9). So there are plenty of reasons to cut back on your refined sugar intake, and you can start by removing soft drinks and sugary juices from your diet entirely.

Instead, you can substitute sodas and store-bought juices for your own homemade drinks. You can also try adding healthier drinks like iced tea (not the sugary ones from the store — brew your own!) into your diet. You’ll likely find the health benefits and overall feeling of wellness that these drinks can bring outweigh the desire for a sugary juice or soft drink.

Soft drinks aren’t the only place this preservative shows its ugly face. It is also found in products like pickles, salad dressings, jams and other condiments. Always check the ingredient listing for sodium benzoate.

Eliminating preservatives like sodium benzoate and benzoic acid from your diet as much as possible can give you peace of mind and lower your risk of exposure to certain dangerous chemicals. Though more research is needed to fully understand the influence of sodium benzoate on human health outcomes, it’s always a good idea to be informed and conscientious about what substances you’re putting into your body.