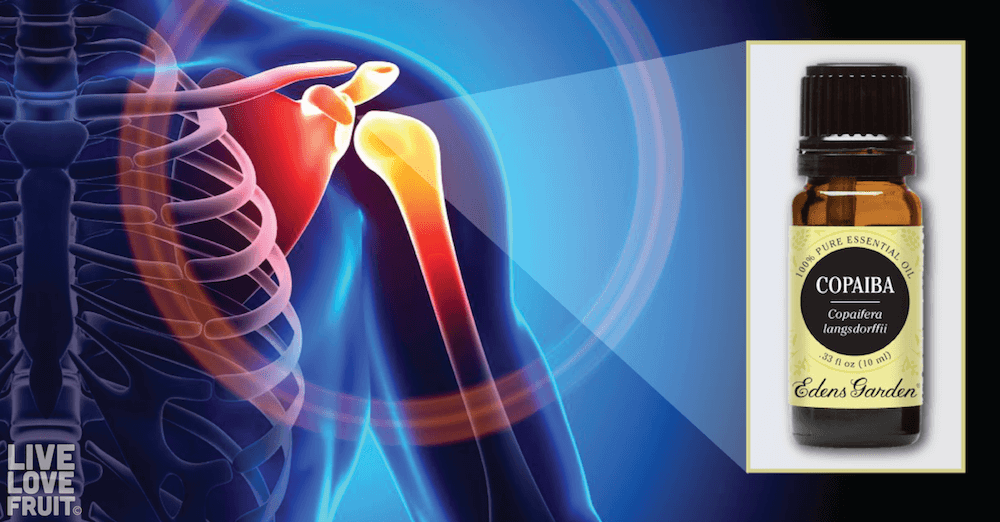 Copaiba essential oil is not particularly well known in North America, so if you haven’t heard of it, it’s not too surprising.

Copaiba oil-resin has been used as a native folk remedy dating back to the 16th century by the tribes of northeastern Brazil. Native to Brazil, the copaiba evergreen tree grows up to 100 feet in height and sprouts yellow flowers that are followed by a reddish fruit.

The keys to these receptor “locks” are cannabinoids like THC, and the endocannabinoids called anandamide and 2-AG.

Then there are enzymes called FAAH, which breads down anandamide, and MAGL, which breaks down 2-AG. These enzymes ensure that endocannabinoids get used when they’re needed, but not for longer than necessary.

What many people don’t know, however, is that there is a third type of cannabinoid called beta-caryophyllene (BCP). It was only just discovered as a cannabinoid in 2008, and while it is different from CBD, it interacts with CB2 receptors just the same.

BCP is a sesquiterpene compound found in hundreds of different plant species like peppers, oregano, cloves, hops, rosemary, and even the cannabis plant (3). It is found in particularly high levels in the copaiba evergreen tree.

Though originally considered a terpene, BCP is now recognized as a cannabinoid, given its interactions with the ECS. It specifically targets the CB2 receptors aiding in the reduction of inflammation and pain. While you can ingest some BCP by eating BCP-rich herbs and other plants, the most efficient way is through the essential oils of the plants.

Because of its unique ability to interact with only CB2 receptors, and not the psychoactive CB1 receptors (the ones that THC interacts with), BCP is beneficial for those who wish to avoid any psychoactive effects.

And this is where copaiba essential oil comes in.

The research being done with copaiba essential oil is pretty exciting. Most of the studies done so far have focused on its anti-inflammatory benefits, but science is also discovering that copaiba is a nerve protector and also possesses strong anti-tumoral properties. Here are just a few things copaiba can do for you.

By working on the opioid system and the endocannabinoid system, BCP can increase natural endorphins and reduce inflammation (5). It has been found to help relieve chronic pain and neuropathy (6), reduce muscle spasms and muscle pain, can also be applied topically and locally to areas of pain (8).

Recent studies have shown that oleoresin (naturally occurring mixtures of oil and resin that are extracted from the copaiba tree) treatment helps protect the brain. A research study published in Evidence-Based Complementary and Alternative Medicine looked at how copaiba oil-resin (COR) could be used as an anti-inflammatory and neuroprotectant after neural disorders. The results of the study found that “COR treatment induces neuroprotection by modulating [an] inflammatory response following an acute damage to the central nervous system [in rats] (9).”

Copaiba possesses both anti-proliferative properties and anti-tumoural effects. The anti-proliferative properties of copaiba means that it helps prevent the spread of cells, particularly those that are cancerous, into surrounding tissue. A study published in the Dental Research Journal in 2015 found that copaiba was able to kill MCF-7 breast cancer cells better than doxorubicin, a much-utilized chemotherapy drug for breast cancer.

Another small animal study published in 2015 found that BCP has the potential to inhibit solid tumour growth and lymph node metastasis (spread) in mice with melanoma (10). Other studies have found that BCP significantly increased anti-cancer activity against several cancer cell lines, including MCF-7 cells. The researchers even stated that “beta-caryophyllene potentiated [increased the effect of] the anticancer activity of paclitaxel,” a chemotherapy drug used and administered by many oncologists (11).

Copaiba oleoresin (mentioned above), was found in a small clinical trial to reduce pro-inflammatory cytokines associated with chronic psoriasis. Researchers noted “a significant improvement in the typical signs of this disease, i.e., erythema, skin thickness and scaliness (12).”

Another group of researchers conducted a double-blind, placebo controlled clinical trial to test the effects of copaiba on volunteers with acne. After incorporating copaiba essential oil with a gel for testing, the gel was applied to the areas affected by acne. The results showed that there was a highly significant decrease in the surface affected with acne in the areas that were treated with a 1.0% copaiba essential oil preparation (13).

How To Use Copaiba Essential Oil

Utilizing this oil can be as easy as rubbing it on your feet, or areas of the body where you’re experiencing inflammatory pain. If you’re applying it directly on your body, always test a small patch of your skin to see if you are okay with using it undiluted. If you have any kind of reaction, dilute it with a carrier oil like jojoba oil, coconut oil, or grapeseed oil.

Copaiba essential oil can also be diffused into the air so that the beneficial compounds will enter your lungs and bloodstream, directly benefiting every cell of your body.

If you plan on ingesting copaiba, always make sure that it is food-grade, 100% organic essential oil. Only use a few drops at a time in a smoothie or other drink. If you’re pregnant or on any kind of medication, always speak to a medical care professional before ingesting.

My Favourite Brand of Essential Oils

My favourite brand of essential oils are by far those created by Eden’s Garden. Their copaiba essential oil has an incredibly high concentration of BCP (even more so than DoTerra and Young Living essential oils), coming in at 60% (check out the GC/MS test here).