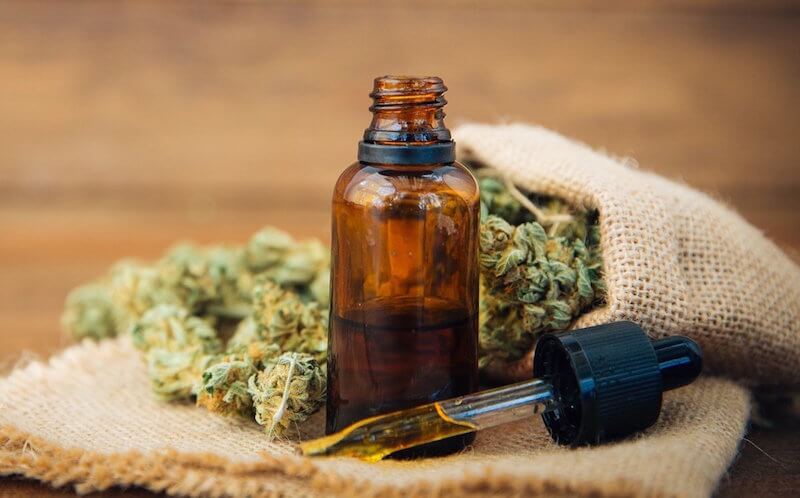 If you haven’t noticed, talk of cannabidiol (or CBD) oil has been on the rise. People are swallowing capsules, dropping it under their tongue or even vaping it, claiming that it helps relieve anxiety, depression, pain and so much more.

But are the health benefits of CBD oil really all that great? Science is saying yes.

What is CBD Oil?

There are a lot of misconceptions when it comes to CBD oil. First, while CBD is a compound found in marijuana, it is not the psychoactive compound, THC. Therefore, you will not get high when you take CBD oil.

CBD stands for cannabidiol, one of more than 85 different cannabinoids found in the cannabis plant. It is found in hemp, marijuana, and many other non-marijuana plants.

Cannabinoids are the primary chemical compounds found in hemp and all cannabis plants. The two you’ve probably heard of are CBD and THC. While high-CBD strains of marijuana are less common, that is beginning to change, given the rise in popularity of CBD products.

CBD oil itself is typically extracted from the resin glands on cannabis (marijuana) buds and flowers. It can also be extracted from hemp, but from what I’ve heard, the stuff that comes from marijuana is much more effective. Once the oil is extracted, it is typically diluted with another type of oil like MCT oil.

What is The Difference Between CBD and THC?

So what are the benefits of CBD oil that make it so great?

Recent cannabis research has identified CBD as the compound most responsible for a good chunk of marijuana’s medical health benefits. Here are the many benefits of CBD oil:

People are switching out their over-the-counter drugs for CBD oil – and for good reason. Taking CBD can reduce chronic pain and inflammation (the two go hand-in-hand), and can even prevent nervous system degeneration. CBD oil has even been approved in Canada for MS and cancer pain.

A 2011 study that used CBD to treat individuals with fibromyalgia (a condition that comes with chronic muscle pain) found very promising results for future uses in treatment. The participants were split into two groups – 28 used CBD, while the other 28 used traditional methods to treat their condition. Those who used the CBD had significant reductions in their symptoms and pain. The group that didn’t use CBD? They didn’t see much of an improvement (2).

CBD has a tremendous effect on our mental health. It is naturally anti-anxiety and anti-inflammatory and helps calm down those who use it. Given the amount of anxiety and stress that individuals with PTSD go through every day, it is no wonder that CBD could help.

One psychiatrist, Dr. Sue Sisley, noticed an “unexpected” trend amongst her veteran patients who deal with high levels of PTSD. She noticed that some of her patients were starting to recover and seemed to be more aware of their surroundings and circumstances. What was helping? Cannabis oil. “I was really stunned and more patients were coming out and disclosing to me that they were having some useful experiences with marijuana (3).”

When Dr. Sisley decided to do some studies herself, and applied for federal approval, she was met with “miles of red tape and resistance – like many other researchers before me.”

While not many studies regarding PTSD and CBD oil have been published, maybe one day the requirements won’t be as strict. In the mean time, anecdotal evidence like that collected by Dr. Sisley should be taken into consideration.

Being an anti-inflammatory, it is no wonder CBD works so effectively for those with digestive-related disorders like Crohn’s disease. Studies have found that CBD may be a good candidate to normalize gut motility in patients with inflammatory bowel disease (4). It has even been found to reduce gut inflammation severity through activation of PPAR-gamma, a type of nuclear receptor that modulates the transcription of its target genes (5).

As a result, some scientists claim that CBD could be an effective treatment for bowel diseases like Crohn’s disease. Given that CBD interacts with the systems that control gut function in the body, it could likely provide relief to those suffering from this condition.

Finding it hard to sleep at night? CBD oil could help. A main reason individuals suffer from insomnia is because they have racing thoughts – sound familiar? By reducing anxiety, CBD oil can be helpful in reducing sleep difficulties and improving sleep quality.

Preliminary research into cannabis and insomnia suggests that CBD may have therapeutic potential for treating those with insomnia (6). After all, one of the few side effects of CBD oil is tiredness.

One study published in 2011 compared the effects of a simulation public speaking test on healthy control patients and patients with social anxiety disorder who’ve never taken CBD before. The never-treated patients with social anxiety disorder were given either CBD or placebo 1.5 hours before the test. The results? Those treated with CBD had significant reductions in their anxiety levels, cognitive impairment and discomfort in their speech performance. They eve had significantly decreased alertness in anticipation of their speech. The placebo group had higher anxiety, cognitive impairment and discomfort (8).

CBD and other compounds found in cannabis have anti-tumour effects and could be used to improve standard chemotherapy treatments (9). Multiple studies have demonstrated CBD’s effects on the death of certain cancer cell lines.

CBD has also been found to decrease human glioma cell growth and invasion, suggesting a possible role of CBD as an anti-tumour agent (13).

Research shows that CBD has beneficial antipsychotic effects. Studies have found that CBD prevent human experimental psychosis and is effective in clinical trials in patients with schizophrenia, with an impressive safety profile (14).

If you haven’t already seen the videos of cannabis oil helping with seizures, I suggest you go do a quick YouTube search! In 2014, researchers reported on preliminary results of a study that involved children with treatment-resistant epilepsies.

Patients with epilepsy received a purified 98 percent oil-based CBD extract called Epidiolex. After just 3 months, 39% of the 23 patients had a 50% reduction in seizures, with a 32% median reduction (15).

Many parents of children with epilepsy have also utilized CBD oil to reduce seizure frequency, with a high success rate.

A 2013 study published in the British Journal of Clinical Pharmacology found that CBD protects against the vascular damage caused by a high-glucose environment, inflammation, or the induction of type 2 diabetes in animal models (16). This same study also found that CBD influences the survival and death of white blood cells, white blood cell migration and platelet aggregation.

This data suggests that CBD poses a supportive role for treating heart conditions.

Other studies in human participants have found that marijuana use was associated with 16% lower fasting insulin levels (18) – a factor connected to the onset of diabetes symptoms.

My Experience with CBD Oil

I had the chance of purchasing some CBD oil from Nelson Potorium this last summer and decided to give it a go (in Canada you are allowed to purchase CBD oil, as there is no THC present). After all, I wouldn’t want to promote something on my website that I didn’t totally agree with.

I also purchased some for my sister, who is currently healing from Lyme’s disease. She has really bad body pain as a result of the Lyme, as well as anxiety. Her first time using a dropperful of the CBD oil, her anxiety went away, and no more back pain.

While I don’t have Lyme’s disease, and attribute my diet to my good health, I did mess up my shoulder back in February of 2017, and it has given me issues ever since. I also get stress and anxiety from time to time, so I figured I could try it out and see if the oil would work for the situations I was dealing with.

After a week of using the oil, I found my shoulder had better range of motion, and my ability to use that arm improved. The pinched nerve that triggered my shoulder pain seemed to ease up a little bit (likely due to reduced inflammation), and my mood improved (having a buggered up shoulder can impact your mental health when you stop doing the activities you love).

During that week, any stress and anxiety that would have come my way, simply didn’t. I definitely felt better, mentally, and physically too. The feeling is almost unexplainable – like a subtle inner calmness.

After three months of using the oil, I would say my shoulder improved 70%. And my bouts of stress and anxiety decreased substantially. The only downside of using CBD oil was that it made me a lot more tired throughout the day, so for anyone who needs a lot of energy for a certain event, I would highly suggest not taking CBD oil that day.

While I don’t like to be dependent on things, I have since reduced my consumption of the oil, but I use it when my shoulder flares up, or when I am experiencing stress or anxiety (which is rare).