Category: > Health > Amazing Benefits And Uses of Coconut Oil For Your Hair
10shares

The benefits of coconut oil go beyond its use in cooking as it has been shown to have some amazing benefits when you include it in your hair products.

When you groom your hair too often, you are more likely to cause it to damage in the process. This is because washing and styling your hair with chemicals result in the loss of fibrous protein, a major part of the hair’s cortex. One study showed that protein loss from the hair is responsible for making it fragile, hence causing breakages.

Coconut oil is very effective in reducing the loss of protein from your hair. Applying coconut oil to your hair will prevent your hair from breaking and becoming fragile. In fact, coconut oil has been found to be more effective than several oils in achieving this.

Coconut oil was found to be the best of the three in preventing protein loss both before and after hair washing. It was so effective that it reduced protein loss in both damaged and undamaged hair, while both sunflower and mineral oils were not as effective.

In addition, another study found that applying coconut oil to your hair after washing can reduce the friction caused by styling thereby making it less likely to break or snag.

Regular application of coconut oil can also help in making your hair longer. This is due to its moisturizing effect and the protection from breakage and environmental damage. For example, it has been shown that coconut oil can protect your hair from the damage caused by UV light of the sun.

There are different ways through which coconut oil can be applied on the hair:

• Conditioner: After washing your hair, you can gently comb through with coconut oil until it spreads.
• Hair mask: Apply coconut oil to your hair for some hours before washing. This will prevent the possible damage during washing.
• Scalp treatment: Before going to bed, you can gently massage some coconut oil into your scalp and wash it off in the morning.
• Morning application: Applying coconut oil daily before stepping out can help you maximize its moisturizing property while also receiving protection from UV light of the sun.

There is no hard and fast rule about the amount of coconut oil to apply. It depends on the nature of your hair. People that have thin hair usually require a lesser amount compared to people with long and thick hair.

Coconut oil remains a very healthy oil and a great addition to your hair products. 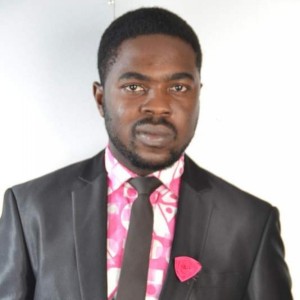 Matthew Kuyoro is a freelance health writer at www.healthnichewriter.com. He has several years of experience writing informative health articles that has always emphasized the role of food as medicine. He believes that nature has immense potentials, in both the prevention and management of several diseases, and spends most of his time sharing these truths through his articles. 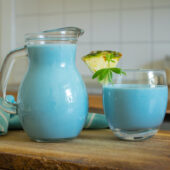