Category: > Self Improvement > Are We Living Too Fast?
296 shares 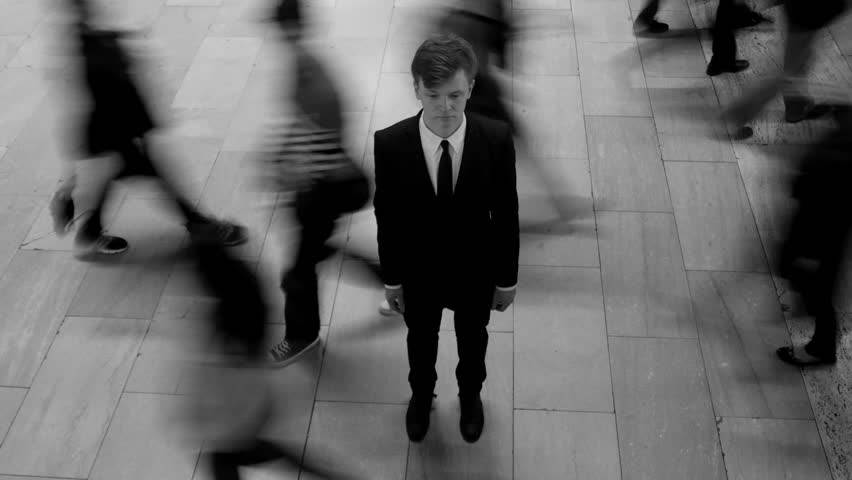 We’re living in an era where new technologies are released practically every day. Most of these technologies are designed with the purpose of entertaining or providing convenience to the user – the latter typically in the form of time-saving.

Few people would disagree that the invention of the vacuum cleaner or washing machine has had tremendous benefits for the average person with limited time and energy to spare on such mundane household tasks. Faster aviation has helped connect the globe, making it possible for people to get on a plane and arrive on the other side of the planet in less than a day later. The voice command function on our phones allows us to quickly search Google without the hassle of having to type a single word.

Reducing time seems to be the main priority of not just tech developers and engineers, but of the average person trying to build a lifestyle based around efficiency. Take Silicon Valley; the hub of international entrepreneurs, start-ups and world-famous companies. With a workaholic culture and emphasis on over-achievement comes certain lifestyle tendencies designed to minimize wastage of time and subsequently increase productivity. But what happens when this perceived ‘time wastage’ actually involves activities that are not just important for our mental health, but vital for our physical health – such as eating and sleeping? Is our obsession with speeding up tasks starting to do us more harm than good?

A recent startup named Soylent are selling what they claim to be the ultimate liquid meal – a shake designed to give its consumer the necessary nutrients and feeling of fullness a typical meal would, but in just a fifth of the time. No need to browse the supermarket during your break, or prepare lunch boxes from home, when you can instead wolf down a protein-packed drink in one minute. No need to search for recipes, buy ingredients, stand in queue at a takeaway or – most time-consuming of all – sit down with friends and family for a proper meal. It may be the ideal vision for an ambitious young person looking to maximize their time spent at work – but at what expense?

There is, after all, a reason we have lunch breaks in the first place – and it’s not just for the sake of curbing hunger or nourishing ourselves. Taking a break from work to clear your head and recharge could be more beneficial to your career than instead using that time to cram in more work. “From a productivity standpoint, there are diminishing marginal returns when you ask your brain to exert constant effort through an eight-hour day,” says Dr. Janet Scarborough Civitelli, a workplace psychologist. “When workers skip a lunch break on a regular basis, they often don’t realize that fatigue and burnout are creeping up on them until they wake up one day and ‘suddenly’ feel less enthusiastic about their jobs or businesses.”

Brigid Schulte, a Washington think-tank member and author of ‘Overwhelmed’, explains further how the mindset of devoting as much time as possible to work can ironically make one less productive, leaving one fatigued and with decreased mental cognitive ability. “All the research shows, from neuroscience to economic data, that [more work] really does not produce the best results,” she says in an interview with BBC. “You get to 50 hours a week and your productivity starts to decline. You get to 55 hours a week and it falls off a cliff. Most people would be more productive if they actually did less…we are definitely losing creativity and innovation when we work so much and get so tired.“

On top of this, a significant number of people already have their concentration skills and energy levels compromised by not getting enough sleep. When overworked employees have to fit in all socializing or ‘me time’ toward the end of the day, they typically go to bed at a later hour – sometimes not until the early morning. Then, the especially ambitious will get up just a few hours later to fit in a morning jog or get a head-start on their emails. Arianna Huffington describes the world’s widespread sleep deprivation as a ‘global health crisis’, and claims the perpetuation of a “sleep is for the weak” attitude amongst professionals is to blame. In her book, ‘The Sleep Revolution’, Huffington argues that better sleep, and not more work, is the key to more successful, fulfilling lives.

Critical thinking and concentration skills aside, general well-being can also take a hit amidst an accelerated lifestyle. Sit-down dinners with friends and family aren’t the only social occasion we sacrifice in attempt to spend more time at work. With instant messaging, people talk face-to-face significantly less often than they did a couple of decades ago. Whilst online chat brings with it a whole range of benefits (shy introverts or people who regularly find themselves pressed for time can testify), there’s something to be said for going the extra mile in meeting up with a person. A study at Stanford University even found that depression is higher amongst teenagers who more frequently use instant messaging. “The ease of online communication may lead to weaker social ties, because people have less reason to leave their homes and actually interact face to face.” Furthermore, the absence of body language and intonation in online communication may mean that frequent users of instant messaging struggle to develop basic social cues.

That brings me to speed dating; a bizarre concept to some, a logical one for others. Though speed dating is not reliant upon technology and was more common in the 90s than it is today, modern-day dating apps seem to be founded upon the same concept of expediting the development of relationships. Tinder, the dating app which allows users to ‘cut to the chase’, is a prime example. A quick swipe in either direction will let a user match with those they find attractive (based on up to five images and a short description), whilst disregarding the others. Once two users match with each other, either one can start a conversation in a private chat. The nature of the app leaves users with clear expectations as to this being a potential romance. Users typically exchange messages from between one hour to one week before meeting up. Though the app is hailed by many as a simplified, convenient and straight-forward means for busy people to make romantic connections, others worry about the normalization of a straight-to-dating culture.

Tinder, and other apps aimed to speed up relationship building, have people forego many basic psychological and emotional steps of relationship-building. Neither user has much time to get to know their ‘match’ outside the realm of romantic expectations, and can therefore not build the romantic connection upon a pre-existing friendship. Not a concern for some people, perhaps – but others might find this expedited form of dating an emotionally unfulfilling experience; more shallow and unsatisfying than it is romantic and rewarding.

Finally – even our playtime is pushed aside in favour of ‘saving time’. People are opting for quick power exercises as opposed to stamina-building activities, trying to burn as many calories as possible in a short period of time, rather than exercising for pleasure and for mindfulness. Online, you’ll find plenty of guides for how to meditate in just under five minutes. Strategy games which typically require patience are revived in ‘speed variations’. On the game-streaming platform Twitch, speed run-throughs (which can see a player complete a 5-hour game in 30 minutes) are growing in popularity, where variants like ‘speed poker’ are becoming more common than the game from which they originally derive. Speed chess and speed scrabble are also increasing in popularity – but do these quick mini-games truly give the same satisfaction as playing with the one-hour dedication for which these games were originally designed?

It seems that time reduction is nowadays also resulting in a reduction of relaxation and enjoyment. As John Lennon once said, “time you enjoyed wasting is not wasted time”. With the clear emotional and physical dangers of living too fast, perhaps we should place greater value on the day-to-day tasks which deserve our focused attention. Maybe, instead of wishing the train commute was shorter, we should instead appreciate the rare moments in which we can be left alone with our thoughts, watch the wildlife whizzing past, or finally allow ourselves the luxury of diving into a good book…