Category: > Health > The 2018 Dirty Dozen List Is Here! Find Out Which Fruit and Veggies to Always Buy Organic
449shares 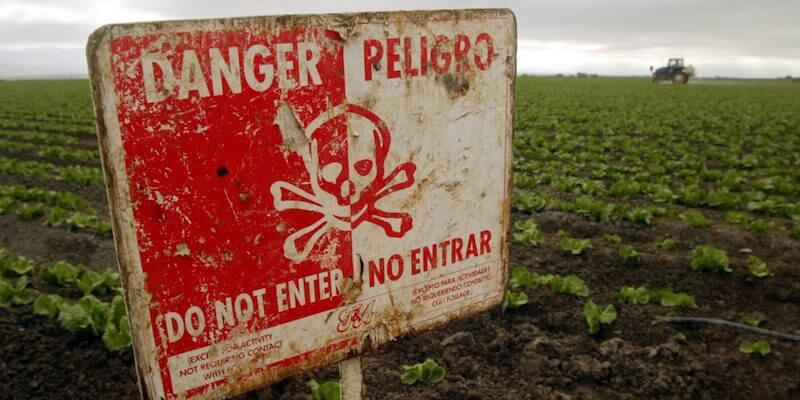 Every year, the Environmental Working Group researches which conventionally grown fruits and vegetables contain the most pesticides. Last year, strawberries were found to be the “dirtiest” produce source, and they remain at the top of this year’s 2018 Dirty Dozen™ list.

EWG’s analysis of tests by the U.S. Department of Agriculture found that over 70 percent of samples of conventionally grown produce were contaminated with pesticide residues. The USDA researchers found a total of 230 different pesticides and pesticide breakdown products on the thousands of produce samples they analyzed. These pesticide residues remained on fruits and vegetables, even after they were washed, and in some cases, peeled.

What’s So Bad About Pesticide Exposure?

Pesticides take a big toll not only on our health, but the environment, too.

Even though pesticides are sprayed on land, they eventually make their way into nearby water sources like rivers, oceans, lake and ponds. For example, pesticides from an apple orchard may end up in a nearby stream due to runoff. Once a body of water becomes contaminated with chemicals, fish and other animals can get sick and even die. This throws the whole ecosystem off balance.

Pesticides can also affect groundwater by a process known as leeching. Many people who live rurally depend on groundwater for their drinking supply (like those who have wells) – but if that water has pesticides in it, then the people drinking it are putting their health at risk.

In terms of human health, pesticides are harmful to adults, but even more so for children.

Dr. Sonya Lunder, an EWG senior analyst said it’s particularly important to reduce young children’s exposure to pesticides. The pesticide industry and chemical agriculture maintain that pesticides on produce aren’t anything to worry about, but doctors and scientists strongly disagree.

“Even low levels of pesticide exposure can be harmful to infants, babies and young children, so when possible, parents and caregivers should take steps to lower children’s exposure to pesticides while still feeding them diets rich in healthy fruits and vegetables,” said Dr. Philip Landrigan, Dean of Global Health and Director of the Children’s Environmental Health Centre at Mt. Sinai (1).

Dr. Landrigan was principal author of a landmark 1993 National Academy of Sciences study titled “Pesticides in the Diets of Infants and Children.” The study led to enactment of the 1996 Food Quality Protection Act that set safety standards for pesticides on foods.

A more recent study in JAMA International Medicine, a journal of the American Medical Association, found a surprising association between consuming high-pesticide-residue foods and fertility problems among participants in the Harvard University EARTH study (2).

The study found that women who ate two or more servings per day of produce with higher pesticide residues were 26 percent less likely to have a successful pregnancy during the study than participants who ate fewer servings of these foods. A previous study of male participants found similar association between consumption of high-residue product and reproductive health (3).

What they found was that nearly all samples of strawberries, spinach, peaches, nectarines, cherries and apples tested positive for residue of at least one pesticide.

They found the following (8):

– Conventional cherries had an average of five pesticides, with 30% of cherry samples containing the pesticide iprodione, a pesticide not allowed in Europe, which may cause cancer.

– Pears contained several pesticides in relatively high concentrations, including insecticides and fungicides. More than half of conventionally grown pears tested had residues of five or more pesticides.

– Around four pesticides were detected on conventionally grown tomatoes. One sample of conventional tomatoes contained 15 different pesticides and breakdown products.

– Conventional potatoes had more pesticide residues by weight than any other crop. One pesticide, chlorpropham, makes up the bulk of pesticides detected on potatoes.

Comparing this to the EWG’s clean fifteen list, where relatively few pesticide residues were detected. Less than 1 percent of avocado and sweet corn samples showed any detectable pesticides, and more than 80% of pineapples, papayas, asparagus, onions and cabbages had no pesticide residues.

Here are twelve of the most pesticide-contaminated foods that you should most definitely always buy organic.

This list includes produce that you can get away with buying conventional. While sweet corn is on the list, I personally suggest always buying this food organic, as conventional crops are grown from genetically modified seeds.