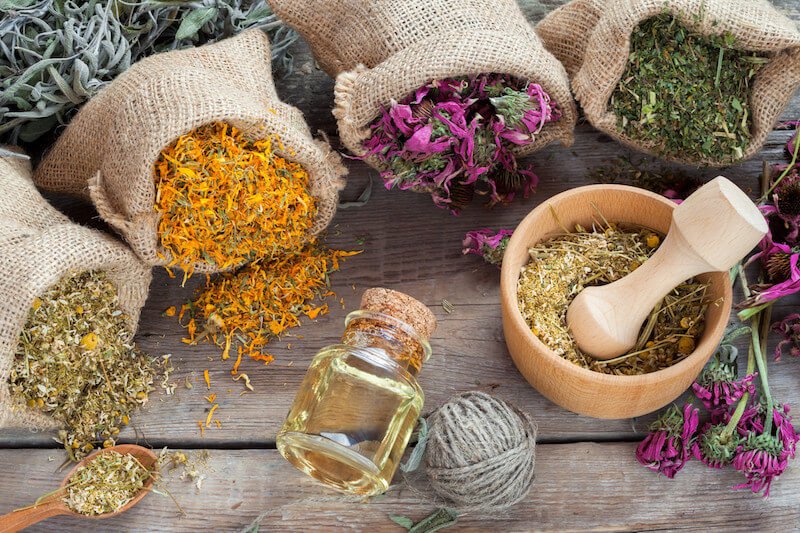 For many people, modern medicine can often be hit or miss. While there are treatments for just about everything, they don’t work for every patient, and in some cases, the side effects are worse than the disease itself.

That is why so many patients are turning to alternative medicines with the aid of certified naturopaths. Let’s look at some of the most useful natural medicines naturopaths swear by, where they come from and how they can help.

Willow trees, with their wispy drooping branches, tend to dot the landscape anywhere there is a source of fresh water. What most people don’t know is these beautiful trees are also a source of one of the world’s first painkillers — willow bark.

The bark of the willow tree contains salicylic acid, the main ingredient in modern-day aspirin. Humans have known about willow bark’s properties as a painkiller and fever reducer since the time of the ancient Egyptians, and today those who cannot take modern OTC aspirin use it as an alternative.

World explorers may have been intrepid, but they weren’t the most creative at naming things. When Captain James Cook discovered the leaves from the Melaleuca alternifolia tree brewed a tasty tea, he named it the “tea tree,” and the name stuck.

People have been using the oil from this tree’s leaves since 1770 because of its natural antimicrobial properties. When Cook arrived in Australia, where the plant grows, he found the aboriginals using the tree to treat skin infections. Today, it is used widely for hair health, acne treatment and even the extermination of lice.

We use garlic in our food, but it also makes a fantastic naturopathic medicine because of its natural antifungal, antiviral and antibacterial properties.

There are mentions of garlic being used as a medicine as far back as Biblical times — Jewish slaves in Egypt allegedly ate garlic, onions and other vegetables from the allium family to increase their strength and productivity. Today it’s a favorite of naturopaths because it is useful for anything from skin fungus to reducing blood pressure.

Honey is inherently antibacterial. It doesn’t ferment or go bad naturally — you can open a tub of honey from 5,000 years ago and still safely eat it. Researchers in Egypt have found pots of honey in tombs, surrounded by mummies, which are still safe to consume.

In addition to its seeming immortality, honey is good for skin treatments, reducing allergies — consuming small amounts of local honey every day helps desensitize your immune system — and even help improve sleep.

This spicy root is a staple in many recipes, but it also has medicinal properties many people overlook. Ginger is primarily used to quell nausea and to treat other stomach ailments.

It was mentioned in the writings of Confucius and has even been used in Western medicine for more than two millennia. It is also a staple of modern Chinese medicine.

Sleep problems plague a large part of the population — the CDC estimates only one in every three adults is getting enough sleep. Melatonin is a hormone your brain makes naturally, but if you don’t produce enough of it, you may have trouble sleeping.

This hormone is the first choice of many naturopaths for patients who are complaining of insomnia or sleep that isn’t restful. Melatonin is a fairly new naturopathic remedy, though — researchers didn’t isolate the hormone in the human brain until 1958.

Foxglove is a naturally occurring herb that has been in use since 1250 or so for its cardiac properties. This is one case of natural medicine making its way into modern practice.

Your cardiologist might not prescribe foxglove tea, but the herb contains digitalis, which is used in modern medicine as a treatment for congestive heart failure and irregular heartbeat.

You can find chamomile tea in any grocery store, marketed as a calming agent or a sleep aid. Chamomile was worshiped as a healing herb in ancient Egypt and arrived in Britain in the 16th century, where people cultivated and used it for digestive problems. Today, it is mainly in teas and supplements, and works as a sedative and muscle relaxant.

Migraine headaches are the worst, especially if your migraines don’t respond to traditional treatments. Feverfew first made an appearance in natural medicine in ancient Greece and was also used by early European herbalists to treat migraine headaches, arthritis and other conditions. Its anti-inflammatory properties work today as a natural treatment for migraine headaches.

Modern medicines for the treatment of depression work well, but many have harsh side effects that are often difficult for people to handle. St. John’s Wort is named for the fact that it only flowers around St. John’s Day and the summer solstice, and has been used as a natural treatment for depression and anxiety since the first century CE. Today, numerous studies have shown it is just as effective as prescription antidepressants for mild to moderate depression.

Naturopathy is growing in popularity, but should only be used to complement traditional medicine, rather than replace it. Under the advice of a doctor, many of these treatments can be just as effective as their modern counterparts.

Kayla Matthews is a productivity blogger and senior writer at MakeUseOf. Her work has appeared in The Odyssey, The Next Web and Houzz. Read her articles on Productivity Theory or follow her on Twitter @KaylaEMatthews.