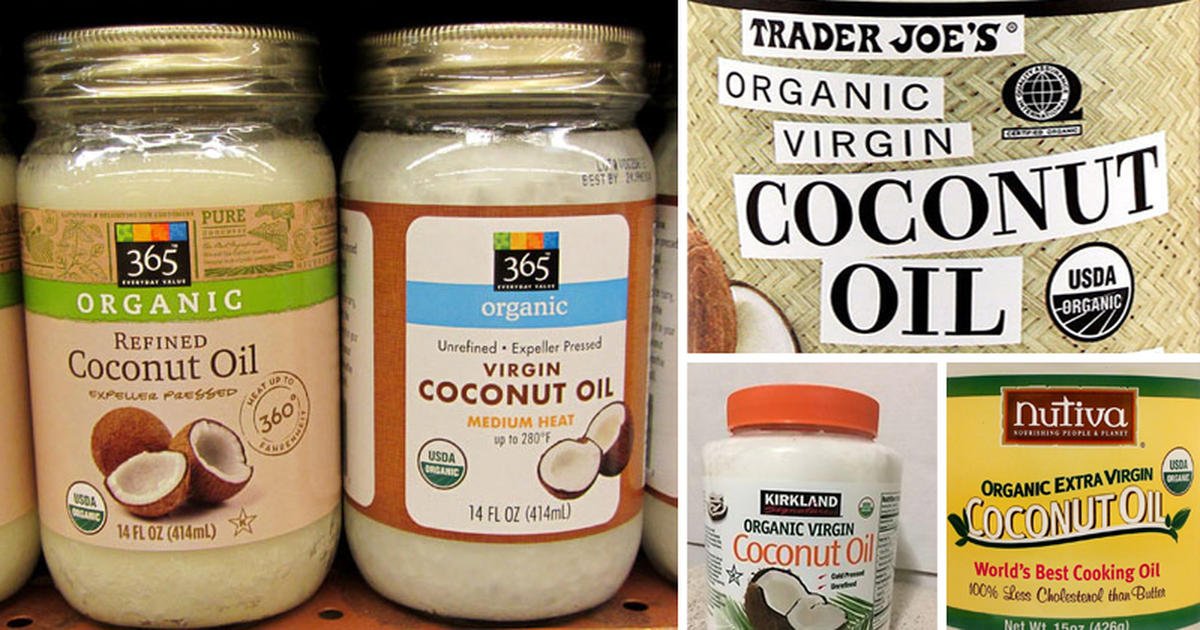 Coconut oil has exploded in popularity over the past couple years, and for good reason, too. The oil is known to boost metabolism and provide the body with anti-viral, antibacterial, anti-microbial and anti-fungal properties.

As the market for coconut oil exploded, so did the way companies manufactured it. Instead of having one option for coconut oil, multiple varieties started popping up. This made decoding coconut oil labels tricky for some, and downright confusing for others.

To clear up some of the confusion, I’ve decided to write this article so you can feel a little more confident about making an informed purchase.

One of the most confusing thing about coconut oil is their labels. Refined vs. unrefined, virgin vs. extra-virgin, organic vs. non-organic – the list is limitless. Knowing what these labels mean can help you pick a product that’ll suit your consumption needs. Here are a few things to look out for:

To create an oil, you need to extract or remove the oil from the roughage of the plant. This requires an extraction process that separates the roughage (whether that is a seed, nut, legume or grain) from the oils.

The worst method of extraction? Using a solvent like hexane, a hazardous chemical. While this method is effective (it extracts over 99% of the oil), the hexane needs to be removed by heating the oil to a high temperature, which changes the flavor of the oil.

Better methods of extraction, which are more commonly used for coconut oil are either expeller-pressed or cold-pressed. These extraction techniques can be found in both refined and unrefined (virgin) varieties.

Cold-pressed coconut oil is produced in a heat-controlled environment, where temperatures don’t exceed 120 degrees. The result? A high quality oil that has a stronger coconut flavor. Cold-pressed coconut oil is also considered “raw” and retains all of its nutrients. While some companies go to great extents to ensure their temperatures remain below 120 degrees, the term cold-pressed is not regulated in the United States like it is in Europe. This means that “cold-pressed” in the United States could mean anything under 400 degrees.

Expeller-pressed coconut oil, on the other hand, is a chemical-free process that uses a mechanically-operated press that squeezes out the oily material. This type of extraction process can create high temperatures, especially when squeezing hard nuts (like a coconut). The issue high temperatures is that they can change the flavor of the oil, and may yield only 65-70% of the oil. As a result, many companies try to extract the rest of the oil by using a chemical solvent (like hexane).

Refined, as you might have guessed, is more processed than unrefined oils. Refined coconut oil is usually processed at over 400 degrees Fahrenheit. You can imagine what this does to the nutrients in the oil – it completely strips it, and degrades the quality of the oil. It won’t have that beautiful coconut aroma that unrefined oils have.

Refined coconut oil comes from dried coconut meat, and it needs to be purified first with bleaching clays as contaminants rise during the drying process. High temperatures are then used to deodorize the oil to remove odor and flavor (hence why refined coconut oil is tasteless and odorless). And in order to obtain 100% oil from the coconut meat, some brands may resort to using chemical solvents.

Unless the bottle specifically states “unrefined coconut oil,” it is likely refined.

Unrefined coconut oil is synonymous with the term “virgin” coconut oil. Instead of being derived from dried coconut meat, unrefined coconut oil comes from the real fresh meat. The fresh meat gets quick-dried, while the oil is mechanically extracted. Another method of extracting oil from the meat of a coconut is called wet milling, where coconut milk is extracted from the fresh meat before being boiled, and then separated from the milk by using enzymes or a centrifuge. The process is incredibly quick, so unrefined oil doesn’t need any additives or bleaching. It also isn’t exposed to high temperatures like refined oil is, so it keeps its flavor and fragrant coconut odor.

As stated above, virgin coconut oil is unrefined coconut oil. But is there any difference between virgin and extra-virgin coconut oil? Sorry to burst your bubble, but no. There are no regulations that govern the purity of coconut oil (unlike olive oil), so the terms generally mean the same thing (one is not better than the other). The best way to tell if your oil is virgin or extra-virgin is to open the container and smell it. If it smells strongly of coconut, you can be guaranteed that your product is unrefined.

Coconut palms are pretty hearty plants, so whether you’re buying organic vs. non-organic coconut oil, the difference won’t matter much (pesticide use in coconut palms is minimal). There is also no such thing as genetically modified coconuts, so you wouldn’t have to worry about your coconut oil being GMO.

The only benefit of choosing organic over non-organic would mean that the processing is more gentle. You’d have peace of mind knowing that your coconut oil was not made with pesticides, chemicals or additives during processing.

Fair trade certification is another thing you might want to keep an eye out for. Oils that are mass-produced and cheap, also use cheap labour to produce them. This means unfair wages and treatment of those who are creating the product for consumers. If you can find a fair trade coconut oil, you’ll not only be helping out those who handle the coconuts on the other side of the world, but you’ll be helping out the environment, too.

A Little Thought on Glass vs. Plastic Containers

I am not a fan of plastic when there are options of purchasing oils in glass jars, so glass is always my first option. Glass doesn’t transfer the awful plastic taste into the oil, and it also helps to lock in nutrients. Oils sold in plastic are usually mass-produced and lower quality, so while it may be good for your wallet, it may not be the same for your health. The high levels of lauric acid in coconut oil may also eat away at the plastic over time, meaning that plastic leeches into the oil itself (and directly into your body).

The BEST Brands of Coconut Oil

Below are just a few of my favorites, as you’ll soon find out why.

This coconut oil is organic, virgin, cold-pressed, unrefined and non-hydrogenated. It is also made from sustainably harvested coconuts, and you have the option of purchasing it in a glass jar, or a plastic jar. The coconut flavor of this brand isn’t as over-powering as others, so it makes a great option for those looking for a more neutral tasting (but still high-quality) coconut oil. You can purchase Nutiva here.

While this brand of coconut oil does come in a plastic jug, it is still a super high-quality oil that tastes great and is easy on the wallet. This oil can be easily found at Costco, making it available to anyone who is looking for a healthy oil alternative. You can also purchase Kirkland Signature brand coconut oil online here.

Dr. Bronner’s fair trade coconut oil is cold-pressed from dried coconut kernels with brown inner skins that were left on. You can expect this coconut oil to be aromatic and a lot more nuttier-tasting. It is also USDA certified organic, as well as certified Vegan and Fair Trade certified. Can’t get any better than that! You can purchase Dr. Bronner’s coconut oil here

The first thing I noticed about this jar was the beautiful packaging. This coconut oil is organic, cold-pressed, virgin, and comes in a glass jar. And while this oil is not fair-trade certified, the company states that they believe in fair trade principles and ensure they source coconuts from Sri Lanka. You can purchase Coconut Country’s coconut oil online here.

Another great coconut oil comes from Aunt Patty. This company assures fair wages for coconut farmers in the surrounding villages and towns of Butuan City in Northern Philippines. This oil is made from dried, ground coconut meat, which is then cold-pressed to create a rich aromatic oil. It is also Non-GMO Project Verified. You can purchase Aunt Patty’s coconut oil here.