Category: > Health > Use A Himalayan Salt Lamp, And THIS Is What Will Happen To Your Lungs, Brain, And Immune System
3.1K shares 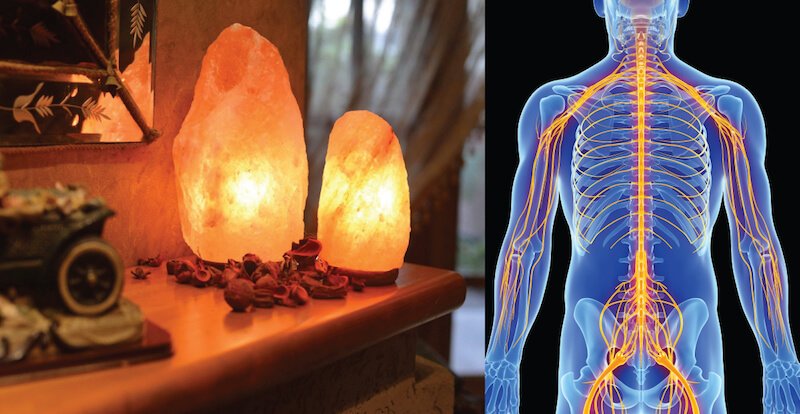 If you’ve never owned a Himalayan Salt Lamp, you may want to consider buying one. It’s soft glow, and warm feeling it gives off are enough to invest in one. But what if these lamps did more than just make us feel all warm and fuzzy inside?

Before I get into the benefits, lets talk a little bit about salt lamps in general. Himalayan salt lamps are believed to act as negative ion generators. How do they do this? When you heat a salt lamp by way of light (or other method), negative salt ions are released. These ions help neutralize particles in the air that we otherwise wouldn’t want.

To add on top of this, salt absorbs moisture from the air, meaning it is “hygroscopic.” This means that it absorbs other particles from the air, like dirt, bacteria, pollen, and pollution, (which are carried in water vapour), and locks them into its salty matrix. Once this little feat has been accomplished, the lamp then re-releases clean water, cleansing the air. So when the salt lamp is heated (after being saturated from water in the air), it dries out, then the cycle is repeated.

You can find salt lamps anywhere – I bought some from a local rock shop. I would suggest buying them Fair Trade, from this company (who I am not affiliated with) – that way, everyone benefits. Just don’t buy a fake salt lamp – you can read more on that here.

Here are 10 ways using a himalayan salt lamp can improve your health:

1. Cleanse and Deodorize The Air

As described above, negative ions help to remove dust, pollen, dander, bacteria, and cigarette smoke from the air. By trapping water molecules, salt lamps also trap the contaminants contained within said water molecules. As the himalayan salt lamp heats up from the light inside, the water that carried foreign particles is released back into the air, leaving the contaminants behind, locked in the salt matrix.

This study found that breathing in air that has been negatively ionized is actually improve bronchial response. In fact, Himalayan pink salt inhalers even exist, which give merit to this claim. Himalayan salt lamps can also pick up and store from the air mold, dust, mildew, dander, and pollen, all of which aggravate allergies and asthmatic symptoms.

One of the most prized benefits of himalayan salt lamps is their ability to help with Seasonal Affective Disorder (SAD). SAD is a form of depression that occurs during the winter months. Many studies (like this one) have found that negative ions help relieve symptoms of SAD – something that thunderstorms, oceans, bodies of running water, the sun, and mountain breezes readily provide the air with. The natural warm glow of salt lamps is also close to that of the sun, which can help relieve symptoms of SAD in itself!

We are surrounded by electromagnetic radiation – whether it be from our phones, our computers, the television, tablets, and other appliances. We can never seem to escape these waves. These waves are generated by positive ions, so balancing them out with negative ions from salt lamps is beneficial to the body. They might not completely eliminate all the waves we are bombarded by, but they definitely help reduce them.

Similarly to a forest that emits negative ions, and the subsequent relief and invigoration we may feel from spending time in nature, salt lamps do the same. Maybe not to the same extent that a forest can (nothing can replace the energy of a forest!), but for city folk who can’t get out that often, salt lamps can help improve energy as well as your overall mood.

Over-exposure to positive ions from technology robs you of decent sleep quality. Electromagnetic radiation affects us, even when we sleep. By generating negative ions, himalayan salt lamps help to reverse this problem, improving air quality and reducing the effect of positive ions. PLUS, using a salt lamp as your light source instead of regular bright lights before bedtime will naturally help you fall asleep better.

Although this isn’t really a health benefit, it sure can be a hassle for some! By neutralizing positive ions in the air, a salt lamp saves you the trouble of zapping yourself, your pet, or your loved ones (all three of which I have done).

Humans are made of tiny vibrating particles – in a sense, we’re all just really condensed energy balls. Negative ions help neutralize free radicals, revitalize cell metabolism and enhance immune function. So if you want to keep your immune system strengthened, try incorporating some salt lamps in your home. It wouldn’t hurt! Plus, they simply feel good to have around, and look beautiful, to boot.